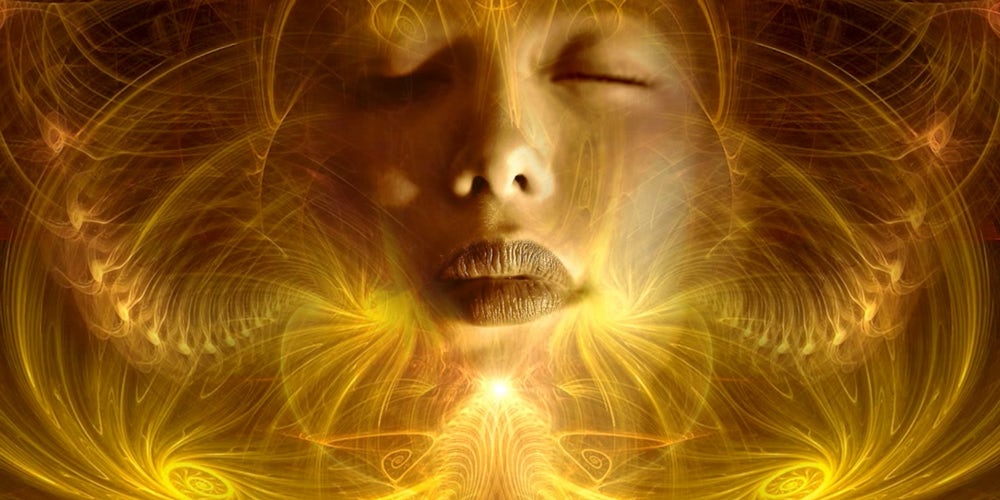 When the United Nations set out to regulate drugs, indicting every living thing probably wasn’t what they had in mind. But, according to their Convention on Psychotropic Substances, we all come into the world as criminals. At least, that’s what the current science on our psychedelic selves tells us. Since 1971, dimethyltryptamine (DMT) has been illegal across much of the world and, in that time, humans and every other living organism have been producing it against their will.

In the United States, there are only a handful of religious groups which can legally use DMT. These groups have been granted permission by the Supreme Court to drink Ayahuasca, a hallucinogenic brew for which the main psychotropic ingredient is DMT. For the rest of us, this mysterious molecule remains in the highest restrictive category of controlled substances.

“DMT is DMT wherever it is found,” Rick Strassman, one of the leading researchers in the field of psychedelic science, told me. “The concentrations in the body are incredibly low compared to what’s smoked or injected, but it is the same.”

Strassman is widely acknowledged to have started something known as the “psychedelic renaissance” when he became the first scientist in decades to administer psychedelics to humans in the lab. Those tests, launched in the early 90s, have sparked an era of research which continues to grow to this day.

At the University of New Mexico, Strassman began his research with a focus on the brain’s pineal gland and the molecules synthesized there. Among them, he believed, was the powerful psychedelic DMT, which Strassman called “the spirit molecule” because of its reported spiritual effects. The mystical qualities of substances like DMT, and the incredible visions they induce, have actually inspired psychedelic researchers to scientifically measure spirituality as a part of their clinical trial outcomes.

So if DMT is in us, then why aren’t we constantly tripping?

The answer is found in enzymes produced by the liver, called MAOs, which block DMT’s psychedelic effects. Ayahuasca—the powerful hallucinogenic brew used for centuries by Amazonian tribes—works by deactivating these enzymes.

What does it feel like once DMT is activated in the body? The truth is, it can be different for everyone, but the strangest thing which science still can’t explain is that many people across cultures and history have had the exact same visions while tripping.

Under the influence of DMT, people often reported being transported into another world or abducted by aliens. This is equally true for users in natural environments and hospital settings.

According to Strassman, trips which end up being eerily similar are the result of DMT’s effect on serotonin receptors located in parts of the brain that are responsible for controlling visual, auditory and emotional effects.

“It’s the architecture of our minds that is being stimulated,” says Julian Vayne, whose book “Getting Higher” is a manual for psychedelic ritual. “If starfish could trip on psychedelics, they would probably have visions of shells and mollusks.”

Both Strassman and Vayne insist that this is not the same as saying that DMT visions are just delusions. There are a lot of things that we can’t see, but that doesn’t necessarily mean they aren’t there, they say. (Like gravity, for example.)

“I think what DMT is doing is it is stimulating the imagination,” says Strassman. “Psychedelics make things visible that are not normally visible. Those can be in the mind or things that exist outside of us.”

DMT has been discovered in the lungs, the brain and even the eyes in studies conducted on mice, humans, and primates. It’s such a core part of who we—and other animals—are that some researchers have wondered whether the chemical, in part, exists within us because there’s a biological imperative to have psychedelic experiences.

“If you lie down on the floor, put on a suitable track and you do faster and deeper breathing for more than an hour, I guarantee you’ll have a psychedelic experience,” says Vayne.

Strassman too believes DMT may have something to do with the psychotropic experiences some people report without the use of drugs.

DMT could potentially explain, said Strassman, dreams and the visions women have reported having without the use of anesthetics during labor

Taking Strassman’s theories a step further, researchers in Hungary, led by Dr. Ede Frecska, are currently looking for traces of DMT in the placenta and the umbilical cord. They believe that DMT can prevent nerve cell damage, and is produced during birth and death to combat something called oxidative stress.

“If you’re dying and your brain oxygen is dropping,” Strassman explains, “DMT is released to minimize the damaging effects.”

Unfortunately, we still don’t have the technology to test exactly what is happening during many of these experiences. Because DMT doesn’t stay in the body very long and is present in such low natural quantities (picograms per mil or something like a billionth of a gram), some researchers now believe that the best approach might be to measure levels of DMT in the brain during different emotional and psychical states in which it might naturally occur.

For the time being, we know that the brain expends an extraordinary among of energy activating DMT. It is one of the only substances which can break something called the blood brain barrier.

“The brain only treats things in the bloodstream that way if it really needs them,” says Strassman.

So what does this mean about our relationship with psychedelics? Even though psychedelics are considered illegal in most countries, our bodies consider them natural and even necessary. You, your neighbor and even your neighbor’s Pomeranian, are all international drug criminals and there’s nothing you can do about it.

Get 20% off premium weed and discover the latest products, news, and deals in cannabis.
December 03, 2017 — Last Updated December 19, 2019
Written by Miroslav Tomoski