Chris Christie lied during the recent GOP debate and Dr. Sanjay Gupta fact checks him to prove it. 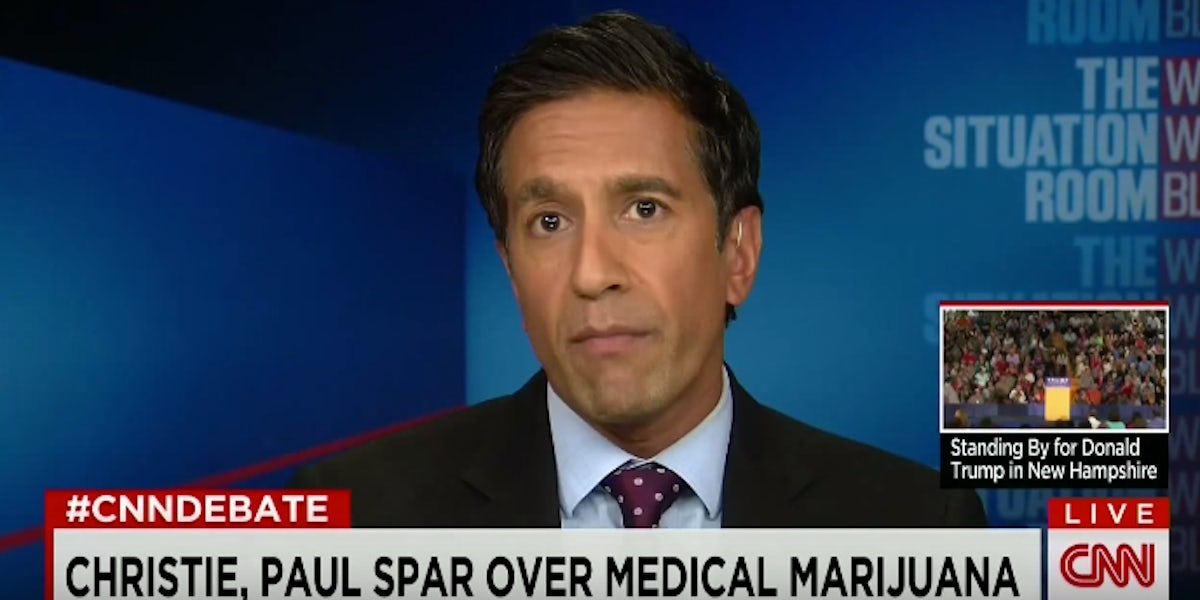 Hopefully you all have seen the GOP debate from the other week, because marijuana was actually brought up during it.

Specifically, marijuana legalization was brought up. As a quick recap, the positives that came from the debate regarding this issue were that candidates Rand Paul, Carly Fiorina and Jeb Bush would not allow federal interference with state cannabis laws.

Chris Christie, the candidate who has claimed he would enforce federal law over state laws that have deemed cannabis to be legal, was also a part of this segment as expected. While debating with Rand Paul (as shown in the video), Chris Christie was caught making a statement on how he supported medical marijuana.

For those who truly know Chris Christie and his history with cannabis policies, you know that is a lie. Dr. Sanjay Gupta, the incredible CNN Chief Medical Correspondent that has documented medical cannabis extensively through his “Weed” series, knew Christie lied as well.