Despite information from the past, cannabis is not the gateway drug we need to worry about. 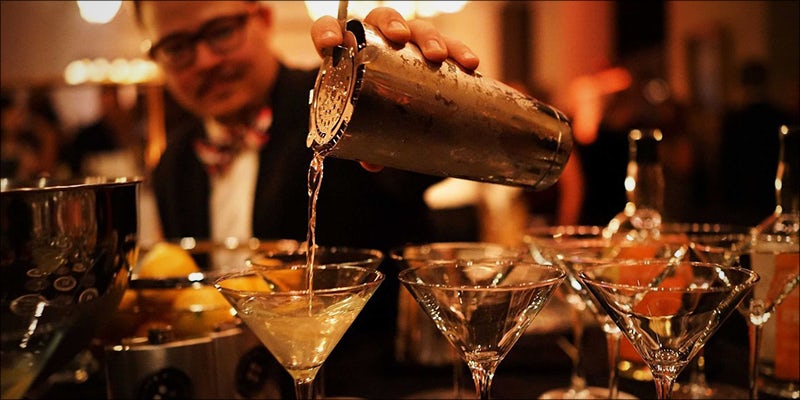 Since the days of Reefer Madness, cannabis has gained an unfair reputation for being the gateway drug. Much of the anti-cannabis propaganda we see today is still based on the completely inaccurate fear that using cannabis will cause consumers to seek out harsher drugs for a stronger high. Newly released information is proving cannabis isn’t the issue, but a much more accessible, legal substance might hold real cause for concern.

During the 1930’s and 40’s, the United States began running fear campaigns outlining the dangers associated with cannabis use. Insanity, dependency, and laziness were all said to result from just one, single puff.

Anti-cannabis crusaders also warned that using cannabis would lead consumers to use even harsher drugs, like cocaine or heroin, in a desperate attempt to chase the high. They labeled cannabis as the gateway drug to all other drugs.

These scare tactics resulted in entire generations living in fear of what might happen if their son or daughter ever became exposed to the horrendous plant, all the while pouring glass after glass of wine or liquor to calm their frazzled nerves.

While today’s population is more informed than ever, there are still those hypocrites who exist and claim cannabis is the dangerous plant portrayed in Reefer Madness, while using alcohol or tobacco on a daily basis.

New research proves that cannabis is not the gateway drug, despite the mindset of many anti-cannabis organizations. However, a much more accessible substance has been named as the true gateway drug and it carries a much higher rate of dependency.

Researchers at the University of Florida studied drug use data from 14,577 American high school seniors from 120 schools. One author of the study, Adam E. Barry, said the goal of the research was to correct the misinformation about cannabis that so many people still believe.

Some of these earlier iterations needed to be fleshed out, that’s why we wanted to study this. The latest form of the gateway theory is that it begins with cannabis and moves on finally to what laypeople often call ‘harder drugs’.

Despite the latest theory, researchers found that alcohol proved to be the true gateway drug, with 72.2% of those polled admitting to using alcohol at least once, while 45% reported using tobacco and 43.3% reported cannabis use.

As you can see from the findings of our study, it confirmed this gateway hypothesis, but it follows progression from licit substances, specifically alcohol, and moves on to illicit substances.

According to the study’s findings, American schools should spend a greater amount of time educating about the dangers of drinking, rather than focusing on anti-cannabis tactics, assuming that will decrease the use of all other substances.

The findings from this investigation support that alcohol should receive primary attention in school-based substance abuse prevention programming, as the use of other substances could be impacted by delaying or preventing alcohol use.

Therefore, it seems prudent for school and public health officials to focus prevention efforts, policies, and monies, on addressing adolescent alcohol use.

Get 20% off premium weed and discover the latest products, news, and deals in cannabis.
August 26, 2017 — Last Updated
Written by Dee Giznik