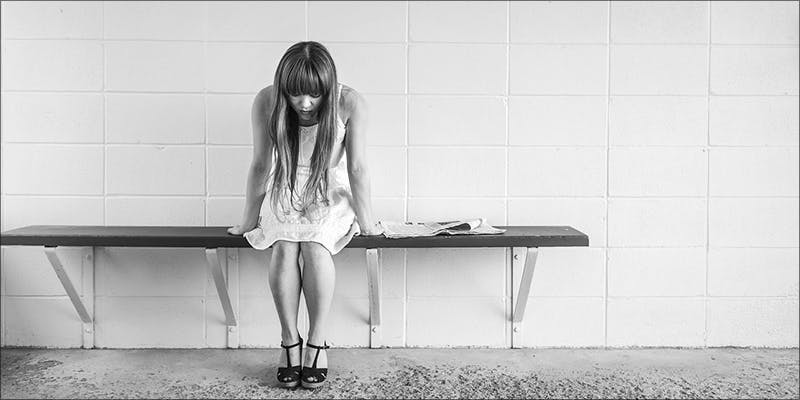 New Genetic Study Finds Links Between Depression and Cannabis Use

What do major depression and cannabis consumption have in common? Apparently, there are some interesting and unexpected connections.

By some statistics, cannabis appears significantly less habit forming than caffeine. A 2011 study of 167 participants found that 35 percent of coffee consumers met the criteria for caffeine dependence.

In contrast, research on illicit substances has found that only 9 percent of consumers who try cannabis once become dependent on the herb. With tobacco, that number jumps to 32 percent. Alcohol sits at 15 percent.

Now, the new research published last year in JAMA Psychiatry suggests that there may be a genetic component to cannabis dependence. Interestingly enough, some of the same genetic mutations are also associated with major depression and schizophrenia.

The study used genetic data from 14,754 patients. Their original goal was to isolate any genes associated with cannabis dependence. Once they found them, they looked for the presence of comorbid diseases. Comorbid conditions are diseases that occur simultaneously.

Surprisingly, those with major depression and schizophrenia are also genetically more likely to become dependent on cannabis.

The mutations also contribute to a phenomenon called neuronal calcium homeostasis, which refers to the balance of calcium in the brain and nervous system. Calcium is one of the most important messenger molecules in humans, animals, and nearly all living things. Homeostasis can be thought of as optimal balance throughout the body as a whole.

Can depression and cannabis use be passed on?

The isolation of these genes indicates that cannabis consumption is something that can be passed down from generation to generation. With some caveats, of course. Those who inherited these gene mutations will be at greater risk for developing depression and turning to cannabis. Though, that doesn’t necessarily mean that children of canna-dependent parents are destined to consume the herb themselves.

However, additional research does back up the ancestral mental health connection. A study published just a few months later in the journal Addiction found a link between cannabis and depression in the genetic data of 1,284 Mexican Americal participants.

Like its predecessor, this study also found “significant genetic overlap” between major depression and cannabis dependence.

The second study confirmed that cannabis use and major depression are heritable traits.

Does cannabis cause mental illness?

While these studies are fascinating, they in no way suggest that cannabis consumption causes major depression or schizophrenia. Instead, these findings show that some people with certain psychiatric conditions are more likely to pick up an herbal habit.

In fact, many are likely using the plant to self-medicate, regardless of risk.

Research on cannabis and depression has flip-flopped over the past several years. Some studies have shown a correlation between cannabis smokers and depressive disorders. Yet, others have failed to confirm this link.

This new genetic information paints a clearer picture of why the results have been so wishy-washy. Clearly, there is some sort of connection between the endocannabinoid system and major depression.

There is not yet substantial evidence to suggest that cannabis consumption worsens or helps patients recover from depression. Yet, research suggests that those predisposed to schizophrenia and psychotic disorders should steer clear of psychoactive cannabis, especially at a young age.

While no research indicates that the herb causes psychosis, it may be triggering or make symptoms worse for some people.