Now Reading:health | High Schooler With Epilepsy Rejected From College Football Team Because of His CBD Use 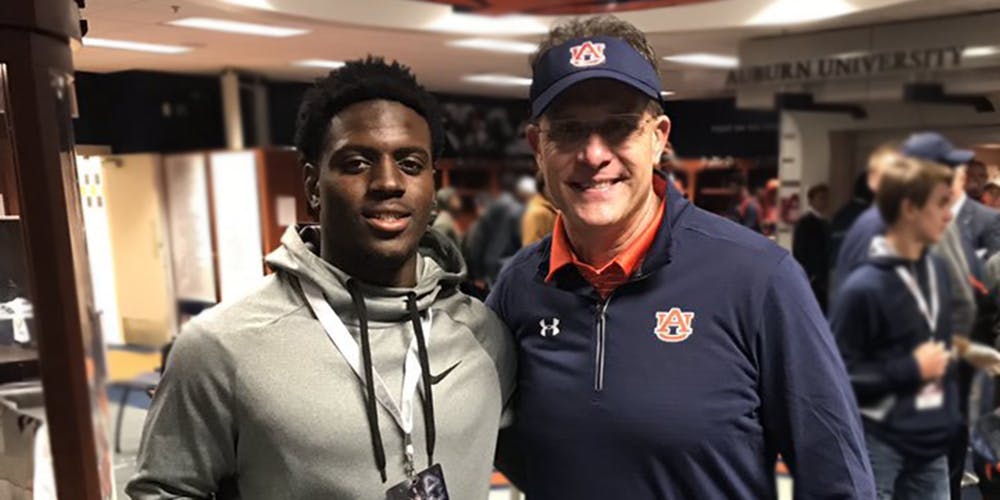 This is just the latest development in a nationwide debate over whether athletes should be allowed to use medical cannabis.

A high school football player in Alabama, CJ Harris, has allegedly been denied a position on the Auburn University football team, because he uses cannabis oil to treat his epilepsy. Other reports contend that the real reason for Harris’ rejection is his medical condition itself, not his use of cannabis oil.

The controversy has become the latest flashpoint in a growing movement of athletes, fans, and spectators who believe major sports leagues and organizations need to change their cannabis policies.

Harris was diagnosed with epilepsy during his sophomore year in high school. At first, he could not find a treatment that would reliably prevent his seizures. But last year, Harris tried taking cannabis oil and has not had a seizure since.

But in Alabama, high-CBD forms of medical cannabis are only permitted for state-sponsored clinical trials investigating the medication’s ability to treat epilepsy. The sports industry is similarly strict, with the NFL banning players from even using medical cannabis recommended by a physician.

The National Collegiate Athletic Association (NCAA), the organization that oversees athletes from over 1,200 institutions and nearly 500,000 college-level athletes across North America, has a similarly restrictive policy towards medical cannabis. Harris found this out first hand.

Harris, who plays the position of starting safety, helped take his team, the Warner Robins Demons, to the state championships last year. As a result, he was offered a preferred walk-on offer from Auburn University. Harris called the opportunity his “dream.”

But then, Harris’ offer was rescinded after the university reviewed his medical records. According to the CNN affiliate WGXA, football coaches at Auburn University told Harris’ father that the reason was due to his son’s use of medical cannabis.

NCAA guidelines forbid players from having any tetrahydrocannabinol (THC) in their systems, which Harris would have minor traces of due to his medications.

Upon hearing the news, Harris began reaching out to doctors to see if they could find him a non-cannabis based medication. However, according to a new Auburn Undercover report, the real reason Harris had his walk-on spot rescinded was because he has epilepsy, not because of how he treats it.

According to the report, other athletes, such as a softball player named Tannon Snow, have also been forced to stop playing after receiving an epilepsy diagnosis. However, Snow had also been allowed to start playing again after finding medications to prevent his seizures. The difference, according to the report, is that football is a tackle sport that results in frequent hard impacts to the head.

While this may be true, it doesn’t explain Harris’ father’s testimony that Auburn University coaches had specifically cited his son’s use of medical cannabis as the reason his offer was revoked.

Whatever the true reason, Harris’ case illustrates a larger problem with the sports industry’s prohibition on medical cannabis. It’s an issue that has resulted in pushback from high-level athletes, including Super Bowl Champion Marvin Washington, who recently filed a lawsuit against the United States Drug Enforcement Administration and Attorney General Jeff Sessions to fight against cannabis prohibition.

A number of other former NFL athletes have similarly been motivated to speak out against the sports industry, admitting to using cannabis throughout their professional careers and pleading with the NFL to change their cannabis policies.