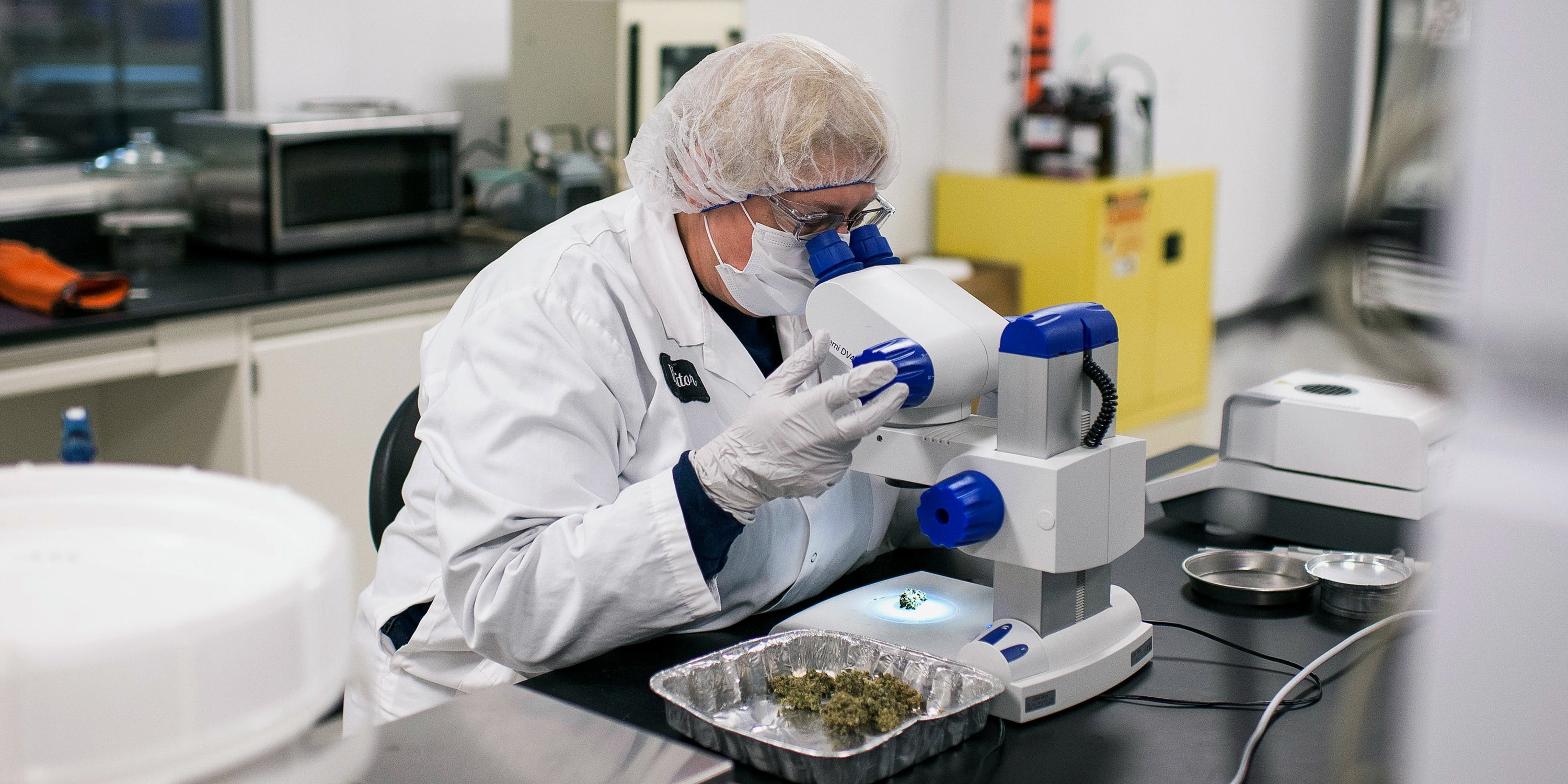 A lab technician performs a manual inspection of the final medical marijuana product at the Tweed Inc. facility in Smith Falls, Ontario, Canada, on Nov. 11, 2015. Construction and marijuana companies are poised to benefit from the Liberal Party’s decisive win in Canada’s election, with leader Justin Trudeau vowing to fund infrastructure spending with deficits and legalize cannabis. Photographer: James MacDonald/Bloomberg via Getty Images

Marijuana proponents have watched as states like Washington, Colorado, and California legalized recreational and medical marijuana, with hopes that with state regulation, the quality and safety of marijuana would improve. But while marijuana testing labs have cropped up to keep tabs on retail marijuana, with each state trying out different regulatory processes, many of these testing labs have been found to lack oversight themselves.

Every legal-marijuana state has is own testing regulations and procedures. In Oregon, every medical or recreational marijuana product must be tested by a state accredited and licensed laboratory. Once marijuana or a marijuana-derived product passes laboratory testing, documentation is provided, which must be passed along to the retail outlets where the marijuana or marijuana products are being sold.

California also enacted a set of regulations on January 1st, 2018, which requires all forms of cannabis, including cannabis-based products, to be lab tested for everything from cannabinoids and terpenoids to heavy metals and microbial impurities like E. Coli. In California, labs must be accredited by an international regulatory organization called the International Organization for Standardization (ISO). By requiring labs to obtain accreditation from an international body, California and other states that have taken this route, ensure a more thorough and impartial framework for marijuana testing.

Thorough accreditation processes for marijuana testing labs can make the difference between labs that actually root out contaminated products, and those that serve as little more than a front to provide the illusion of regulation.

Without a golden standard for marijuana lab testing, or for how these labs are regulated, there have been many instances where labs have failed to perform their basic function: testing the quality and safety of marijuana.

One scientist analyzed a number of marijuana testing labs in Washington and discovered that four labs had gone months without rejecting any of the marijuana they had tested. These perfect results are virtually impossible to achieve without turning a blind eye or tampering with the data. In other words, the labs were simply letting the marijuana slide through the regulatory process, regardless of its contents or contaminants.

There’s a simple reason for this: since privately owned marijuana testing labs rely on a client base of cultivators, the labs are incentivized to be lenient with their testing so as not to chase off their client base. Otherwise, cultivators could choose to send their product to other, more “friendly” labs.

Cannabis cultivators and manufacturers have a similar incentive to exaggerate their products’ THC levels (to increase the value of their product) and avoid thorough testing for mold and contaminants.

Unfortunately, cannabis’ classification as a Schedule I drug under the Controlled Substances Act prevents the federal government from implementing any meaningful, nationwide, standardized regulations on cannabis. As the Washington Post points out, these types of regulations already exist for alcohol.

As a result, the legal cannabis available in many states may still contain contaminants and unknown levels of cannabinoids. Smoking certain bacterias that can develop in cannabis—the types that these testing labs are supposed to root out— can be dangerous to human health. This is exactly the sort of negative outcome that top government officials claim to want to prevent with federal marijuana prohibition. Ironically, repealing prohibition is virtually the only way to ensure these marijuana testing labs are standardized so that marijuana can be consumed safely, coast-to-coast.