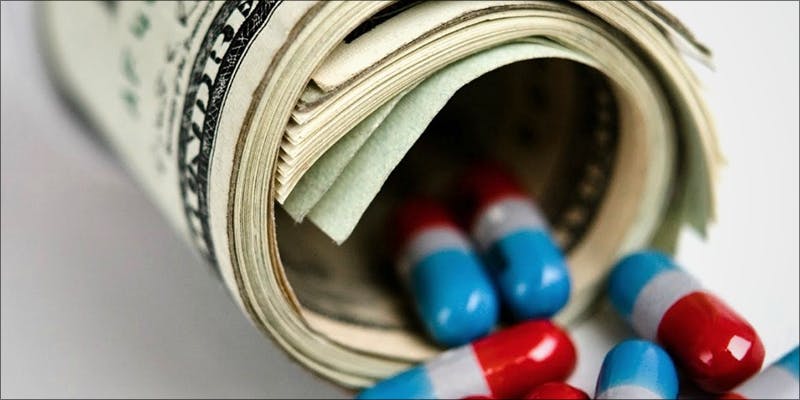 A new survey of over 3,000 patients on pain medications confirms the overwhelming preference of cannabis over opioid-based pharmaceuticals.

A new survey of over 3,000 patients on pain medications, the largest of its kind, has Big Pharma quaking in its expensive loafers. Why? Because it confirms the overwhelming preference of cannabis over opioid-based pharmaceuticals. This telltale mindset shift continues to grow across the globe, making the industry that built its wealth on the suffering of millions face the light.

The legal channels of America run deep with the rivers of private lobbying money. Today, more so than any other time in history, corporations shell out billions to coerce or cajole legislators.

It shouldn’t be a surprise then that the biggest forces against legal cannabis remain the pharmaceutical and alcohol industries. They’ve admitted legal cannabis would cut into profits, but for Big Pharma, the loss would equal billions.

That is why, state after state, they have funded various anti-legalization efforts. Opioids, the bread and butter of profitable pain-relief drugs, originate from the same chemical family as heroin.

Yet drugs based off of heroin are pushed onto patients as safe. Heroin is addictive and deadly. But addiction brings repeat business. As comedian and critical satirist Chris Rock famously said,

Ain’t no money in the cure, the money’s in the medicine… that’s how a drug dealer makes his money – on the come-back.

As treatment centers in legal states see major success weaning addicts off opiates with cannabis, the gateway drug theory touted by the government shows itself for a lie. Medical cannabis patients report significant improvements in quality of life over opiates.

Now, a study by HelloMD surveying over 3,000 patients on both opiate and non-opiate painkillers shows:

The study consisted of patients self-reporting and showed similar numbers for non-opiate medications as well.

Profits down the drain

How much would legal cannabis impact Big Pharma? According to New Frontier data, about $4.5 billion a year.

New Frontier Data identified nine conditions in particular to assess the impact of the legalization of cannabis would have on prescription drug use.

Among those, spending on treatments for chronic pain and post-traumatic stress disorder (PTSD) represented about 60% of the total. Overall in 2016, it was estimated that patients spent nearly $14.3 billion and $10.6 billion, respectively, to treat chronic pain and PTSD.

There [are] significant savings to be realized in the health care system both to consumers and the U.S. government. It is estimated that cannabis and related products can replace between $4.4 billion and $4.9 billion of current annual spending on those existing treatments.

In addition, the savings to taxpayers, given national legalization in the US, reaches into the billions as well. In 2013, the US government spent $72.17 billion on ambulatory, inpatient, and emergency care for anxiety and depression disorders.

Lobbying for life or death

Is it any wonder that lobbying expenditures for corporations now outpace government funding itself for the House and Senate? That’s right. Big private interest groups (American Medical Association, Americal Hospital Association, and Pharmaceutical Research & Manufacturers of America being in the top six from 1998-2017) spend about $2.6 billion a year lobbying Congress.

With more patients discovering the benefits of cannabis for a host of conditions, which continues to grow, the potential loss far outweighs this drop in the bucket to stop it. Lee Drutman of The Atlantic wrote:

While the government continues to villainize cannabis, one only need look behind the mouthpieces. The hand of Big Pharma remains shoved so high up their behinds, it opens their mouths for them.