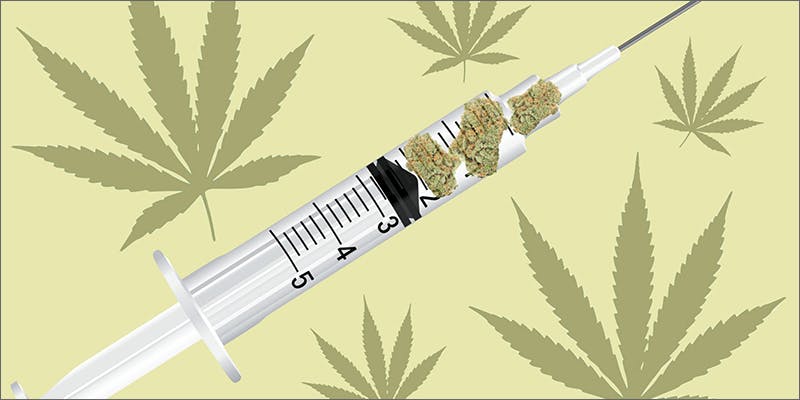 A recent study shows that legal marijuana states are witnessing a reduction in painkiller related overdoses and deaths.

Access to painkillers like OxyContin is not very hard to come by in America. In many cases a doctor will introduce people to painkillers after an injury. But because the medicines are often addictive, users are left dependent on their pills long after their injury has healed.

Those addicted to their medication are eventually cutoff by their doctors, leaving them to search for a black market supply.

The Center for Disease Control reported that in 2013, more than 16,000 people died of prescription painkiller overdoses, which accounted for about 60% of all overdoses in the year. There is a real epidemic going on in America, and money hungry pharmaceutical companies are perpetrating it.

The key to understanding this study is how marijuana users are able to legally access the THC containing plant. For example, the study showed that in the 6 states who have legalized medicinal marijuana, but do not allow dispensaries to distribute the medicine, there was no real reduction in painkiller mortality. However, in the 16 states that have legal dispensaries, there was a 16% reduction in opioid-related deaths, and a 28% reduction in addiction center admissions.

Interestingly, the study pointed out that there was no reduction in the distribution of legally prescribed opioid painkillers in states with dispensaries. This leads researchers to believe that the reductions in overdoses and treatment center admissions were directly related to individuals who purchase the painkillers on the black market.

By creating easier access to marijuana, states have incentivized those who purchase painkillers on the black market to substitute their pills with marijuana. Of course marijuana is not a perfect substitution for the highly addictive painkillers that are destroying many American’s lives, but it is a substance that allows users to ween themselves off their addiction.

The prevalence of doctors prescribing painkillers to athletes is also alarming. Just like any other person, professional athletes are faced with tough decisions regarding their health, especially when their livelihood depends on it. Athletes often trust the word of their team doctors without any second thoughts. Unfortunately, team doctors are tasked with getting the players back on the field as soon as possible in order to win games and generate money for the team.

When athletes retire from their respective sport, they are often left addicted and without any understanding of how they got there. Many players are now speaking out about how marijuana helped them during their careers to avoid addiction and manage pain naturally.

Marijuana is a panacea of sorts, and as we learn more about the medicinal qualities it has to offer we see evidence, like the NBER study, that cannot be ignored. Soon, pharmaceutical companies will be held responsible for their negligence, and marijuana will be triumphant in its efforts to find a place in our medicine cabinets.

Take a look at the NBER study here

Let us know what you think about marijuana replacing painkillers in the comments section below or on social media.