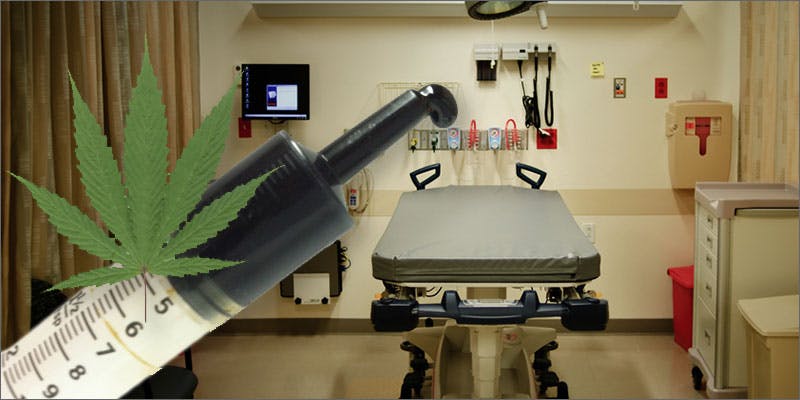 Stan Rutner was given just weeks to live. Three years later, he’s still alive and kicking. All thanks to the power of cannabis oil.

Anecdotal evidence for cannabis as cancer treatment just keeps getting stronger. Research in human cells and animal models shows that there are four primary ways cannabis kills cancer. Yet, there has yet to be finished trials that put the herb to the test in humans. Regardless of this lack of clinical trials, patients like Stan Rutner are taking their cancer treatment into their own hands. The best part? They’re finding success. Here’s how one elderly man with terminal cancer left the hospital after cannabis oil treatment.

Ruther had a persistent cough. Concerned, he made a trip to his doctor. Unfortunately, the result of his examination was something much worse than your standard bronchitis. Rutner’s cancer was back, and it had spread.

This time, the cancer was found in his lungs and it had metastasized to his brain. In his doctor’s words, Rutner was in “deep shit”. He was immediately given radiation treatment to halt the cancer progression.

The treatment didn’t go so well. Rutner developed a lung infection that forced him to rely on an oxygen tank. His wife, Barb Rutner, explains her husband’s post-treatment condition to Counter Current News,

After that he was wiped out. He was very thin. So we finished radiation to his brain on June 25, and on July 13 he entered the hospital for the first time with radiation pneumonitis (inflammation of the lungs due to radiation therapy), so pneumonia. There were three hospital visits during that time, and on the third they kept him for a week and started him on oxygen 24/7. And then he went into palliative care.

Cannabis to the rescue

Stan Rutner was given just weeks to live. Following doctor’s orders, he retired to hospice and began to wait out his days. His family was desperate. They began looking into alternative treatments, including cannabis. While many are afraid to experiment with alternative medicine, Rutner didn’t hesitate,

No hesitation at all. Here I’m dying and getting nothing to change the course of things and so this thing has a pretty good track record in—what do you call it—in a non-medical world, so hey let’s try it. Got nothing to lose.

He started his cannabis treatment slowly, taking just one-third of an infused coconut oil capsule. Within two weeks, he was able to breathe without an oxygen tank. He began to gain weight and strength. He eventually stopped using his walker and even began an exercise class.

After several months of cannabis treatment, Rutner’s health was on the up-and-up. At that point, he decided to get an MRI to check the progress of his metastatic brain cancer. News about his condition came in an email from Rutner’s oncologist. The result? “No evidence of recurrent disease.”

Much to his and his family’s astonishment, Rutner’s test results were normal. His cancer was once again in remission. Stan received notice that he was in remission back in 2013. Three years later, he’s still going strong.

Dad never thought that he would make it to that day but low and behold, he continued on the Cannabis Oil and is STILL in remission!

Cannabis oil has extended Stan Rutner’s life. Though he was once given just weeks to live, he surpassed all of his doctor’s expectations. The herb performed a miracle. Human trials on cannabis and cancer following the traditional scientific method have yet to be completed.

Yet, Rutner’s success adds legitimacy to cannabis as a potential cancer treatment. We may not know exactly what types of cancer cannabis treats, but the plant certainly worked for Stan. This is more proof that this herb is something every cancer patient should know about.