This brave woman and her braver daughter went to great lengths to receive proper treatment. 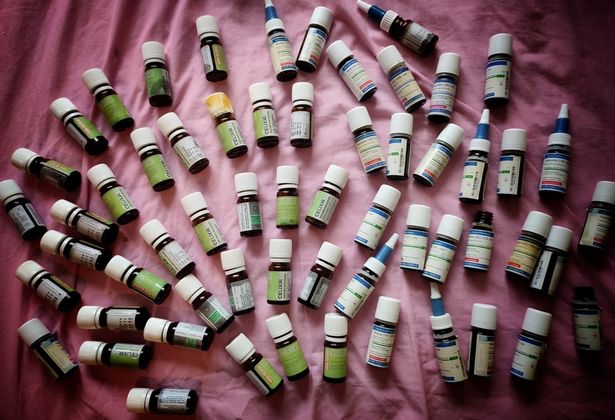 A mother from Scotland took it upon herself to “live out of her suitcase” in an attempt to give her epileptic daughter medicinal cannabis extract.

The brave mother is 52-year-old Julie Galloway. When she and her daughter Alexa were on vacation in The Netherlands in 2019, the two rushed to the nearest hospital after Alexa suffered a severe life-threatening seizure.

7-year-old daughter Alexa has Rett Syndrome, a rare genetic disorder that hinders brain development, resulting in severe physical and mental disability. Upon arrival at the hospital, doctors were under the impression that Alexa’s medication wasn’t doing much, so they prescribed her medicinal cannabis extract to help treat her condition.

Julie saw an incredible difference when her daughter began using the oil, telling Daily Record that she “became more alert, made more eye contact, and was a different child.”

All was well until the family of two realized they eventually had to go back home. Julie was terrified she wouldn’t get the medicinal cannabis extract, so the two stayed with Alexa’s grandmother in The Netherlands, forcing Julie to “live out of her suitcase” from July 2019 to July 2020.

After a whole year, Julie decided to go back to Scotland. She told Daily Record that she felt guilty for forcing Alexa’s grandmother to sleep on the couch, adding that her home was “lying empty in Scotland.”

When Alexa was 18 months old, Julie noticed her daughter wasn’t reaching certain expected milestones a toddler should. Once doctors diagnosed Alexa with Rett Syndrome, her childhood was disrupted by severe seizures that lasted several minutes. Alexa’s health requires her to travel with an oxygen tank, and she often makes emergency trips to the hospital for needed treatments.

However, when the family arrived in Scotland last year, Alexa continued to use the Noidecs 20:1 Cannabis Oil through private treatment. Doctors can prescribe medicinal cannabis privately to patients in Scotland, but Julie added that she wasn’t able to obtain it through the NHS because there “isn’t enough evidence to prove it was beneficial.”

That said, since Alexa has been using the oil, Julie notes that her daughter has “really improved,” saying goodbye to morning seizures, panic seizures in the car, and hyperventilating. Alexa’s seizures have now decreased by 60%, and there’s even been improvement in her diet.

As terrifying as it is, Julie adds that she doesn’t “fear her [daughter] dying suddenly anymore.” If that’s not enough evidence to “prove” cannabis extract is beneficial, we don’t know what is.