Now Reading:industry | This Social Media Campaign Wants You To #BeBrave For Cannabis 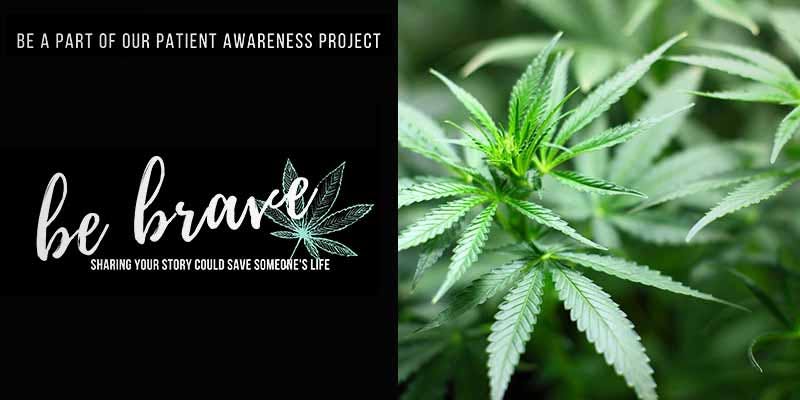 This Social Media Campaign Wants You To #BeBrave For Cannabis

Pro-weed businesses in Michigan want patients to joint together and share their experiences and #BeBrave with medical cannabis.

Some things are best left unspoken. But when it comes to the herb, staying quiet never leads to progress. And for that reason, pro-weed businesses in Michigan want patients to share their experiences with medical cannabis. Right now, the state is transitioning to both regulate marijuana and implement new legislation. So now, more than ever, is the time to be brave and step out of the cannacloset. Through a social media campaign, #BeBrave, the group hopes to smash the stigma surrounding cannabis use. And help shed a positive light on not only the plant itself but also those who rely on it.

A Michigan-based social media campaign wants you to talk cannabis

For more reasons than one, people are hesitant to talk about marijuana. Some fear prosecution, while others are afraid of being judged. The subject is a touchy one indeed. But if you happen to be a user living in Michigan at the moment, now is the time to put on a brave face and share your story.

A group of pro-weed, women-owned businesses wants to hear all about your positive experience with medical cannabis through a social media campaign. Originally, the campaign was to launch on September 12th, when the state’s Medical Marijuana Licensing Board meeting took place. But with all the buzz that it’s generating, they are keeping it going and still want your help.

The goal of the effort is to smash the stigma surrounding the people who use cannabis. By encouraging the people of Michigan to speak up about how the herb helps them, they’re hoping a positive light will outshine all the negative associations with the plant.

Michigan just so happens to have the second largest medical marijuana patient registry in the country, says Jamie Cooper of Canna Media Works, one of the partners in the campaign. But not a lot of people realize it, especially elected officials. That’s because they are too afraid to speak up,

Our state has the second largest medical marijuana patient registry in the country, yet many elected officials don’t realize it, because not enough people are coming out and sharing the stories about how it has changed their lives.

Many times it’s due to fear of legal issues or being judged by family and friends. In order for this to change, we have to speak up and present a unified voice.

Roberta King, co-founder of Canna Communications, another campaign partner, says the state is transitioning to both regulate cannabis and implement new legislation. So now, more than ever, is the time to open up, she says,

“Once people are able to talk about their medical marijuana use, they often find community and support.”

“We hope the campaign will help reinforce a sense of community.”

And it’s not just patients that can help educate the public on the benefits of this magnificent plant. People who just support the freedom of others can do the same.