According to Reuters, a deal worth up to US$235 million was recently made between Globus Pharma and an unnamed Canadian company. 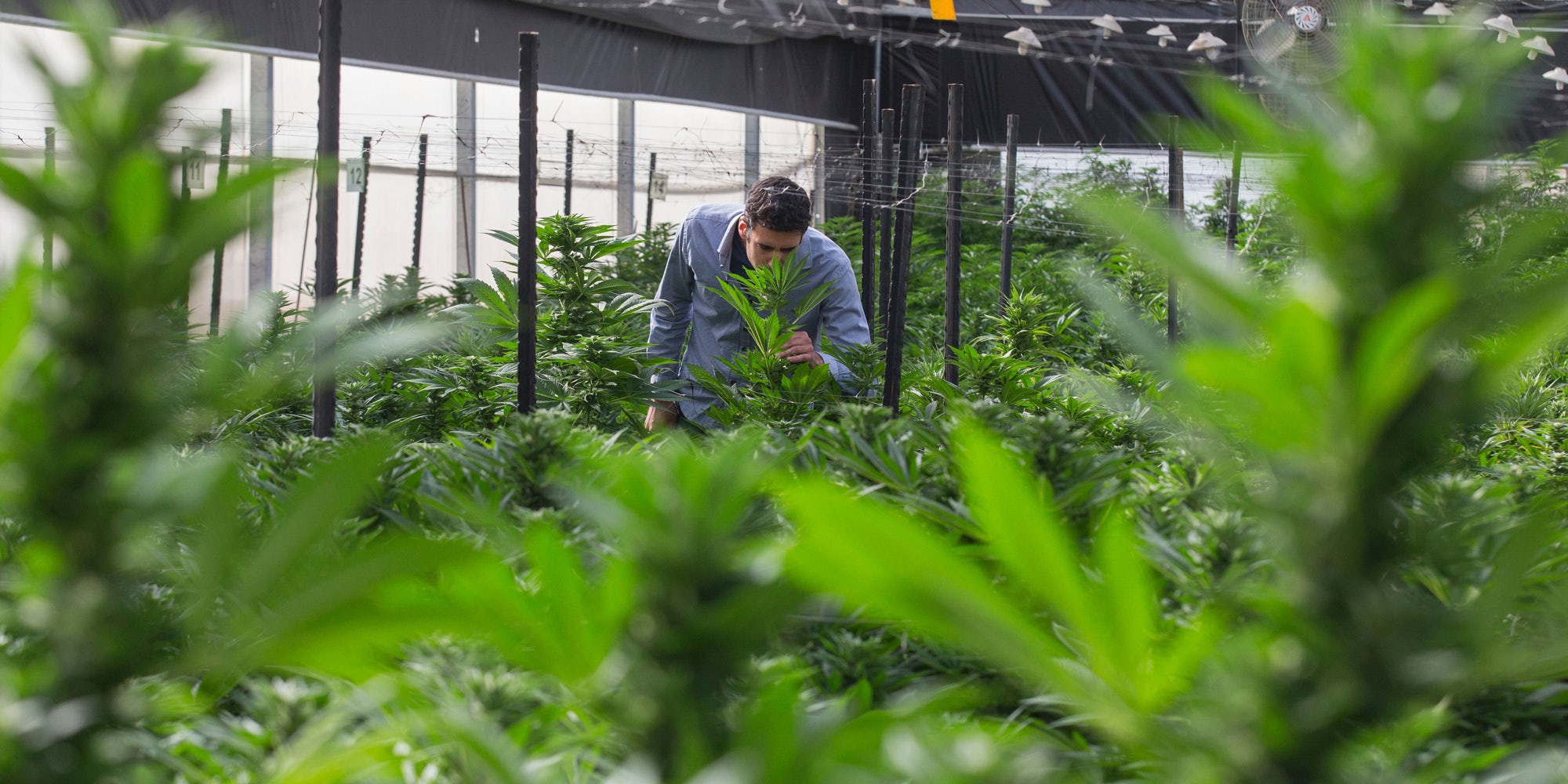 ISRAEL-HEALTH-MARIJUANA-LIFESTYLE
An Israeli agricultural engineer inspects marijuana plants at the BOL (Breath Of Life) Pharma greenhouse in the country’s second-largest medical cannabis plantation, near Kfar Pines in northern Israel, on March 9, 2016. The recreational use of cannabis is illegal in the Jewish state, but for the past 10 years its therapeutic use has not only been permitted but also encouraged. Last year, doctors prescribed the herb to about 25,000 patients suffering from cancer, epilepsy, post-traumatic stress and degenerative diseases. The purpose is not to cure them but to alleviate their symptoms. Forbidden to export its cannabis plants, Israel is concentrating instead on marketing its agronomic, medical and technological expertise in the hope of becoming a world hub in the field. / AFP / JACK GUEZ (Photo credit should read JACK GUEZ/AFP/Getty Images)

Together, an Israeli pharmaceutical company just solidified plans to sell 5 tonnes of cannabis oil to an unknown Canadian company. The deal is potentially worth hundreds of millions of shekels. A Together subsidiary, Globus Pharma will be in charge of the business dealings. The Canadian company involved remains under-wraps.

The arrangement will have the Canadian company purchasing 5 tonnes of cannabis oil (or 50 tonnes of dried inflorescences) per year from Globus and includes a research and development partnership to advance medical cannabis technologies.

With sales reaching an estimated US$3.17 – $4.7 per gram of inflorescence, the deal could be worth up to roughly US$235 million. The pricing scheme for the agreement will be based on the current Canadian marijuana market. Canada intends to fully legalize the adult use of recreational marijuana by this upcoming fall.

According to Reuters, the Canadian company hopes to obtain a license to market and sell medical cannabis domestically and abroad within the next four or five months.

Together, Globus’ parent company, is working on expanding its cannabis cultivation efforts as well, hoping to add 25 acres of greenhouses to their current operation.

This year, Israel’s parliament unanimously passed a bill to decriminalize cannabis. And while recreational cannabis remains illegal in the country, marijuana is permitted for certain medical uses and research purposes. Many anticipate that Israel will continue to relax its marijuana laws in the upcoming years.

But while Israel continues to make strides as an international leader in cannabis business and R&D, making lucrative and economically beneficial deals with countries like Canada, the United States continues to move in the opposite direction. Recently, United States President Donald Trump effectively canceled plans to import marijuana from Israel, which would have bolstered valuable marijuana research in the U.S.

Get 20% off premium weed and discover the latest products, news, and deals in cannabis.
April 23, 2018 — Last Updated
Written by Rob Hoffman