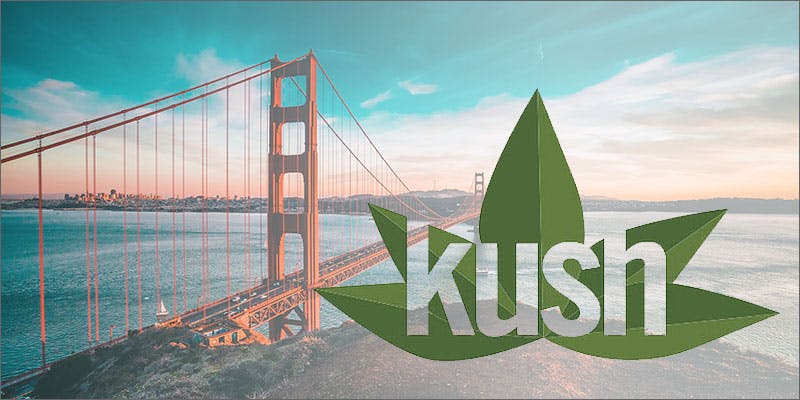 KUSH is putting its money where its mouth is, and fronting some serious cash to help one measure succeed where so many have already failed.

California has the biggest potential las the egalized recreational state market, and subsequently, there is a scramble to the ballot for dozens of initiatives fighting to get on the November ticket. One new company, KUSH, is putting its money where its mouth is, and fronting some serious cash to help one measure succeed where so many have already failed.

Down to the wire

Already, over 27 ballot initiatives have been filed for November. Not a single one has qualified. With the clock ticking, there are only 2 options left to get recreational adult use passed this year. One is the Adult Use of Marijuana Act (AUMA) which is over 60 pages long and has many legalization proponents irritated. The other is the 2016 Marijuana Control Legalization Revenue Act (MCLR), which is only a single page in length, and simply worded.

With the failure in 2010 still in the hearts of California cannabis-enthusiasts, getting a measure on the ballot that will garner the solid support of the clear majority of pro-marijuana voters is a “do-or-die-trying” mission. Just as important, however, is that whatever measure catches the spotlight be worth the effort. To that end, KUSH, a Nevada corporation that is a relative newcomer to the game, is putting $1 million dollars of stock on the line to support the MCLR.

Steve Kubby, KUSH CEO, was a key contributor to the passage of Prop 215 back in 1996 and believes that the MCLR initiative is extremely easy to read and understand and is the only sensible option.” By repealing California’s terrible anti-pot laws“, says Kubby, “MCLR achieves true legalization and ensures that nobody will ever again be put in a cage for growing a plant. Best of all, while generating hundreds of millions in adult use revenues for California, the MCLR initiative removes taxes from medical cannabis so that patients can better afford their medicine.”

“Virtually everyone who actually reads the 60 pages of controversial regulations in AUMA finds a different problem with it. In contrast, everyone who reads the single page MCLR says they love it!”

KUSH has recently discovered a game-changing cryogenic extraction process, that combined with its patent pending genetics, can harness the full spectrum of cannabinoids and terpenes. It currently has a product line that includes a non-psychoactive nutraceutical from the process that helps those suffering from numerous conditions, including gout, arthritis, heart disease, and diabetes.

The MCLR is backed by dozens of attorneys, thousands of activists, and tens of thousands of Californians, but it still has a steep hill to climb in order to gain the number of signatures needed to make it to the ballot this November. Its goal is to legalize “social use” of cannabis for adults over the age of 21. The initiative is the project of the non-profit group Americans for Policy Reform (AFPR).

Do you think California will see victory legalizing recreational cannabis this year? How do you think this will impact the state? Let us know on social media or in the comments below.