Even so early in the new year, cannabis sales are breaking records in Colorado, which could mean more growth for the industry. 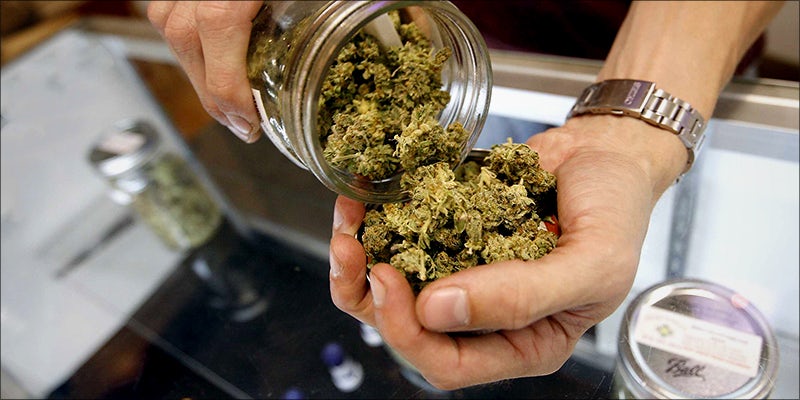 Even so early in the new year, cannabis sales are breaking records in Colorado, which could mean more growth for the industry.

Cannabis sales are breaking records in 2017

The weed business continues to thrive, that’s for sure, especially in Colorado. In just the first few months of this year, sales are already breaking records.

The sales records just haven’t been broken, either, but broken by a staggering 30 percent, no less, which is nothing but good news for the industry.

Darla Harris, the manager of The Green House, reckons she’s seen more people visiting and had far more phone calls. And while it is still a fledgling industry, that doesn’t take away the fact that this is the most lucrative years for sale, ever.

When you compare the numbers from January and February of 2016, which had sales of $181.2 million, to the same in 2017, there is a 30 percent growth, making for a total of $235 million dollars for the first two months of this year.

Just what does that mean? It means more money to put back into the community and out of the hands of gangs, of course, but it also means that there are fewers people afraid and far more eager to try.

It comes at a time when the price of weed is historically lower, too, which means people are able to purchase more.

That amount of sales means more taxes have been paid, which should get more people behind the industry and if things continue this way, the nationwide legalization of cannabis.

It will be interesting to see how cannabis sales continue for the rest of the year,

Get 20% off premium weed and discover the latest products, news, and deals in cannabis.
April 30, 2017 — Last Updated December 05, 2019
Written by Todd Farmington