Colorado Supreme Court rules employees can be fired for medical marijuana use – even when off-duty.

In a very disheartening decision, the Colorado Supreme Court ruled that employees can still be fired for medical marijuana use whether on or off duty. 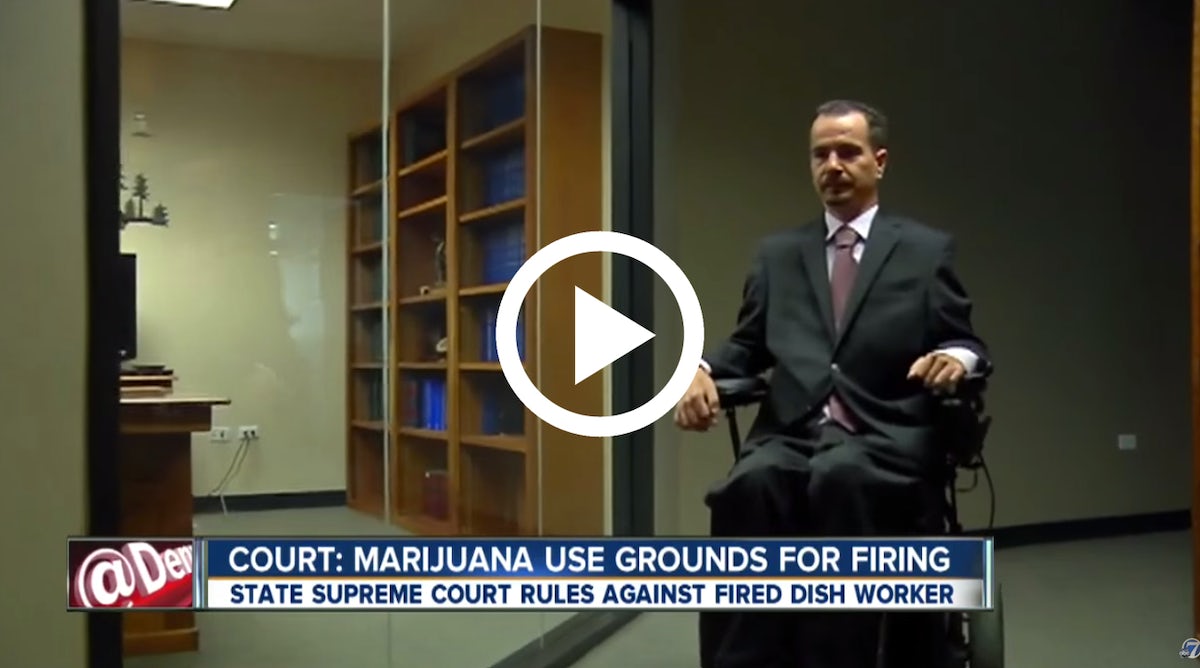 In a heartbreaking decision, the Colorado Supreme Court ruled that employees can still be fired for using medical marijuana when off-duty. Does that sound unbelievably unjustified to you? We hope so, because it is. Brandon Coats, who became a quadriplegic after a car accident, uses medical marijuana for controlling his muscle spasms.

Despite only medicating with cannabis when off work, Coats failed a random drug test and was fired from Dish Network back in 2010. After making a case against the company’s zero-tolerance policies, the case finally went to the state Supreme Court. Unfortunately, the ruling was cruelly absolute, with a 6-0 ruling against Coats.

After a five-year battle, Coats still remains unemployed, and this news surely doesn’t help things. Check out this sobering story.