In Halekamahina Hill, two Hawaiian cannabis farmers are the last people remaining in town after the volcanic eruption of Kilauea. While everyone else evacuated as fissures scarred the earth as molten lava swallowed it, a grandfather and grandson refuse to leave their weed plants behind. 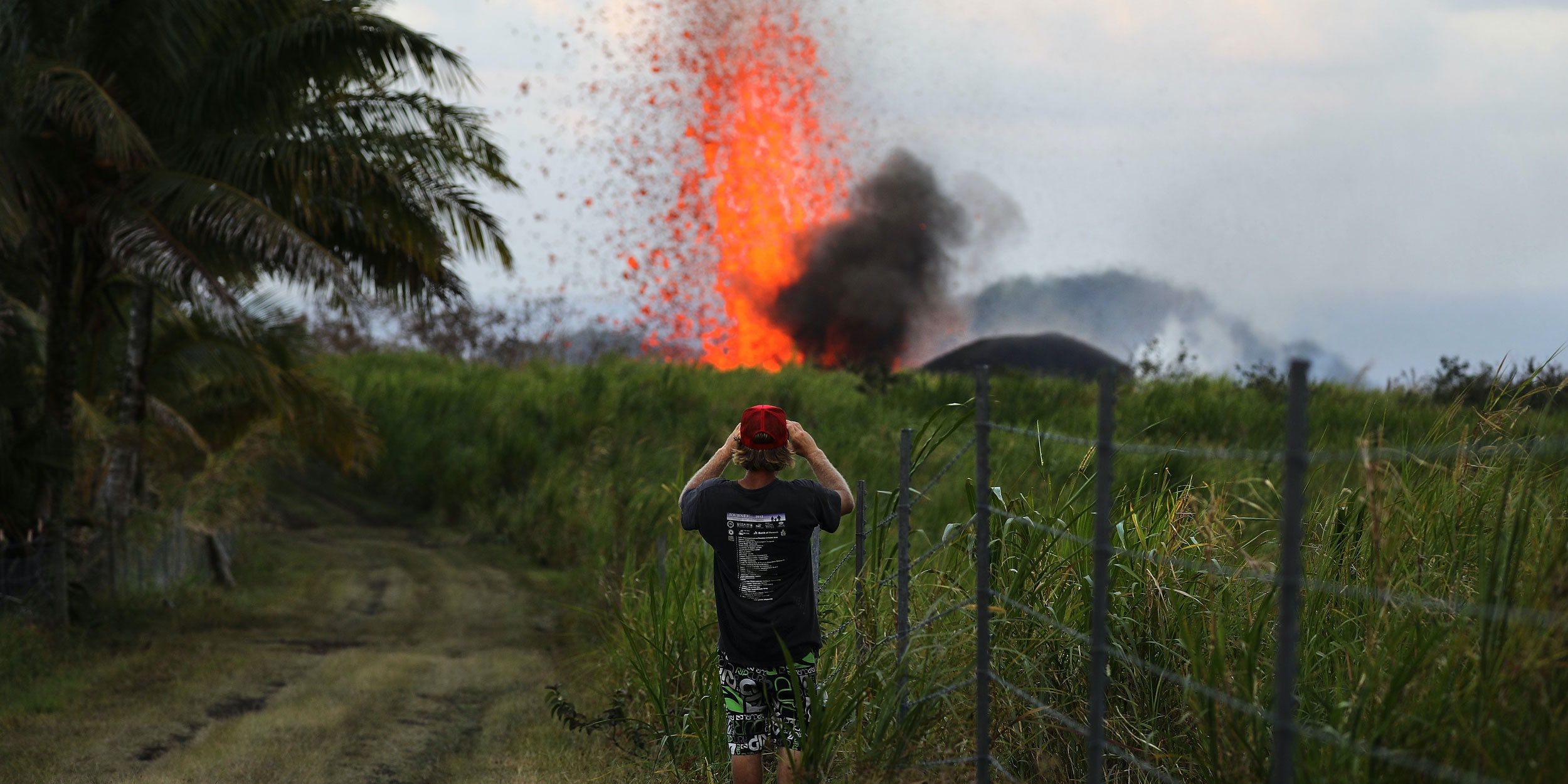 A man takes a photo of a lava fountain from a Kilauea volcano fissure on Hawaii’s Big Island on May 18, 2018 in Kapoho, Hawaii. The U.S. Geological Survey said the volcano erupted explosively on May 17 launching a plume about 30,000 feet into the sky. (Photo by Mario Tama/Getty Images)

A grandfather and grandson duo of Hawaiian cannabis farmers are refusing to leave their cannabis harvest, despite a six-week battle with an unrelenting volcanic eruption according to a report by Reuters.

In less than two months, the volcanic eruption of Kilauea is responsible for destroying 600 homes and spreading across 5900 acres of land. Kilauea is among the oldest recognized volcanoes in history, with a notable reputation for erupting frequently.

Because of the area’s climate, Hawaiian cannabis is often renowned for its quality and potency. Hawaii is deemed by many to be amongst the best places to grow cannabis in the world, producing characteristically sweet strains like Maui Wowie and Kona Gold.

According to Reuters, Altman claims that he and Doran do not face any risk of losing their hard-earned harvest, which is estimated to be worth approximately $100,000.  If Altman abandons his crops, it would also mean abandoning his home. So he’s deciding to remain firmly rooted on Halekamahina Hill, despite molten rock spreading across parts of the landscape below him. The location of Altman’s property, perched on the top of a ridge, has thus far allowed the grandfather and grandson to remain safe, and the cannabis plants untouched.  However, due to ground fissures opening, the cannabis farmers remain landlocked at the top of the hill, unable to reach the mainland.

Since the beginning of the eruption, 22 fissures that have opened up, one of which has led them to be sectioned off from their community according to Reuters. In Halekamahina Hill, the population has dropped down to a single digit number. Altman and Doran are the last two people remaining.

Get 20% off premium weed and discover the latest products, news, and deals in cannabis.
June 16, 2018 — Last Updated
Written by Zack Fenech