She called the cops on an 8-year-old girl in her neighborhood who was trying to sell bottled water for a trip to Disneyland. 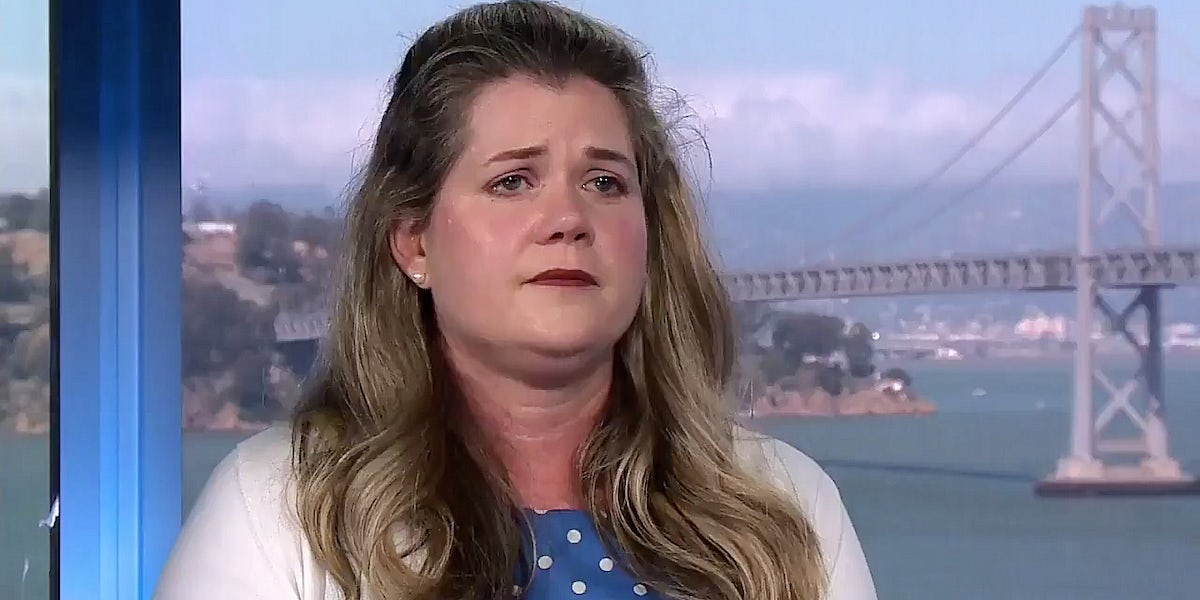 A San Francisco cannabis entrepreneur found herself in hot water last week thanks to, of all things, water. A video posted on Twitter shows a woman, Alison Ettel, on her cell phone, as the narrator, Erin Austin tells viewers she’s calling the police on an 8-year-old girl.

Austin’s daughter, Jordan Rodgers, was selling bottled water on the street near Ettel’s residence, when Ettel became irritated and demanded to see a permit. When the girl did not produce one, she called the police on her for “illegally selling water without a permit.”

After being called out, Ettel remains on the phone but crouches behind a wall. Austin follows her, telling her that, “You can hide all you want, but the whole world gonna see you, boo.” Ettel rises to her feet and finishes her call with the police, turning to flash an annoyed smirk at the camera before the video ends.

In an interview on NBC’s “Today,” Ettel claims that Rodgers was creating a nuisance: “I tried to be polite, but I was stern, and I said, ‘Please, I’m trying to work, you’re screaming, you’re yelling, and people have open windows. It’s a hot day. Can you please keep it down?’”

Austin disputed that account, saying to “Today” that, “She never asked us to be quiet, she just came out and directly demanded to see a permit to sell water from an 8-year-old.”

The video, which spawned its own hashtag, #PermitPatty, went viral almost immediately, tapping into existing furor over other, similar incidents. It was compared to the now-infamous incident where two black men were arrested in a Philadelphia Starbucks as they waited for a friend, as well as the #BarbecueBecky incident in Oakland, where a woman called the police on a black family’s “illegal” barbecue.

While all of these incidents have been held up as evidence that black people are subject to unfair scrutiny and racially motivated policing in public spaces, the #PermitPatty incident was particularly incendiary because of Ettel’s involvement in the cannabis industry. The internet quickly discovered that Ettel was the CEO of Treatwell, a popular manufacturer of cannabis tinctures, and was not happy about it.

Ettel claimed in The Huffington Post that the #PermitPatty incident had “no racial component to it” and that she had only pretended to call the cops. No one was buying it. Indeed, several major California dispensaries announced they would no longer be buying anything from Ettel at all. Many sold off their current Treatwell inventory at a deep discount, donating the proceeds to organizations supporting young entrepreneurs of color.

While Treatwell’s fate is uncertain, Rodgers’ future is certainly looking up. She’d been selling water to raise money for a trip to Disneyland and, following the #PermitPatty incident, musician Jonathan Brannon bought her four tickets to the amusement park. To say she was thrilled would be a huge understatement. Fair warning, don’t click the video until you’ve turned down your headphones…

Enjoy the latest and greatest from Herb, enter your email below to get exciting cannabis updates delivered to your inbox.
June 26, 2018 — Last Updated
Written by Tobias Coughlin-Bogue