6 Things Trump Needs To Know Before Destroying The Cannabis Industry

The Trump administration has recently made some misinformed claims about the dangers of cannabis. Here are six things everyone needs to know about cannabis. 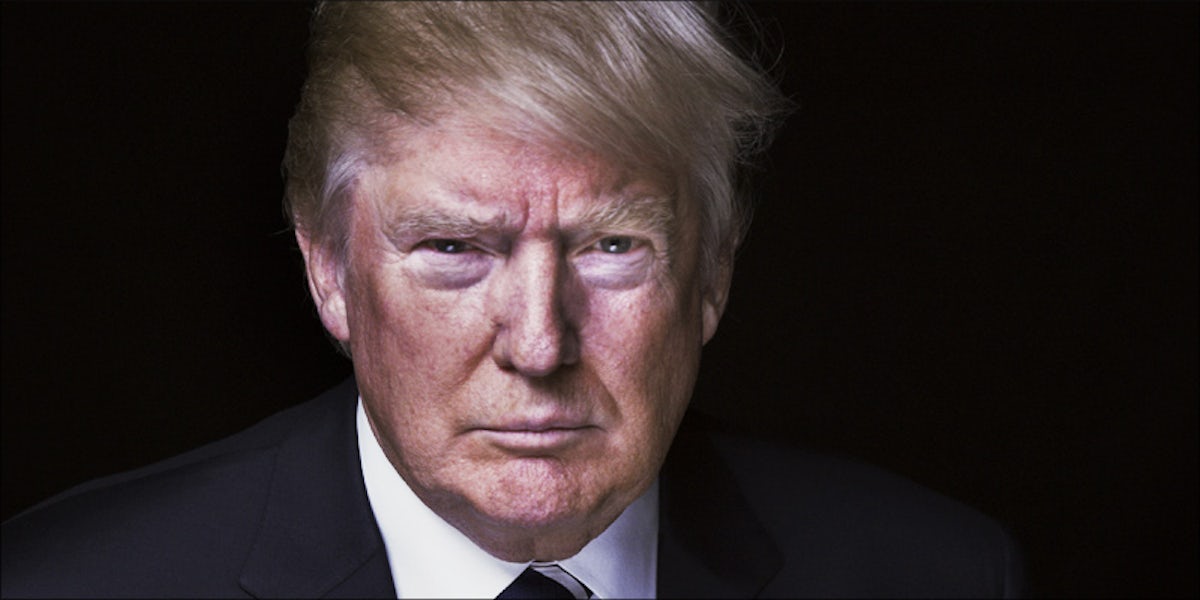 Recent misformation presented by the U.S. government linking cannabis to the opioid epidemic and other major health problems has sent cannabis lovers around the nation into a tizzy. The U.S. public has worked long and hard over the past several decades to bring cannabis out of the dark and into the light. But, before Trump tries to shut down legal cannabis, there are a few things he should know. Cannabis has the potential to improve public health and better the lives of people all over the world. Here are five things Trump needs to know before he trashes the legal cannabis industry:

[W]hen you see something like the opioid addiction crisis blossoming in so many states around this country, the last thing we should be doing is encouraging people.

There’s a federal law that we need to abide by when it comes to recreational marijuana and other drugs of that nature.

Unfortunately, Spicer’s language is round-about and makes it seem like recreational cannabis is somehow related to the opioid epidemic. The only way these two things are related is in the sense that legalizing cannabis may reduce the public health atrocity that is opioid addiction.

There is a growing body of evidence that shows that states with cannabis laws have lower levels of opioid overdose, opioid prescriptions, and reduced incidents of driving fatalities related to opioids.

On the recreational side, there is some evidence that recreational consumers like college students pick up cannabis over opioid painkillers. Cannabis has a significantly higher margin of safety than opioid drugs, and it is considered less addictive than other legal substances.

Studies suggest that around 9% of cannabis consumers become “addicted” to cannabis, yet that number rises to 15 percent with alcohol and 32 percent for tobacco.

Recently, the Drug Enforcement Administration (DEA) removed misinformation about cannabis that they had listed on their website. The DEA had argued that cannabis is a “gateway drug”, which opens the doors to further drug use and addiction.

Science shows that this is a myth. There is no evidence that the gateway theory is real, and a couple of recent studies have officially debunked the gateway argument.

However, evidence suggests that legalizing cannabis for adult use may actually reduce cannabis consumption in young people.

In July of 2016, Monitoring the Future released a report on American teen drug use between the years 1975 and 2015. Black market cannabis has been considered easy for teens to acquire since the 1970s. In 1980, 89% of teens reported that they found cannabis relatively easy to get.

Interestingly, in 2015, after medical and recreational cannabis reform and education began to take hold in states across the country, only 79% of teens under 18 thought that cannabis was easy to acquire.

In another 2016 report, 64% of 10th graders reported that cannabis was easy to access.  What would these numbers look like if Americans had responsible cannabis reform?

Back in 2002, a survey of U.S. teens found that black market cannabis was easier to acquire than alcohol, which is legally restricted and requires an ID for purchase.

Not to mention, public health campaigns over the years have properly educated young people about the risks of consuming the beverage before the age of 21.

With cannabis reform, Americans have the opportunity to fund drug treatment and education programs with a portion of the tax revenue generated from the legal herb, similar to the approach taken by Colorado.

Pretending that illicit substance use doesn’t happen is pointless, and does absolutely nothing for improved public health. As mentioned above, cannabis reform may have two very significant impacts on public health. First is a reduction in overdose deaths related to opioid painkillers, which claimed more than 33,000 lives in 2015.

Cannabis, on the other hand, has yet to be associated with a single overdose death. The suggests that people are picking up the herb over more harmful substances like alcohol and tobacco as well.

Making the switch from tobacco is especially promising, as smoking cannabis moderate cannabis consumption has yet to be associated with an increased risk of lung cancer or lung disease.  Tobacco, on the other hand, has been linked to 80 to 90 percent of lung cancer cases.

This little write-up also says nothing of the unquantifiable benefits of recreational cannabis consumers picking up the herb to manage common health ailments like headaches.

Trump often says that he is going to reduce the national debt and bring more money into the US economy, but moving against burgeoning cannabis business would be preventing billions of dollars from moving into the federal government. A 2013 report estimated that cannabis prohibition comes with a $20 billion price tag.

Accounting for inflation, recreational cannabis legalization was also estimated to add around $20 billion to the federal government, rather than take away. The 2013 report suggests that $8.7 billion would be saved on law enforcement, and would generate another $8.7 billion in tax dollars.

This money has gone toward improving schools and education programs. In fact, one Colorado county is sending students to college with the $445,000 earned in tax revenue from legal cannabis.

Not only is blocking cannabis legalization in recreational states a violation of state rights, but cracking down on cannabis shops and consumers is a huge waste of money, with very little to gain but the resentment of the public, and the rise of an even stronger, smarter, agitated, and technologically advanced black market.

In California, entire regional economies depend on the ability to cultivate and sell cannabis. In Washington state, the herb is the third largest agricultural crop, all cultivated for local use inside the state.

This industry also creates new opportunities in the service sector, where budtenders, chefs, and possibly one day waiters, waitresses, and baristas.

The technology and research sectors of the industry also create a significant number of high-paying jobs. Testing laboratories, business software, marketing, and manufacturing and production technologies.

Let’s face it, cannabis is never going away. People have been using the herb for millennia, and there is no sign of that stopping anytime soon.

Hemp production was encouraged by President George Washington and cannabis preparations have long been part of U.S. medical pharmacopeia. When cannabis was first banned in the 1930s, markets did not disappear.

Instead, growers and consumers took to the underground economy. Cannabis was cultivated, imported, bought, and sold without any consumer safety checks or valuable and needed tax income. Prohibition does not work. Prohibition has encouraged racial bias in the criminal justice system, disproportionately locking up black and Hispanic Americans.

Prohibition has put thousands of non-violent human beings behind bars, taking away their freedom instead of putting more resources toward the prevention and prosecution of violent and white collar crimes.

These arrests drastically reduce a person’s ability to find quality work, and, in some felony instances, barred American’s from their right to vote.

Prohibition hasn’t worked for decades, and it certainly won’t work now. A loss of the cannabis industry would be a move back to the unregulated and fiscally irresponsible black market.

Want to express your support for the cannabis reform? Call your congressional representative today. You can find their contact numbers on house.gov.  A call is always more effective than an email.

Enjoy the latest and greatest from Herb, enter your email below to get exciting cannabis updates delivered to your inbox.
February 28, 2017 — Last Updated December 12, 2019
Written by Anna Wilcox