Now Reading:industry | Will Weed Strain Names Die In The Age Of Cannabis Legalization? 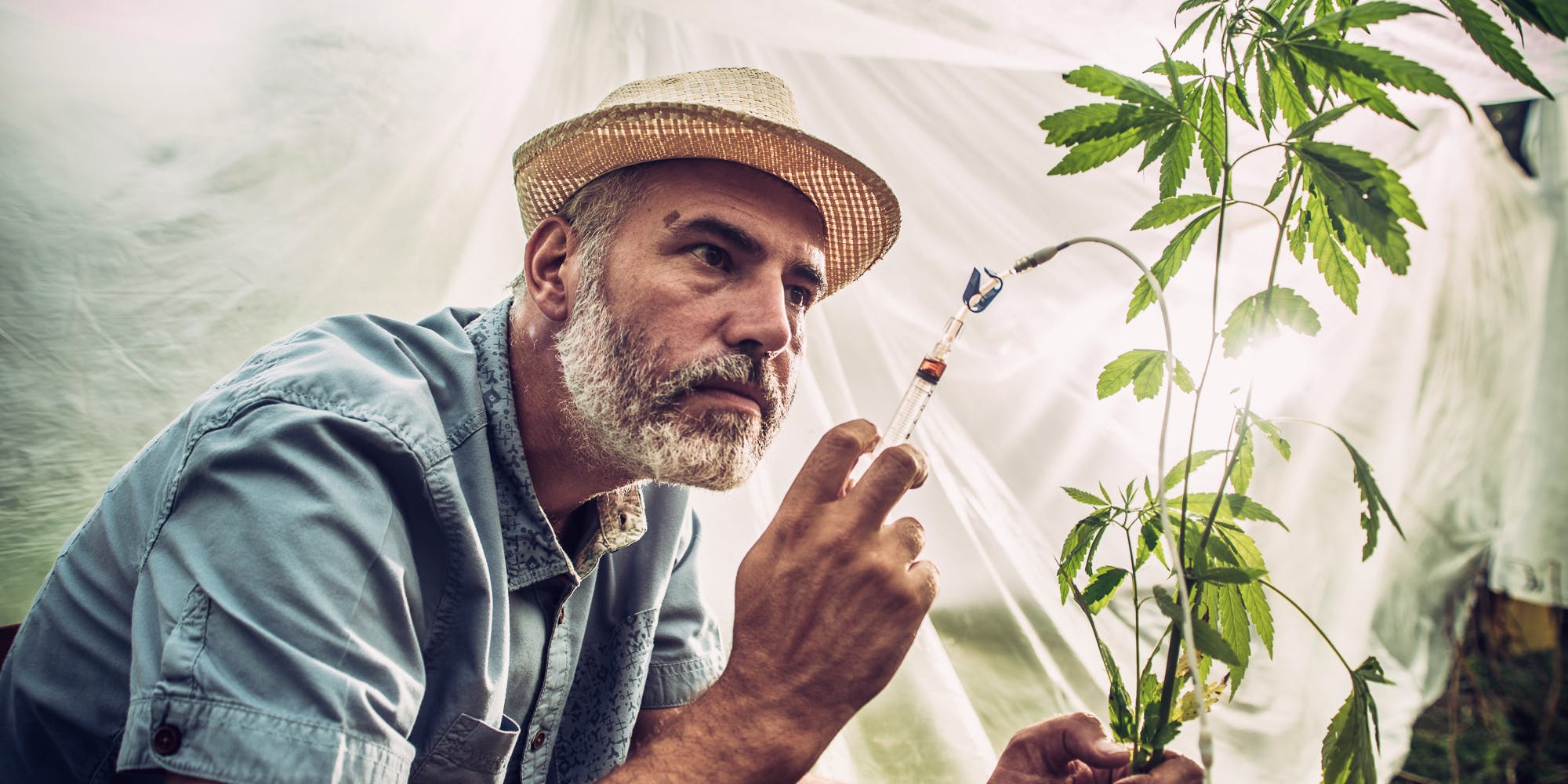 The question many are asking is are weed strain names legit? Photo by CasarsaGuru/Getty Images.

Will Weed Strain Names Die In The Age Of Cannabis Legalization?

We spoke with the Founder of Phylos Bioscience to see if there’s any genetic truth to weed strain names.

Weed strain names have a long history that is complicated by years of underground, black market dealings. But as cannabis becomes legal, regulated, and mainstream, will old-school weed strain names survive?

The Problem With Weed Strain Names

One of the most common examples cannabis connoisseurs use to explain the problem with weed strain names is they’ll tell you to go into the Phylos Bioscience Galaxy and type in “Blue Dream.” One of the most popular strains in Colorado, it turns out what different growers are selling as Blue Dream, is actually a few different cannabis strains with different genetics. Therefore, if you buy Blue Dream at one dispensary, then buy it again at a dispensary across town, you could actually be buying two completely different strains.

The problem is, many people are buying the same strain to replicate an experience, either a high they really enjoyed, or they found that strain helped with a particular medical condition. But if Blue Dream doesn’t actually mean Blue Dream, then weed strain names don’t actually give consumers a true indication of the experience the flower will provide.

Cannabis cultivators have been developing new strains underground for decades. Until recently, when a grower named a new variety of cannabis they created, there was no way to tell if those genetics were actually unique. A team of scientists in Oregon at Phylos Bioscience has made it their mission to demystify cannabis by analyzing the genetics of different strains.

“It seemed as if we could bring science to this industry that was really insulated… there was a huge opportunity to provide information that wasn’t out there,” co-Founder and Chief Innovation Officer, Nishan Karassik, tells Herb over the phone. “Actually ‘23andMe’ [a website where anyone can get their own DNA sequenced] was the inspiration… so I said look at all this heritage stuff… wow, we can apply this to cannabis.”

What Phylos ended up finding, however, was many weed strain names were inaccurate. Karassik explained that there are many reasons for this, often stemming back to the social, or anti-social, aspects of growing the illegal plant. “It’s been a game of telephone for a long time,” says Karassik.

A plant’s grow environment greatly affects its qualities; in the case of cannabis, the environment can affect everything from yield to THC and terpene production. But one reason strain names are so unreliable is that years of underground cultivation has caused some technically inaccurate processes. For instance, often when growers “enhanced” a strain using cultivation techniques (aka the environment), they renamed their “new” strain. But that’s resulted in many different weed strain names for the same plant genetics.

“We started the company [Phylos] and we wanted to do this evolution project and got a bunch of samples from people,” says Karassik. “[we got 10 different] Kush samples and we thought it’ll be interesting to see the variation between all these different Kushes…and we looked at data and it turned out that all those 10 Kushes we had were exactly the same.”

One way to ensure weed strain names are the somewhat accurate predictors of experience is to buy the same strain from the same source. Learn which farms and cultivators provide bud you enjoy in your area, and try to buy your weed from the same growers. That way, you can assume a strain you liked was grown in the same conditions, and therefore, will provide a very similar experience when you use it again.

Terpenes Are The Key, Not Weed Strain Names

Many cannabis connoisseurs believe a bud’s terpenes content is the best predictor of experience. For example, flower with high levels of pinene will make you feel different than a bud high in myrcene. However, the terpene profile of a plant also depends on its growing conditions. Therefore, a strain’s effects may differ from farmer to farmer, even if they have the same genetics.

Karassik explains, sometimes it’s not even optimal growing conditions that change terpene profiles: “People talk about getting wildly high terpene results on plants that have problems…there are all different kinds of ways plants will react with their environment.”

Therefore, even if weed strain names are accurate, they’re not always good predictors to experience. However, if cannabinoid and terpene profiles are available where you get your weed, learning what terpenes and cannabinoids you like can be much better ways to determine experience than weed strain names.

Is It Time To Say Goodbye To Weed Strain Names?

Although weed strain names might not be the best way to replicate cannabis experiences, true genetics are real, and so strain names are probably here to stay. Although, many believe that strain names will have to get a little more PC than “Alaskan Thunderfuck” to go mainstream.

“I think that they’re [weed strain names] not necessarily accurate, but I don’t think they’re dying,” says Karassik. “Some people will continue to use the name because that’s the only way to say this variety has these characteristics.”

However, many believe the future of weed strain names will be more based on experience than things like “kush” and “cheese.” Some brands, like Canndescent, are coming out with strains named for the feeling they’re cultivated to invoke, like their social strain, “Connect,” or their relaxing variety, “Calm.” For cannabis to have mass appeal, this trend is probably here to stay.

Check out the Strain Story name behind Charlotte’s Web, a CBD strain with extremely low levels of THC often used to treat epilepsy in children: