Marijuana has been used as a medicine for centuries, but will big pharmaceutical control cannabis in our future? 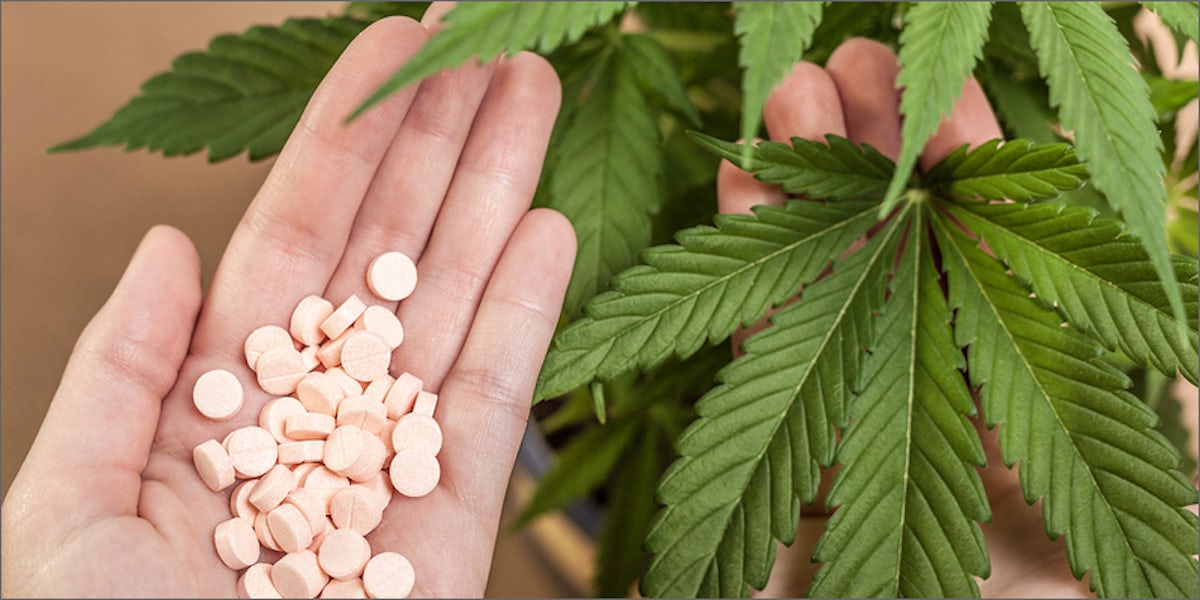 If marijuana has been used as a medicine for centuries, then why is it that “Big Pharmaceutical” companies have publicly positioned themselves to oppose the modern development of medicinal cannabis? So, will big pharmaceutical control cannabis?

Big pharmaceutical companies are betting from both sides of the deck. From one side, pharmaceutical companies are betting that the U.S. will not legalize medical cannabis thus protecting their outrageous revenues. On the other side, these companies are growing cannabis in order to extract and patent the medicinal qualities many Americans are desperate to obtain. Big pharma is positioning itself to financially benefit from any outcome regarding the legality of cannabis.

Purdue Pharma, the maker of OxyContin, is an example of a pharmaceutical company that is financially invested in blocking medicinal marijuana. Purdue Pharma generated nearly $3 billion in revenues in 2014 with at least 1/3 of that coming from the sale of opiate based OxyContin and OxyCodone. Purdue Pharma, a family owned company, funds research projects designed to destroy cannabis’ credibility as a medicine.

For example, Dr. Herbert Kleber (You can’t spell Herbert without HERB) of Columbia University is a leading “authority” on the dangers of cannabis. Dr. Kleber claims,

“Its potency has increased markedly in the past few decades, it is addicting, and more people than ever are seeking treatment for marijuana dependence.”

What is interesting about Dr. Kleber and his claims is that he has been a paid consultant for Purdue Pharma and a number of other big pharma companies. He also served as deputy director for the White House’s Office of National Drug Control Policy under George H.W. Bush.

You should begin to see the pattern—Big pharma sees cannabis as a threat to revenue. Big pharma hires respected substance abuse expert to consult on the dangers of cannabis. Big pharma now has a relationship with an individual who has some power over governmental policy. Suddenly people become confused – is marijuana really more dangerous than OxyContin?  Amidst the confusion, addictive pain medications strain both the health and finances of Americans in need of alternative medications. So, without even selling cannabis, pharmaceutical companies can control your access to the medicine.

GW Pharmaceutical is a bit of a different story. The UK based pharmaceutical company grows cannabis in its labs in England, and then extracts the cannabinoids for use in their products Sativex and Epidiolex. The DEA allows them to then import the products into the U.S. for use in clinical trials. Making them the only company to conduct trials without the NIDA (the National Institute of Drug Abuse) approved cannabis. GW Pharmaceutical is also in pursuit of cannabis related patents.

The FDA has not approved Sativex yet, but the product is moving its way through the stages. The patents that GW Pharmaceutical has obtained position the company to have control of a wide variety of cannabis medications, assuming FDA approval and full legality. Critics suggest the U.S. Government looks favorably on GW because of their tremendous capital. A private company eager to spend on research and product development is a blessing of sorts to the government who spends more on destroying cannabis than studying it.

Instead of spending to prevent legalization of medical cannabis, GW Pharmaceutical has taken control from the inside out. They stand to profit from the legalization of cannabis, and in a worst-case scenario, they can continue to sell their products in other countries.

Though not all big pharmaceutical companies have the same strategy for cannabis in the U.S., they are attempting to control and profit off the medicine. We should expect that these companies would not hesitate to enter the medical cannabis industry if laws permit. Unfortunately, pharmaceutical companies have demonstrated that they have no issue charging exuberant prices for their products. Supporting companies that are vested in creating a positive impact in the lives of those needing medicine will be crucial in preventing big pharmaceutical’s control of cannabis.

What are you thoughts of big pharma controlling cannabis? Let us know on social media

Enjoy the latest and greatest from Herb, enter your email below to get exciting cannabis updates delivered to your inbox.
October 21, 2015 — Last Updated December 11, 2019
Written by Lane Tr