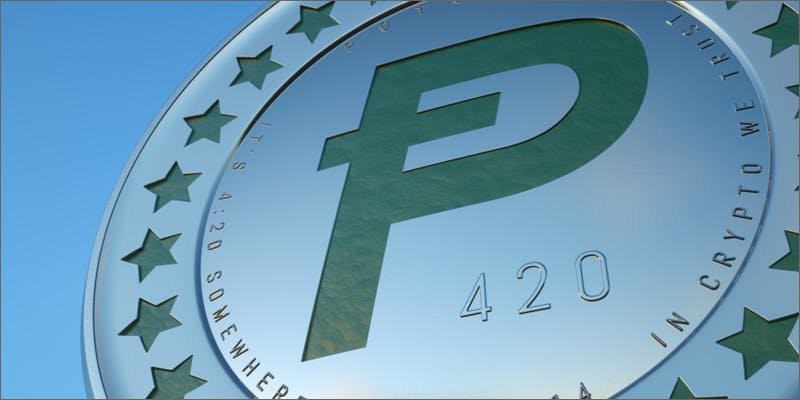 Will Potcoins – Marijuana Bitcoins – Catch On?

While dispensaries continue to print money, they are faced with a question – where to store all this cash? Some believe marijuana bitcoins are the answer.

Revenues from legal sales of Marijuana in states like Colorado, Washington, and Oregon are exceeding the estimations of economists and industry experts alike. While dispensaries continue to print money, they are faced with a question – where do we store all this cash? Some believe marijuana focused bitcoins are the answer.

Currently, dispensaries are not able to deposit the hoards of cash they generate from the sale of legal marijuana. This is due to the Federal Government’s reluctance to legalize marijuana, and subsequently the Federal Reserve will not allow nor insure the deposits of marijuana businesses.

Last year, the White House announced a set of guidelines designed to enhance the availability of financial services to the marijuana industry. Empowered by the new guidelines, a Colorado bank applied to become a “master account” for the marijuana industry. The Federal Reserve quickly shot down their application – denying them insurance and access to other financial institutions.

Even with the support of Colorado Governor John Hickenlooper, the FED remained steadfast in its position on marijuana banking – it is illegal and will not happen.

In a climate of change and innovation, the marijuana industry does have some options available to sidestep the government’s stubbornness.

PotCoin is the newest crypto-currency to hit the cyber world. Much like bitcoin, PotCoin is a community driven digital wallet that converts your home currency into a universally accepted payment mechanism. PotCoin boasts low transaction fees and high-level security to protect your funds.

The currency is designed to be exchanged between individuals with ease and confidence. Ideally, you would enter a dispensary pick out your favorite marijuana goods, and then beam your PotCoins to the dispensary’s account.

For consumers, this may sound like another gimmick designed to fulfill the functions that credit cards already handle. When it comes to marijuana sales though, the vendor stands to benefit the most. When using the PotCoin system, dispensaries are able to store their revenues digitally, eliminating the risks of having large amounts of cash on hand.

But wait; there is an advantage to consumers for adopting the PotCoin system. PotCoin claims to incentivize users through discounts and rebates. They are working to partner with dispensaries to provide further in store discounts for using the crypto currency.

The marijuana industry is not just pushing for drug law reform, also banking. This burgeoning industry is forcing politicians and economists to reconsider systems that are antiquated and possibly detrimental to societal progress.

While the DEA continues to fight the war against marijuana, citing cartel involvement as a major motivator for their cause, you would think they would be obliged to allow a banking system that could track money more efficiently. Dispensary robberies are not uncommon, criminals know about the large cash stashes tucked away behind the counters and they won’t hesitate to try and claim them.

PotCoin may not be the most viable answer for the marijuana industry’s banking problems, but it is a step in the right direction. So much of the mindset in Washington D.C. regarding marijuana laws is ancient. Modernization is progress—lets get the show on the road!

What do you think about PotCoin and other crypto-currencies – would you use them? Let us know on social media.