Wine growers are getting their backs up about marijuana growers moving in on their turf. 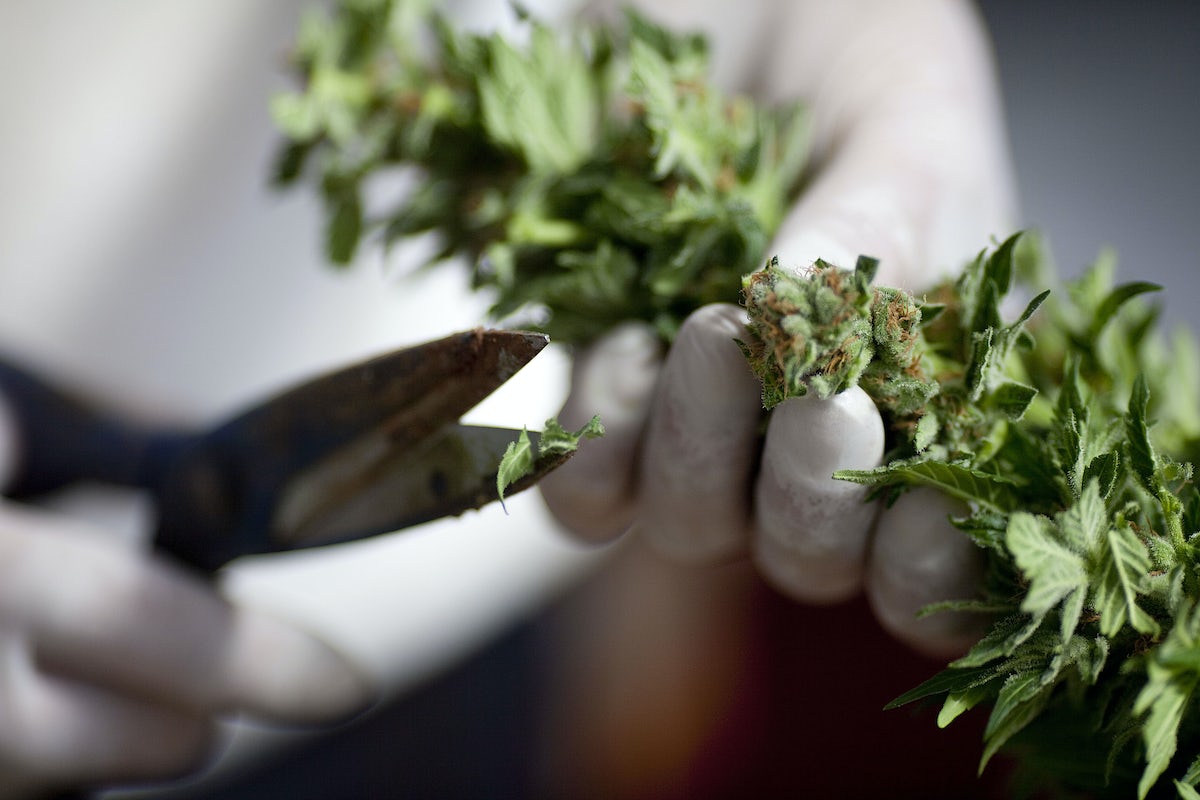 America’s favorite vices—drinking wine and smoking weed—are having a faceoff in the fields of America’s western states. It’s no surprise that the demand for space for the two booming industries is localized in the western part of the United States, where growing marijuana is legal and remarkable terroir is abundant.

Washington, California, and Oregon produce 90% of all of America’s wine and California alone grows 75% of America’s marijuana across 71,000 acres, making it understandable that the two industries are having a fight for the right to party on the west coast’s pastures.

There is undeniably a surplus of pot around in California specifically; the state consumes only up to two million tons of its 14-to-16 million ton production. And whereas Californian wine is sold around the country and elsewhere, it is still illegal for marijuana to cross state lines because of federal drug trafficking laws. (In America, marijuana is legal only on a state-by-state level. The federal government still considers it to be a Schedule I substance, the most “dangerous” type of drug alongside MDMA and heroin.  Some people think that the surplus is no issue at all; California pot legalization kicks in on January 1, 2018, and it’s expected that tourists and locals alike will be smoking up, perhaps enough to wear down reserves entirely. Regardless of whether the marijuana industry “needs” space, the fact is that growers in these states are welcome to it and to pursue their heady dreams.
Social roadblocks arise for growers
Regardless of the rights of individuals to grow what they want, interpersonal conflicts between wine and weed producers still arise. Alyson Martin at Buzzfeed tells the story of two warring neighbors southwest of Portland, Oregon. The Wagner family purchased space for their outdoor grow-op and processing facility right next to a vineyard, looking for a clean area in which to grow and pack their bud. Richard Wagner, the owner of the marijuana facility, was stoked. Martin reported his excitement about planting in a pure, grape-speckled environment:

“I won’t have to worry about spray drift or any other factors involved in their practices that will negatively effect [sic] the purity of my environment,” said Richard Wagner

His vintner neighbors, the Mahesh and Momtazi families, didn’t feel the same. They took him to court looking for a restraining order to halt his business, arguing that the vineyards would be affected by the “trespassing” of “foul, skunky smells that vent into the outside air environment.” The lawsuit claimed that the smell would “negatively impact the quality and suitability of [the] grapes.” Program Coordinator for Oregon State University’s Oregon Wine Research Institute, Mark Chien explained to Martin that “it just really is not known yet” if grapes are affected by marijuana growth. As of now, there is simply no proof that they are. The wine-growers lost the case, but this type of case is likely to be repeated.
Comparative environmental concerns of marijuana growing may be unfounded.
With California only just emerging from a half-decade of drought, some have been arguing that the current pot glut is not only a social concern but an environmental one as well. A report released by San Luis Obispo County in 2017 found that at an average 150-day grow cycle, a single pound of cannabis requires a gallon of water a day. While numbers for wine vary wildly, NPR reports that some wineries can use between 2.5 and 6 gallons of water for 8.36 pounds (one gallon) of wine, not including “irrigation water and other pre-harvest needs.”

This last point is important, as grape vines take three years to mature while marijuana has a fast growing cycle. Grapes are collected once a year, whereas marijuana can be harvested at least twice a year. Soil circumstances may vary wildly in both cases, but Practical Winery & Vineyard Journal reports 12.7 daily gallons required for the growing canopy during its three-year maturity phase. In short, even though it depends on a number of factors, growing marijuana generally uses less water than producing wine.

As legal pot spreads are people drinking less wine?
Beer sales are down in states where marijuana is legal but the wine industry, the New York Times reports, hasn’t seen a similar downturn. So if the concern is not only physical space but also market space, numbers show that there’s basically enough room for everyone.

Some companies have even explored the possibility of combining the two products instead of pitting them against one another. Californian company Canna Vine has produced a bottle of green, buzzy wine that mixes the two intoxicants at $400 a bottle. And maybe, in time, neighboring growers will find that they can live and mix in harmony too.

Get 20% off premium weed and discover the latest products, news, and deals in cannabis.
October 15, 2017 — Last Updated
Written by Charlie Tetiyevsky