Belushi hopes to spread the word about cannabis as medicine. 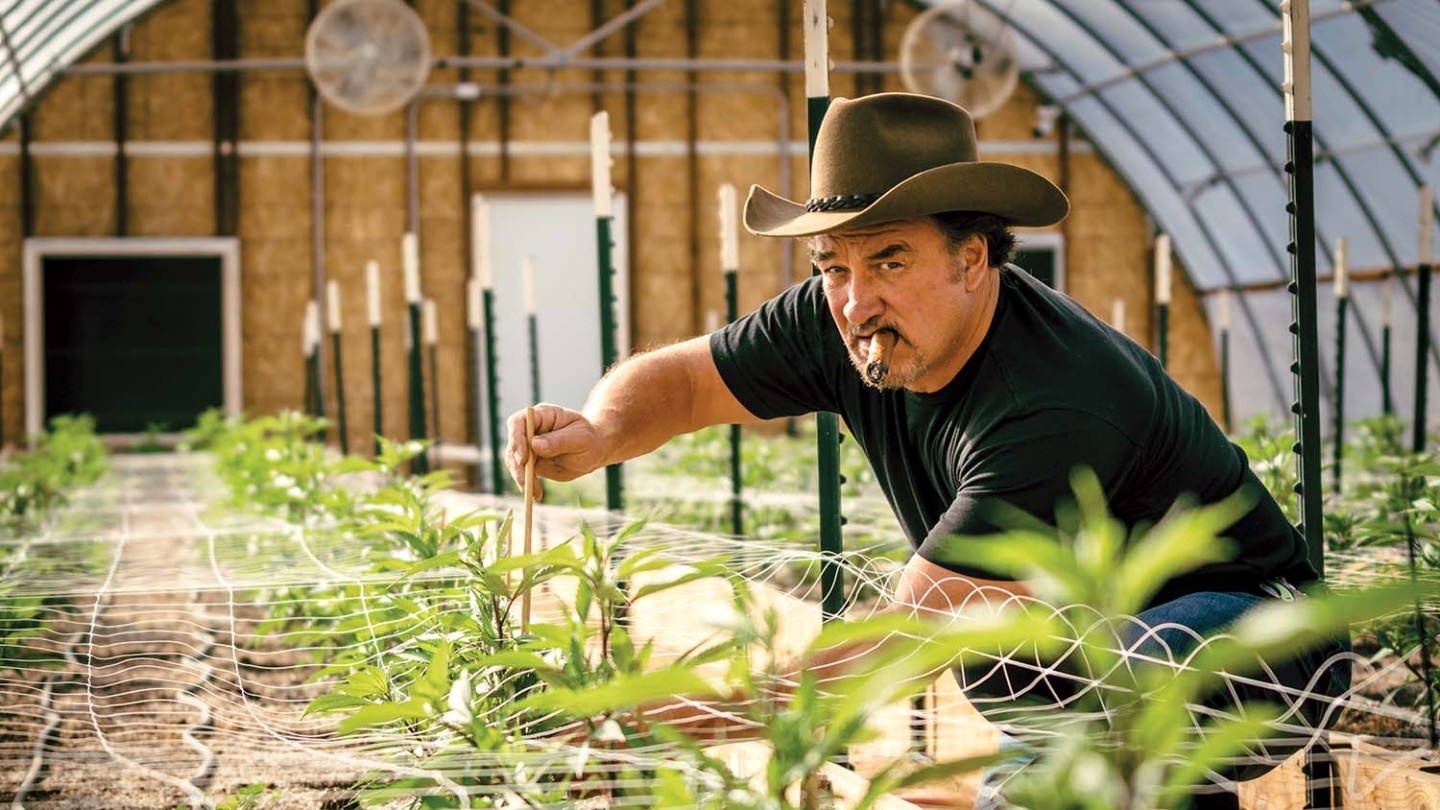 Actor, comedian, and musician Belushi can smoke cannabis anytime he wants, simply by strolling out to his large cannabis farm in Oregon. It’s been over a decade since Belushi fell in love with the Beaver State.

Belushi now has a 13 acre proper in Eagle Point, Oregon, 12 miles north of Medford. He then added an extra 80 acres of land a few years after his neighbor and friend passed away. At the time, Belushi bought the land without knowing what he wanted to grow.

In an interview with Portland Monthly, Belushi said he would let his neighbor keep his cattle on the land, but being from Illinois, he was leaning towards growing corn or soy. However, that same year, Oregon legalized recreational cannabis, so Belushi began venturing into the green.

As of now, Belushi’s favorite strain is Cherry Pie, and he hilariously called it “the marriage counselor” since it’s known for relieving stress. However, the strain that gets him blabbing is Captain Jack. He added that “Danny, my brother, all those guys—they were smoking that strain [Captain Jack],” which would explain where all the hilarious Saturday Night Live sketches came from back in the 70s.

Danny is none other than Dan Aykroyd. When he and Belushi were writers on Saturday Night Live in the 70s, they allegedly smoked an Afgan strain grown by a man known as Captain Jack. Dan later introduced Belushi to Captain Jack, which sparked their growing partnership.

“Captain Jack has been growing that strain for 40 years. And now he’s growing it right now on my property!” Belushi told Portland Monthly. Now, with Captain Jack’s help, Belushi is hoping to spread the word about medical marijuana. He’s a firm believer in keeping his crops affordable; Cheery Pie currently sells for $9 a gram at Chalice in Portland. Belushi also hopes to open a pop-up dispensary in Portland to give homeless and low-income people free cannabis.

On a more personal note, Belushi expressed his sadness when speaking about his late brother, John Belushi, who passed away after a drug overdose in 1982 at the age of 33. He was upset that John couldn’t live to see the legalization of cannabis, especially since he was suffering from chronic traumatic encephalopathy after years of playing football.

Belushi said he witnessed his brother have a seizure in senior year, and doctors couldn’t find out what the issue was. Although, Belushi knew that his brother was addicted to hard drugs like cocaine and heroin in an attempt to self-medicate. Belushi concluded in his interview that “If Johnny was a pot-head, he’d be alive today.”

November 29, 2021
Written by BuzzMusic
Save for later
Start saving articles by clicking the heart icon and you'll find them again in your profile page.

Get 20% off premium weed and discover the latest products, news, and deals in cannabis.
November 29, 2021
Written by BuzzMusic
Save for later
Start saving articles by clicking the heart icon and you'll find them again in your profile page.