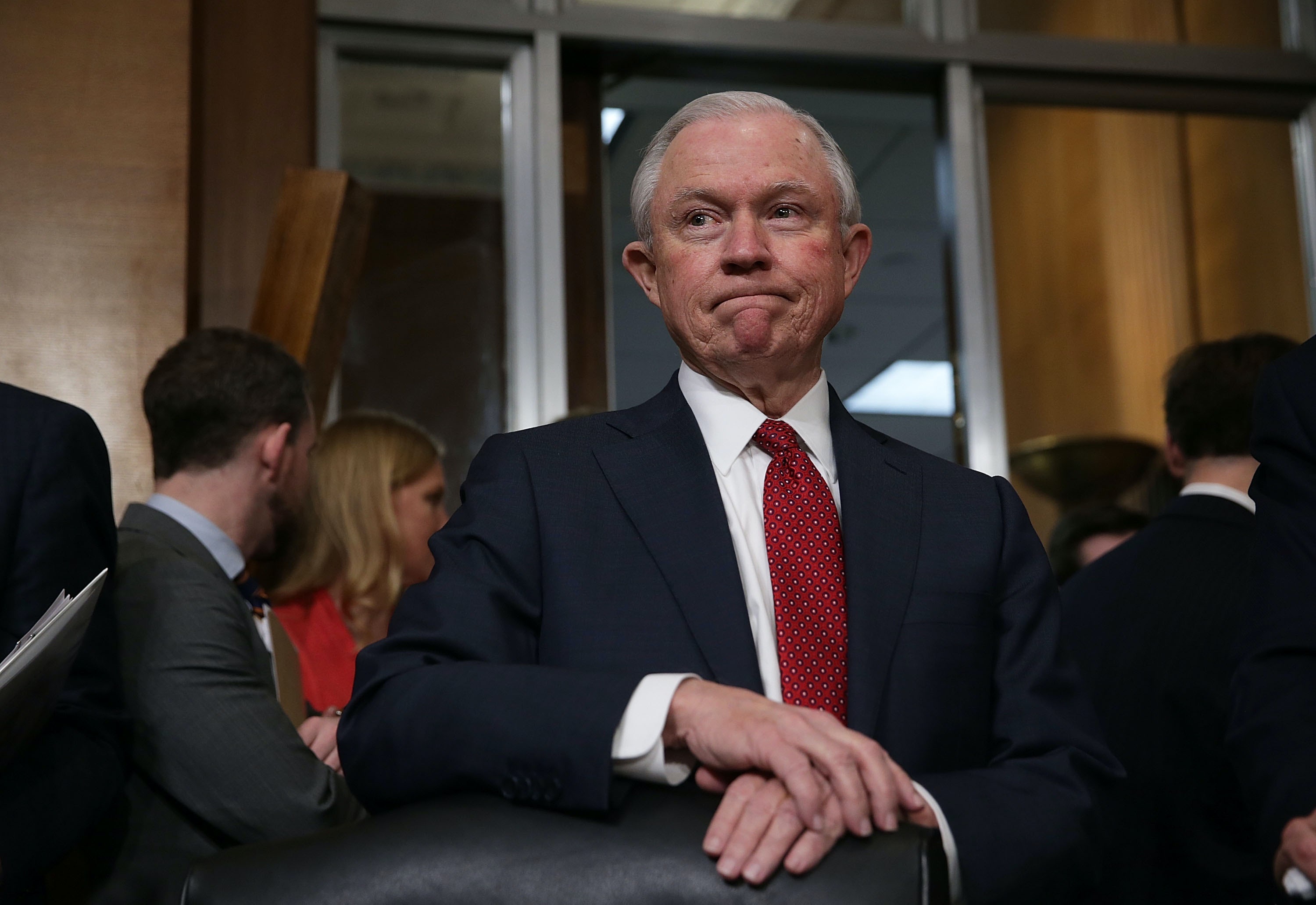 The cannabis community has been waiting a year for a sudden crackdown on legal marijuana, and the death of the Cole Memo appeared to set the Attorney General’s plan in motion. But if we’re waiting around for the hammer to fall, suddenly and without warning, we’re not paying attention to the slow game that Sessions appears to be playing.

Precisely what the Department of Justice (DOJ) has planned remains a mystery sealed tightly behind closed doors and broad statements made to reporters. In February 2017, a senior member of the conservative-leaning think tank, the Heritage Foundation, published an 11-step plan for how the DOJ could go after legal marijuana. After a year in office, the AG has checked off an uncomfortable number of those steps.

Far from sending armed thugs to kick down the doors of taxpaying dispensaries, the new war on drugs is a silent one, because it has to be. It’s a departure from the brute force tactics of the past because drug warriors like Sessions have come to understand that the public has no appetite for it. According to a recent Gallup poll, 64 percent of the country supports legalization, and many in his party have openly criticized the AG over his stance on the issue.

But Sessions isn’t likely to give up his crusade on cannabis. After all, this is the guy who said that the KKK was, “OK until I found out they smoked pot.”

What he can do is throw enough monkey wrenches into the market to ensure that the industry never becomes too big to fight. And the DOJ has already knocked at least seven of those roadblocks off the list. With public opinion against him, Sessions isn’t trying to stop legal weed; he’s trying to slow its momentum.

“This development will undoubtedly have an at least temporary chilling effect, particularly on new investment and banking,” says Nathaniel Gurien, CEO of FINCANN, a Manhattan-based company bringing compliant banking and payment solutions to the legal cannabis industry. Overall, that means a lack of secure cash flow to businesses to keep them running and expanding.

After the announcement, American companies, in particular, took a hit in the market while the rest experienced minor slumps. Publicly traded American cannabis companies had lost up to 30 percent of their value on the day of the announcement compared to their Canadian counterparts whose losses were in the single digits.

“[T]he timing of this announcement is outrageous,” Chuck Siegel, President, and CEO of BloomBoss told HERB, “waiting for legitimate businesspeople to make significant investments in what they thought was lawful commerce, and then dropping the curtain once all the money is spent and before any of the revenues come in.”

After the DOJ issued the Cole memo in 2013, the department of the treasury also enacted recommendations (number 7 on the list). These opened up the door for banks to do business with the cannabis industry and it worked. FinCEN’s recommendations for banks resulted in a major increase of banks willing to enter the industry. But it also hinged heavily on the Cole Memo staying in place and mentions it explicitly.

To watch the stock prices and listen to those in the industry, the announcement alone has had quite an effect. Not following up with a specific list of his own recommendations and leaving the decision to crack down on cannabis up to local attorneys is even more destabilizing.

“It is an attempt by the current administration to slow the flow of cash from investors into [California] a state that can make an unstoppable dent in full legalization,” says Jesse Peters CEO of Eco Firma Farms, pointing out that it’s no coincidence the announcement came three days after California officially legalized.

What’s more, Sessions explicitly mentions financial crimes in his own memo from last week; suggesting that he intends to take legal marijuana on without firing a single shot, or wasting resources that law enforcement like the DEA can’t afford to spare.

“It is almost as if the rally in publicly traded stocks in the legal cannabis sector was too much for the AG to bear,” says Leslie Bocskor, President of Electrum Partners, but it’s also an opportunity for the majority who support legalization to get loud and make sure that their voices are heard. “When we look back on this day in years to come, one of the big factors will be separating the dedicated from the dilettantes of who is building this industry.”

Get 20% off premium weed and discover the latest products, news, and deals in cannabis.
January 11, 2018 — Last Updated December 23, 2019
Written by Miroslav Tomoski