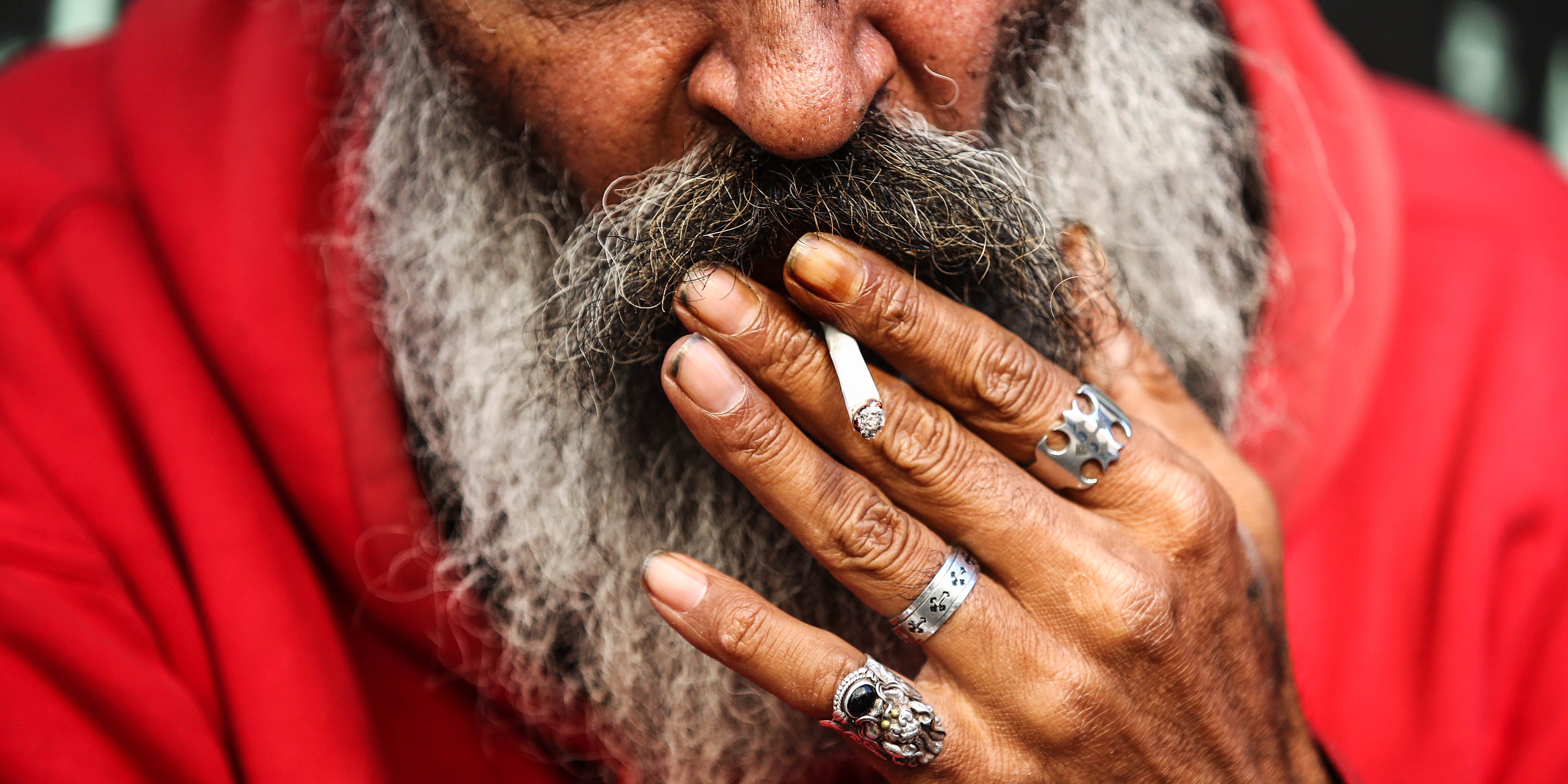 A man smokes a cigarette at a camp for the homeless at Martin Place in Sydney, Australia, on Thursday, Aug. 1, 2017. On the doorstep of Australia’s premier economic institution, a camp of about three-dozen tents and a kitchen for the homeless has come to symbolize the housing affordability crisis gripping Sydney, where prices have soared 127 percent since 2009. (Photo by Brendon Thorne/Bloomberg via Getty Images)

The country has medical marijuana but it’s extremely difficult to access.

This week in Australia, the Greens political party became the first party in the country with Parliamentary seats to propose cannabis legalization.

Among the reasons the party cited were the “failed” war on drugs, potential tax revenues, and an increasing international recognition that cannabis prohibition has a multitude of consequences with few benefits.

The type of marijuana policy proposed by the Greens would establish a government-run cannabis agency that would exclusively supply marijuana to individual retailers. Adults in Australia would also be allowed to grow up to six cannabis plants in their home for personal use.

This top-down policy would run contrary to the market-oriented structure of legal marijuana states like California. Instead, what the Greens are proposing is more similar to what Uruguay currently has in place.

“Quite simply, the war on drugs is really a war on people,” Greens leader Richard Di Natale told the Australian Broadcasting Corporation. “We need to get real about cannabis use in Australia.”

While medical marijuana is currently legal in Australia, many patients have reported that it’s difficult to obtain. The enforcement of recreational cannabis prohibition varies based on the region. In many cases, offenders are only given minor punishments including fines and mandatory counseling or education programs.

While marijuana proponents were given a brief moment of excitement when the proposal was announced, it was promptly shut down by Greg Hunt, Australia’s minister for health, who made it clear the government would not tolerate such a plan. Hunt claimed that marijuana was a gateway drug to more dangerous, illicit drugs.

Despite Hunt’s response, the Greens position on cannabis is a significant step towards reform in Australia. What comes next will likely depend on how much of—and how aggressively—the public throws their support behind it.