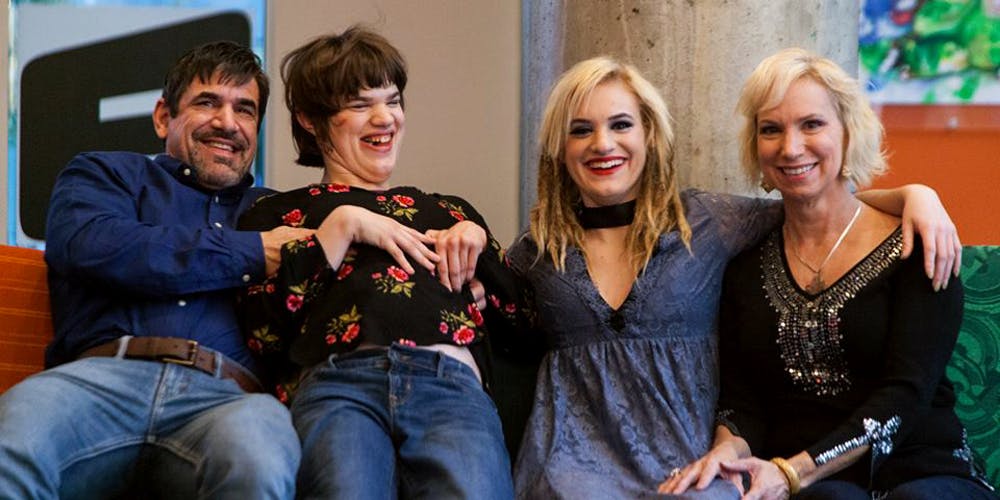 A photo of Kara Zartler and her family.

Child Protective Services accused the parents of abusing their daughter because they give her marijuana to stop her from hurting herself.

Two parents from Texas were recently awarded guardianship of their autistic 18-year-old daughter, Kara, despite Child Protective Services having raised questions about their use of marijuana to treat Kara’s symptoms. The judge’s decision signals a changing consensus about medical marijuana as an acceptable treatment for the symptoms of autism.

The parents, Mark and Christy Zartler, don’t conform to the stereotypical image of marijuana advocates. They’ve long supported a Republican agenda. They’re devout Christians. And they live in Texas, a state that is highly restrictive of medical marijuana use.

Mark and Christy first discovered medical marijuana as a treatment option for autism seven years ago after their neighbor suggested it. The parents say they had tried every other legal prescription medication available before discovering marijuana, but that these other medications suppressed Kara’s personality, taking the life out of her. According to Mark, cannabis has by far been the most successful treatment for Kara who, without it, would often hit herself or engage in other self-harming behaviors that lead to broken bones and even brain damage.

While much anecdotal evidence of marijuana’s ability to treat the symptoms of autism exists, a limited number of studies are available to back it up. One study looked at the impacts of dronabinol, a synthetic form of THC, on an “early infantile autistic child.” The study found that dronabinol “may be able to reduce the symptoms of autism,” including hyperactivity, lethargy and irritability. However, this study was unblinded and uncontrolled. Another study found that changes in human gene structures that are associated with autism and that block the brain’s endocannabinoid signaling process can be activated by THC, improving behavioral problems associated with autism.

The lack of research is mostly a product of marijuana’s Schedule I classification under the Controlled Substances Act, which creates a number of barriers for researchers looking to study marijuana. This lack of research hasn’t discouraged Mark and Christy, however, who have seen marijuana work as a treatment for Kara firsthand.

In his advocacy for medical marijuana, Mark uploaded a video of Kara that demonstrated her self-harming behaviors. In the video, Kara can be seen repeatedly hitting herself and screaming in anguish. But after Mark administers vaporized cannabis, Kara calms down and visibly cheers up. “It stabilizes her mood within minutes. Her good mood usually lasts all day,” Mark writes in the video’s description.

The parents posted the video to encourage lawmakers to legalize medical marijuana as a treatment for autistic patients. But they knew it was a risk.

Once disabled children turn 18-years-old, because they’re legally considered adults, the parents have to ask the courts to grant them “guardianship.” This allows the parents to continue making decisions on behalf of their child, such as what medications they should take. These hearings are typically short and exist more or less as a formality. But publicly admitting to administering medical marijuana, while it remains illegal in Texas and federally, complicated the process.

After the video went viral, Child Protective Services contacted the family claiming they had found “reason to believe” Kara had been physically abused. According to state law, administering illicit substances like cannabis to a minor counts as physical abuse.

“We’re not criminals, and it makes me feel uneasy that the medication that helps her the best, that has the safest profile medically, is illegal. And so it’s just hard,” says Christy in a Dallas News video.

Luckily, Judge Brenda Hull Thompson did not see their treatment method as problematic, and it wasn’t long before Mark and Christy were officially granted guardianship.