Bernie Sanders is the only candidate for president to support the legalization of cannabis, and on his trip to Puerto Rico, he was pretty “blunt” about it. 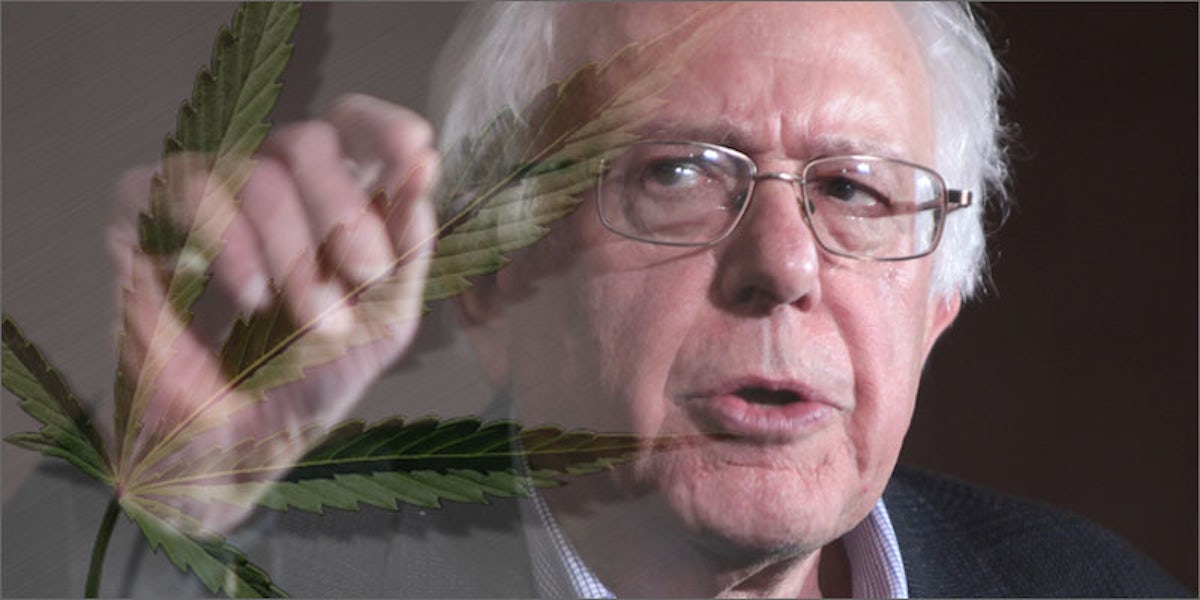 Bernie Sanders is the only candidate for president who actually supports the legalization of cannabis, and on his trip to Puerto Rico, he was pretty “blunt” about it. Although he is the first to admit his Spanish needs a lot of work, he managed to make his message pretty clear.

He spoke in San Juan ahead of the Democratic primary on June 5th, and Bernie Sanders had the crowd cheering. He spoke in Spanish to the audience, telling them that he’s not good at speaking the language, so he would be doing things in English. That got a good laugh. Then, he got down to business. When asked if he would legalize marijuana as president, he said:

“Sí, my Spanish is good enough to know that word.”

A lone voice of reason

While cannabis legalization has gained enough steam to make its mark on this presidential election cycle, the other candidates are less than enthusiastic about it. Hillary Clinton says she wants to liberalize America’s drug laws, but what she really means is a minor drop from Schedule 1 to Schedule 2, where it would sit with morphine, opium, codeine, methadone, Dilaudid, Demerol, and oxycodone. All Schedule 2 drugs are considered to have a high potential for abuse, and severely restricted for medical use (or at least are supposed to be).

Donald Trump in 1990 said he favored legalizing all drugs, but in 2016, as a presidential candidate, his support of legalizing cannabis is less than stellar. Medical is okay in his book, but recreational use? Not so much. Of all the candidates that have tossed their hats into the ring for this election, only Bernie Sanders was given an A for his views by Marijuana Policy Project. The only one to come close was Rand Paul, with an A-. Donald got a C+, and Hillary got a B.

The irony of a Democratic primary in Puerto Rico might be lost on other candidates, but Sanders had the guts to address the elephant in the room, so to speak. Although US territories including Puerto Rico, Guam, the US Virgin Islands, and the Northern Mariana Islands hold presidential primary elections, the people cannot vote in the general election. These territories are not states, and neither they nor their citizens receive the same rights as states.

Bernie spoke of the injustice in his speech:

“The people of the United States cannot continue a colonial-like relationship with the people of Puerto Rico.”

He even said he would support Puerto Rican independence if the people wanted it. For a presidential candidate to skip beating around the bush and speak directly to the real concerns of the people is, quite frankly, almost completely unheard of. It should be the way of things, and if Sanders can garner support in the rest of the country like he did in San Juan, he could actually make it so.

Down to the wire

With the democratic delegates quickly solidifying their support for their candidates, the current tally stands at:

To win the nomination, one of them needs at least 2,383, and more than the other. There are still 939 delegates left to pledge, so Sanders could theoretically pull off a win at the last minute, but it seems unlikely. Of course, with all this delegate talk, you have to understand that ordinary citizens in the United States don’t actually elect the president. They elect delegates, and the delegates elect the president. 4 presidential candidates in history have won the popular vote but lost the election due to the Electoral College.

What most people tend to forget is that United States is NOT a democracy. It is a Representative Republic. At least it is supposed to be representative.

Do you think Bernie Sanders can pull out of the rear position and win the Democratic nomination? Which candidate would win the popular vote? Does America need a new system? Share your opinion on social media or in the comments below.

Enjoy the latest and greatest from Herb, enter your email below to get exciting cannabis updates delivered to your inbox.
May 24, 2016 — Last Updated December 04, 2019
Written by Christopher Teague