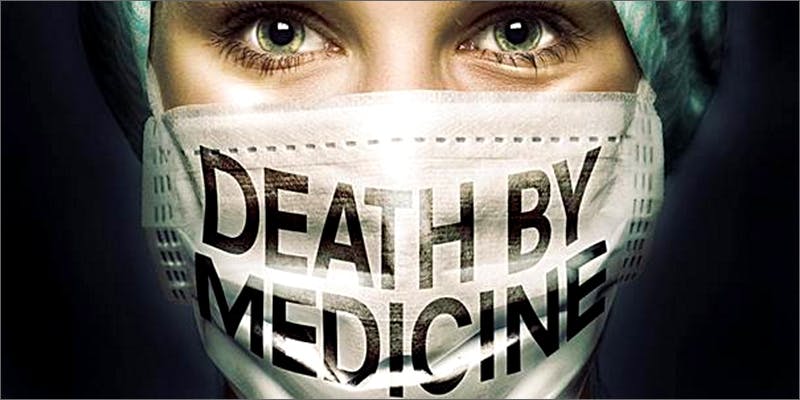 With a great amount of evidence that cannabis can replace harmful painkillers like opioids,Big Pharma has a lot to lose.

With a great amount of evidence that cannabis can replace harmful painkillers like opioids, the pharmaceutical industry has a lot to lose. Ashley and W. David Bradford, a daughter-father pair of researchers at the University of Georgia, scoured the database of all prescription drugs paid for under Medicare Part D from 2010 to 2013. Studies show that when cannabis is available for medical purposes, patients tend to choose it over their deadly pharmaceutical counterparts. No wonder Big Pharma are worried.

The study was analyzing states from 2010 to 2013 with access to medical cannabis, and the effects on Big Pharma’s revenue is definitely getting them worried. It shows prescriptions for painkillers and other classes of drugs fell sharply compared with states that did not have a medical-marijuana law.

But most strikingly, the typical physician in a medical-marijuana state prescribed 1,826 fewer doses of painkillers in a given year.

With drastic reductions in painkiller sales, the pharmaceutical industry has continually been opposing the legalization of medical and recreational cannabis. They have funded research that was performed by anti-pot groups of academics as well as funneled money to groups like The Community Anti-Drug Coalitions of America, which heavily oppose legal cannabis.

Big Pharma has also lobbied heavily towards certain federal agencies. The Department of Health and Human Services recommended that the THC from naturally grown cannabis should be reclassified as a schedule 3 drug, which would result in more research and medical applications. But without notice, the DEA rejected the proposal without any logical explanation.

With no reasons to dismiss a progressive legislative change given to Health Services, the office of Senator Kirsten Gillibrand discovered the massive DEA lobbying that had occurred to keep natural THC out of the hands of consumers and researchers.

The Bradford researchers wanted to figure out just how much revenue the pharmaceutical industry has lost in medical marijuana states. And just in 2013 alone, the 17 states that were considered medical cannabis havens saved an estimated $165 million on behind the counter pills.

Doing some simple statistical mathematics, they concluded that if medical cannabis was legal at the federal level, then over half a billion dollars would disappear from the pharmaceutical industries annual revenue reports.

Now I don’t know about you, but if I was about to lose half a billion dollars in revenue simply because of a plant that can be grown in a closet, I would be losing my mind. And I am sure most of you believe that BigPharma deserves some hardships.

The American medical industry has the most expensive drug prices in the world, and for decades, these companies had lobbied the governments heavily to keep the ginormous profits flowing.

It’s 2016, and people aren’t oblivious to the powerful medical benefits of cannabis anymore. So it’s time to sit back and relax and watch the profits get siphoned out of the pharmaceutical industry for the next couple of years. Enjoy the show!

Who’s excited to see the huge amounts of power and profits disappear from Big Pharma? Let us know your thoughts on social media or in the comments below. We look forward to hearing from you!