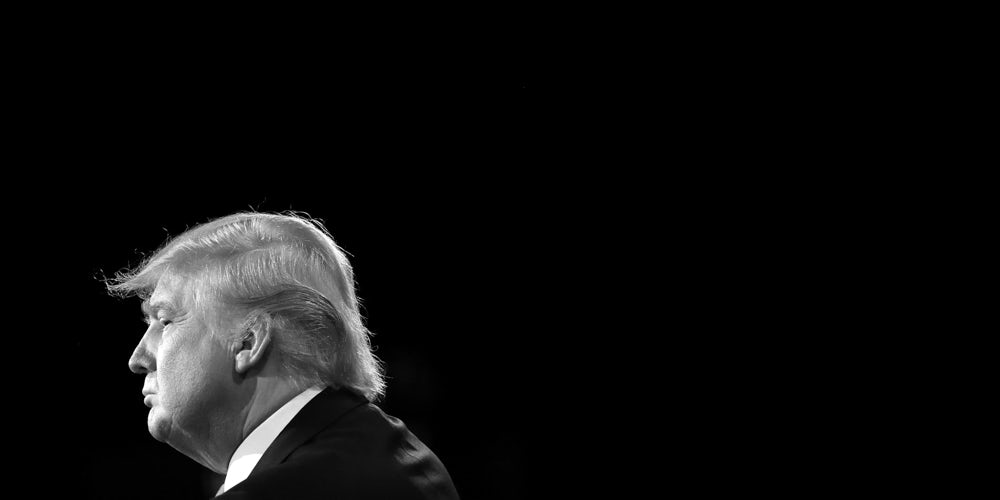 If you’re a Trump supporter, these three word’s will always only sound the alarms of liberal “identity politics,” and political correctness run amok: Trump’s a racist. (That is of course, if you’re not among Trump’s openly racist caucus).

For the rest of the country, indeed the majority, you’re left wondering: if not Trump, how does one qualify as racist? Refuse to rent your apartment buildings to African-Americans? Call African-Americans who peacefully protest racism “son of a bitch”? Call people wielding tiki-torches, blatant antisemitism, and anti-American flags “very fine Americans”?

Some outlets have tried to report all of Trump’s racist outbursts and incidents in a comprehensive list, clearly struggling under the enormity of the task. The truly amazing thing, though, is that these lists are necessary to sway minds at all. We all watched the election. We all watched Trump’s candidacy grow out of accusations of Barrack Obama’s origin of birth, followed by gross generalizations about Mexicans. Yet Trump supporters are just as flabbergasted as the president himself when the media calls his comments and actions what they are: racism. In fact, it’s only more fuel for the fire of Trump’s accusations of “fake news.”

While Trump’s racism is disturbing and frustrating for anyone with common sense to call a spade a spade, it’s necessary to remind ourselves that the implications of his prejudice far exceed the reaches of dinner-table debates with conservative family members. If you’re African-American, Hispanic or an immigrant, Trump’s racism could mean anything from an increase in hate crimes to being unfairly arrested, separated from one’s family, or put in jail.

This is probably what Cedric Richmond, Chair of the Congressional Black Caucus, had in mind when he recently sent a scathing letter to Trump, urging the president to take action against racial injustice in America.

But alas, Trump is a 71-year-old billionaire, who still describes himself as self-made, with a seemingly exclusive and unwavering devotion to himself, even in the face of a humanitarian crisis.

So read Richmond’s letter, because his words are an urgent call for action, and a powerful message for those who care about all their fellow Americans. But as for Trump? Let’s not hold our breath.

Read the letter below:

I write today to express my utter disgust with your handling of race relations in America in general and, more specifically, your calculated, divisive response to nationwide demonstrations against police brutality and racial injustice by professional football players, owners, coaches, and countless other patriots. African Americans are just as patriotic as any other American. We have fought in every war from the American Revolution to Iraq and Afghanistan, only to come

home to a country that has yet to reconcile deep-seated issues of race, inequality,

As President of the United States, your use of profane, sexually derogatory language in addressing American citizens, or anyone for that matter, is unbecoming of the office you now hold. Moreover, your complete lack of understanding of or empathy for the very painful history and substantive policy concerns that move people like Colin Kaepernick to take a stand, or a knee, in the first place is a reminder of all the African American community has to lose under your Administration. Nonetheless, as Chairman of the Congressional Black Caucus (CBC), an organization with the well-deserved reputation as the Conscience of the Congress, I feel obligated to yet again attempt to educate you and your Administration about the many problems facing our communities and how you can work with us to improve them.

As you may recall, I, along with senior leadership within the CBC, met with you on March 22, 2017. In that meeting, we presented you with a 125-page policy book, as well as a letter addressed to Attorney General Jeff Sessions from Judiciary Committee Ranking Member John Conyers, the Dean of the House, and myself. Both the policy book and the letter to Attorney General Sessions provided much-needed insight into our legitimate concerns with the criminal justice system, racial profiling, and police brutality, among many other issues. Not only did you and Attorney General Sessions fail to respond to either document in any substantive way, your actions continue to suggest that our pleas for responsible policy solutions were completely disregarded. For example, Attorney General Sessions has initiated a second failed war on drugs that will wreck the Black community, an over-policed population, and only exacerbate our nation’s shameful mass incarceration problem. The painful irony that Black drug users are treated as criminals while White opioid addicts receive a multi-million-dollar federal public health response is not lost on me or the millions of African Americans that CBC Members represent. You personally add insult to injury with the racist dog whistles you employ, such as calling for “law and order” in underserved, neglected communities across America while concurrently encouraging police brutality. The actions taken by you and your Administration in the short time you have been in office have already caused serious harm to our constituents and the vulnerable communities for whom we speak.

When we met, you claimed you cared for our communities. At the time, we provided you with several solutions that you could have discussed with us in order to prove that you were not just blowing smoke. Since our meeting, you have done nothing to help our communities and have taken affirmative actions that have harmed our communities. Almost everything you have done and said on the topic of race or on issues that implicate race demonstrates a shocking lack of knowledge for an adult public official in the 21st century. In hopes that the United States President would act with knowledge on these important issues, I have enclosed a copy of both the policy book, the letter to Attorney General Sessions, and a letter to Education Secretary DeVos that we provided you six months ago. I urge you to read these documents since it is evident that you have not, and give serious thought to addressing the underlying concerns that give rise to the demonstrations you find so very disgraceful.

Get 20% off premium weed and discover the latest products, news, and deals in cannabis.
October 15, 2017 — Last Updated
Written by Rob Hoffman