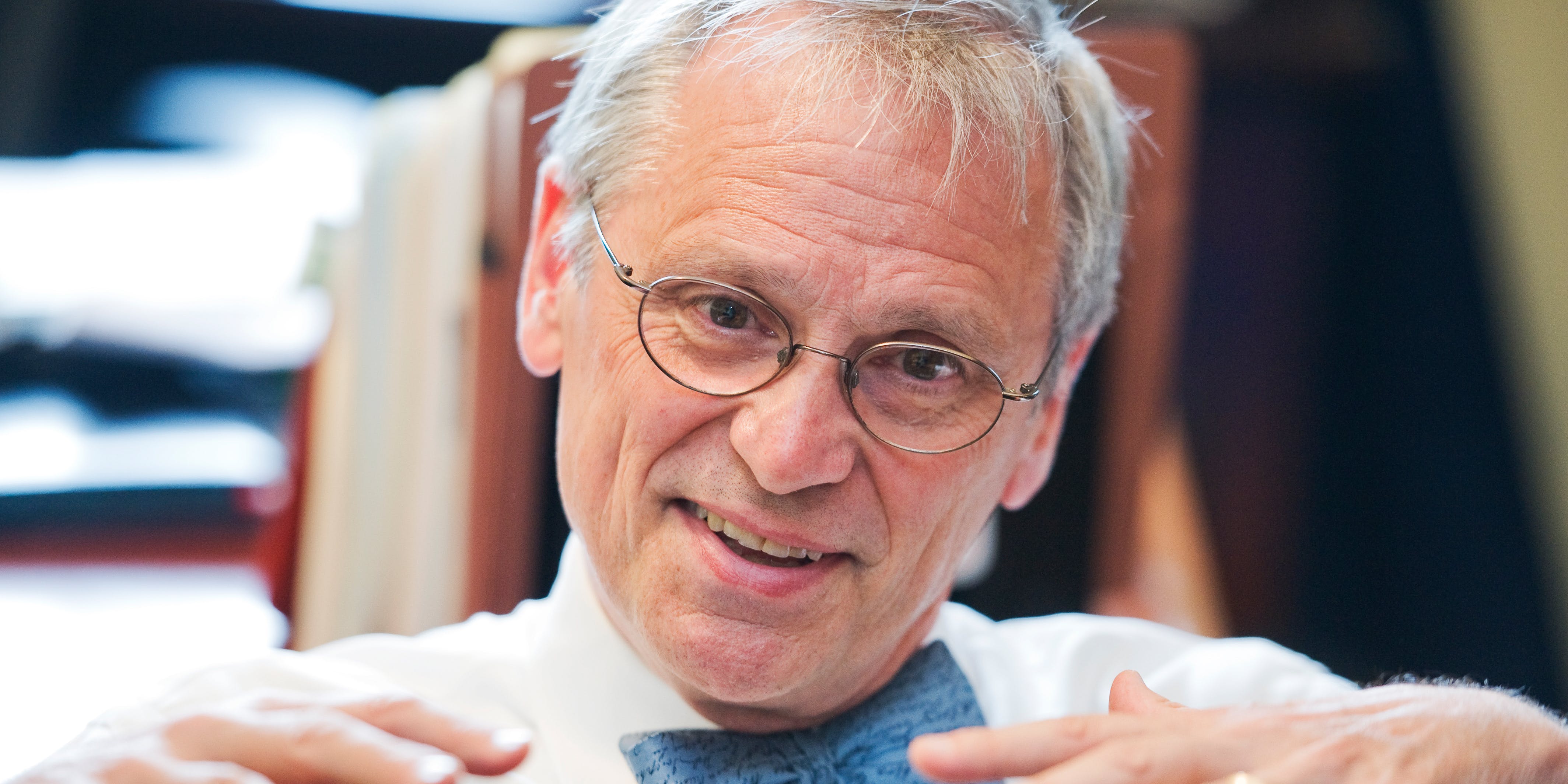 Earl Blumenauer believes if Democrats win the midterm elections, cannabis legalization in the United States might not be very far away. Congressman Blumenauer is pictured here after being interviewed in his Oregon office in 2011. (Photo By Tom Williams/Roll Call)

Cannabis legalization is just four short years away, according to one of Congresses’ most outspoken cannabis advocates Rep. Earl Blumenauer (D-OR). The Beaver State congressman who is a co-sponsor of the Rohrabacher-Blumenauer protections for states with legal medical cannabis made the optimistic prediction at the Cultivation Classic in Portland.

“I made a bet that within five years, every state will be able to treat cannabis like alcohol and there will be universal access to medical marijuana,” He said told the crowd adding that, “If we do our job, it’s game over in 2 years.”

Blumenauer emphasized the upcoming midterm elections in November as crucial to the progress of legalization on Capitol Hill, promising that if his party wins the majority of seats in Congress marijuana reform will become a priority.

“If Democrats control the House of Representatives,” he said, “in the first months of the next Congress in 2019 we will be having hearings on de-scheduling.”

Support for legalization among Democrats has been consistently higher than their Republican counterparts with 69 percent of Democrat voters in favor of legalization compared to just 43 percent among the GOP according to PEW Research.

But that pattern seems to be shifting as a wave of new supporters have come out of the woodwork, including former Speaker of the House John Boehner who recently announced he will be joining the board of the cannabis company Acreage Holdings.

On Thursday, Congresses’ appropriations committee voted to approve the Rohrabacher-Blumenauer amendment as part of the government’s upcoming budget for the 2019 fiscal year which begins in October. The amendment prevents the Department of Justice from spending any of its funding to enforce the federal ban on cannabis in states where it is legal for medicinal use.

While the protections have been a part of the federal budget since they were first introduced in 2014, this was the first time a congressional committee voted to approve the amendment causing many to speculate whether support for legalization has finally reached a tipping point in Congress.

When it comes to former prohibitionists who have changed their mind, Blumenauer has said that he doesn’t care whether it’s for political reasons or a genuine change of heart as long as they’re willing to work with him to change the law.

In addition to co-sponsoring legislation, Blumenauer and Colorado Democratic Rep. Jared Polis have co-authored a guide for lawmakers on current marijuana policy and why it needs to change. Both Blumenauer and Polis are founding members of the Congressional Cannabis Caucus, a group of lawmakers dedicated to reforming federal marijuana laws.