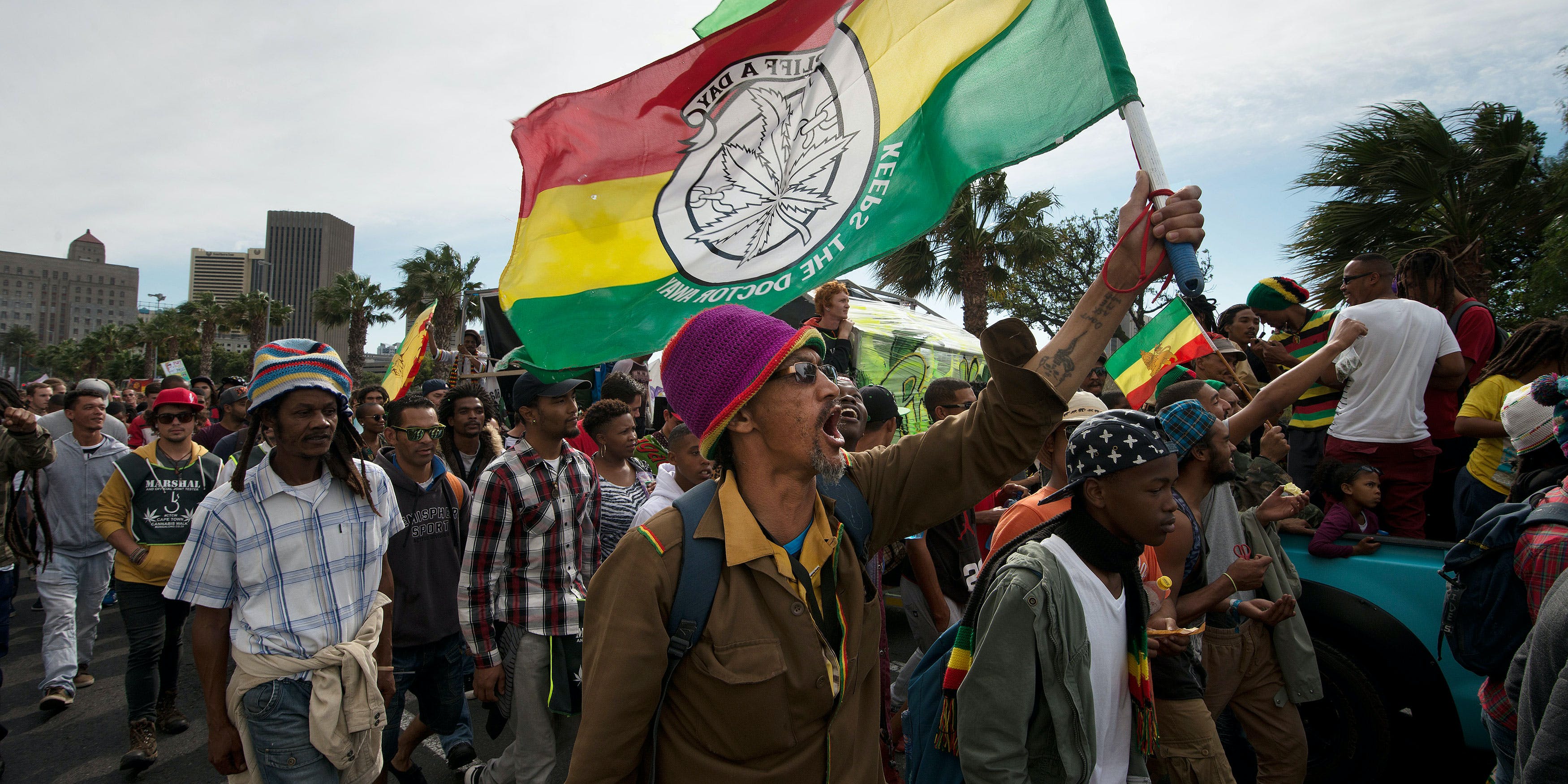 Thousands of people take part in a march through the central city, calling for the South African government to legalise marijuana, or cannabis (also called dagga locally) on May 7, 2016 in Cape Town. (Photo by Rodger Bosch/AFP/Getty Images)

South Africa’s Constitutional Court, the country’s highest judicial authority, has declared the government’s ban on the personal use and cultivation of cannabis unconstitutional, effectively legalizing cannabis in the country.

On Tuesday (Sep. 18), the court decided unanimously to lift the country’s ban on cannabis with Deputy Chief Justice Raymond Zondo declaring in an official statement that, “It will not be a criminal offence for an adult person to use or be in possession of cannabis in private for his or her personal consumption.” The ruling will also permit home growing in South Africa.

Activists and members of the Rastafari community gathered outside the courthouse in Johannesburg as the decision came down, cheering and carrying signs that read: “Weed Are Free Now.”

As part of its decision, the court simply upheld a previous ruling that the ban violated the constitutional right to privacy within the home, meaning that citizens will now be allowed to consume cannabis at home, but will still be barred from doing so in public.

The commercial sale and cultivation of cannabis will also remain illegal, while the exact amount an individual will be allowed to grow or possess at home will be left for the government to decide.

The parliament now has 24 months to make sure that the law reflects the court’s decision and add any regulations—such as grow limits—it believes are necessary or the court’s ruling will automatically go into effect without restrictions.

The decision came as a result of a 2017 case in which the Western Cape High Court ruled in favor of three cannabis users who argued that the country’s cannabis ban violated their privacy rights. The decision was challenged by the government and brought before the country’s highest court on Tuesday morning.

Many of the country’s lawmakers remain opposed to the legalization of cannabis—or dagga, as it’s known locally—though the ruling of the Constitutional Court is final and binding, meaning that lawmakers are left with no choice but to accept and implement the new rules.

Still, attitudes toward the plant appear to be shifting, even among government officials. In the fall of 2016, Central Drug Authority officials, wrote in an article for SA Medical Journal that, “decriminalization can contribute to improved public health,” going on to say, “There is little evidence that focusing on supply reduction via criminalization is effective in reducing alcohol, tobacco, marijuana and other substance abuse.”

The continued ban on the sale of cannabis will mean that the government will not be able to collect tax money from this most recent decision unless it decides to go one step further than the courts and establish a legal market.

As recently as August, the country’s Department of Trade and Industry suggested that the legalization of sales is being considered. According to a report from Fin24, Minister Rob Davies said that his department is currently looking into, “the obstacles and opportunities for South Africa to become an active and innovative player in this growing market.”

South Africa is the third African country to decriminalize cannabis, having opened its first medical dispensary in May after Zimbabwe and Lesotho became the first to legalize in 2017.