Cannabis prohibition supporters are great at not answering clear questions. Watch the DEA Chief skirt around the incriminating truth of medical marijuana. 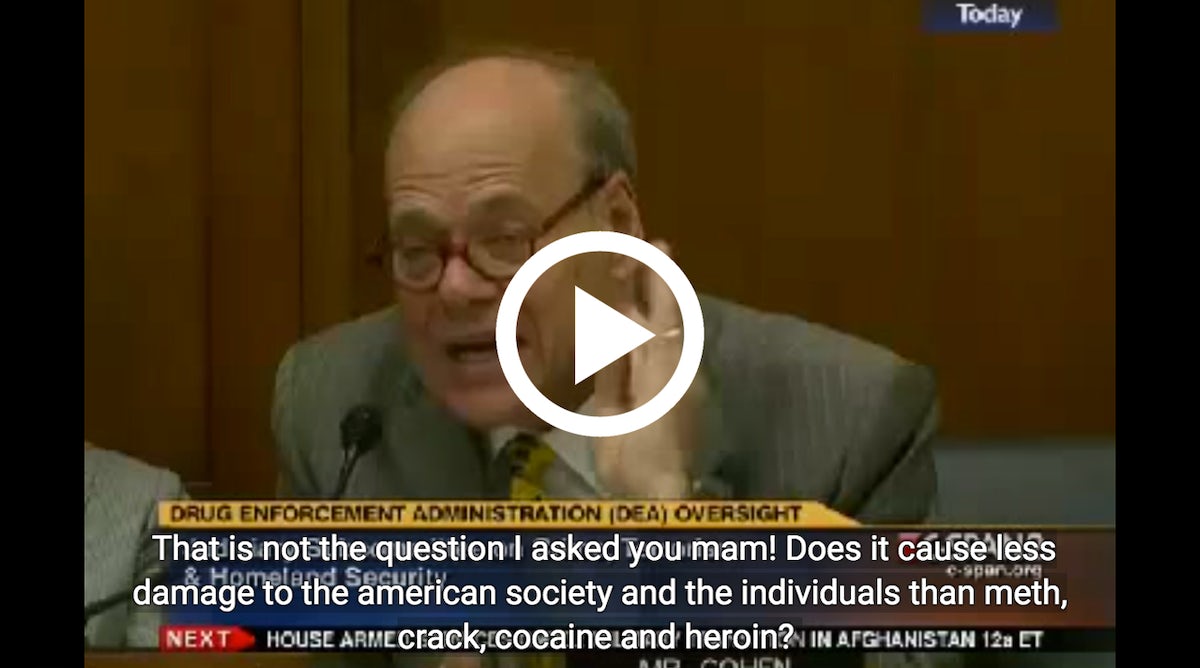 One thing’s for certain: prohibition supporters are very good at not answering crystal clear questions.

Former DEA Chief Michele Leonhart is an expert in question evasion, an aptitude that surely helped earn her an elite position in spreading medical marijuana propaganda.

Luckily Rep. Steve Cohen is on the scene to ask all the right questions, forcing Leonhart to skirt tactfully around the incriminating truth to the not only benign, but beneficial effects of cannabis, which remains a Schedule 1 drug alongside heroin and meth.

Where do you think former DEA Chief Leonhart falters most? Check it out.