Governor Jerry Brown is launching an initiative to crack down on illicit pot operations in the state. 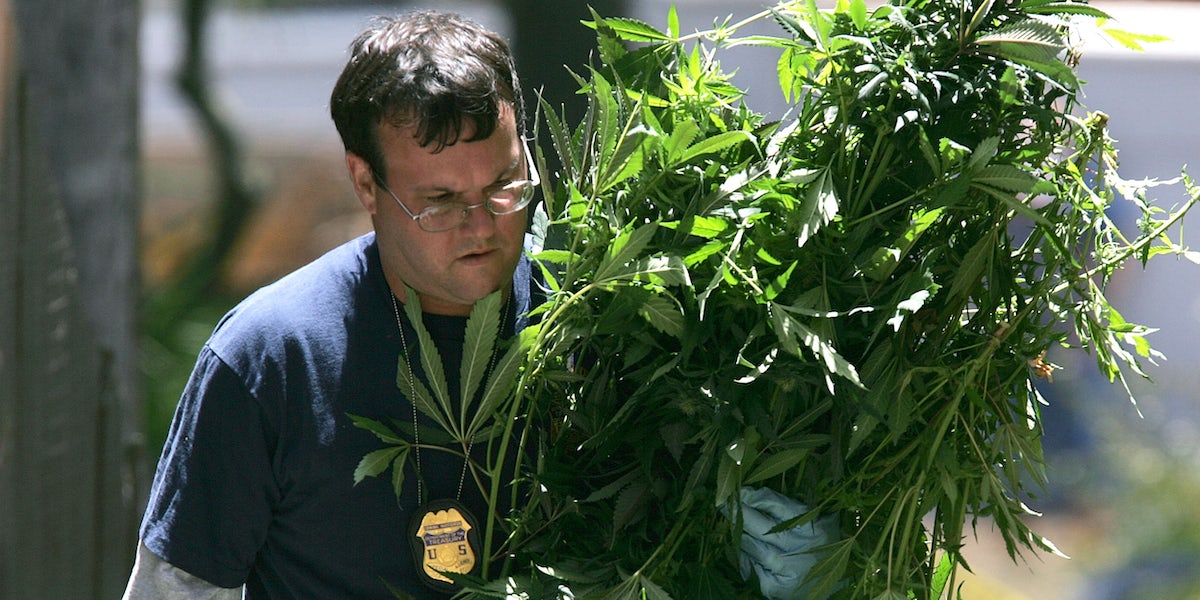 In California, lower than anticipated cannabis tax revenues have prompted Governor Jerry Brown to launch a special investigative team to eradicate black market cannabis cultivators and sellers. Brown will now spend $14 million on a plan to “target illegal cannabis activity with an emphasis on complex, large-scale financial and tax evasion investigations,” according to a statement from the governor’s office.

While California budgeted for an expected $175 million in cannabis excise taxes for the first six months of this year, only $33.6 million has been collected by the state in the first three months of 2018. If the next three months follow a similar pattern, the state will have made less-than-half of its expected cannabis excise taxes. (Excise taxes are a type of tax typically reserved for nonessential goods like tobacco and alcohol.)

Licensed cannabis businesses in California are complaining that the lower-than-expected sales are a result of a thriving black market that has capitalized on the state’s high cannabis tax rates.

Currently, there are four different types of taxes that Californians need to pay when purchasing cannabis: a cultivation tax, excise tax, sales tax, and city tax. In most cities, these taxes can cost consumers up to 45 percent of their total purchase. Some cities, like Berkeley, have lowered their cannabis tax rates to compete with the black market. But even in Berkeley, a city with one of the lowest tax rates of anywhere in the state, consumers are charged a 30 percent tax rate for their cannabis products.

Some, like State Finance Director Michael Cohen, believe the lower-than-projected cannabis tax revenues are merely a result of the state’s late start in licensing cannabis businesses. Since California only began issuing permanent business licenses on January 1st—the same day the state officially legalized cannabis for recreational sale, purchase and consumption—Cohen believes that revenues will increase as more licenses are distributed.

Nevertheless, the state is moving forward with its plan to weed out black market cultivators and sellers.

This $14 million initiative involves creating five investigative teams in the state attorney general’s office, which will target tax evasion and environmental crimes. Illicit cannabis growing operations on public lands are one of the major environmental concerns in the state.

These investigative teams will operate out of the cities of Fresno, Sacramento, San Diego, and Los Angeles. Some state officials believe this type of enforcement is a necessary step in preventing intervention from the federal government, which would be more likely if the state’s cannabis program becomes overrun by black market cultivators and retailers.

Enjoy the latest and greatest from Herb, enter your email below to get exciting cannabis updates delivered to your inbox.
May 25, 2018 — Last Updated
Written by Rob Hoffman