Why are California’s pot farmers concerned about, and oppose Prop 64, the latest effort to legalize adult use cannabis? Should everyone be worried? 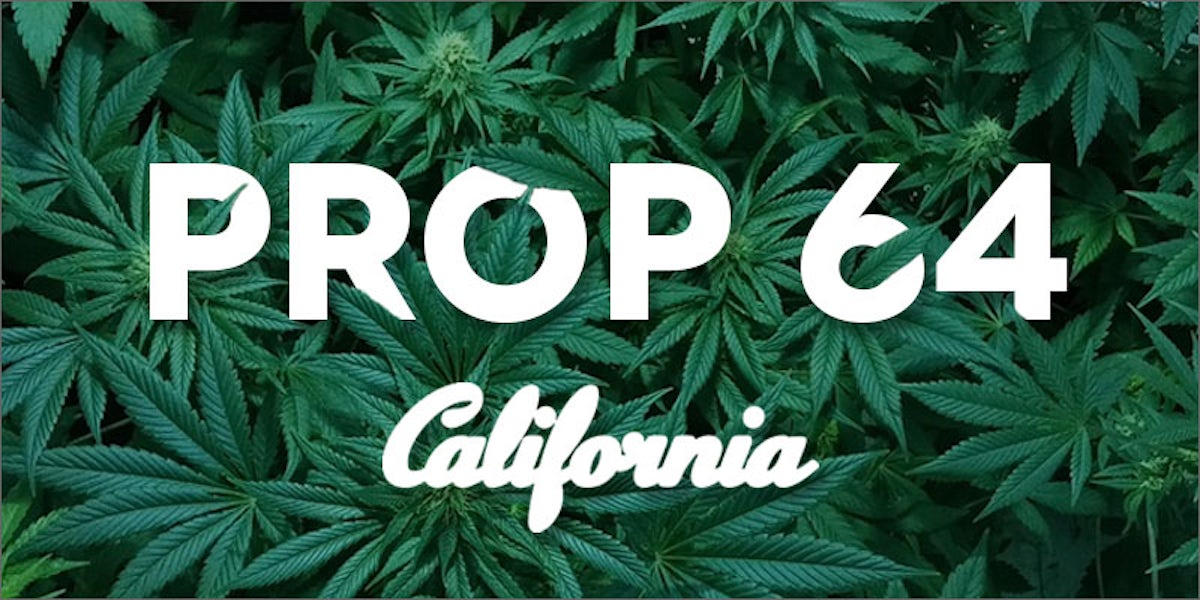 I know people…who are anxious to hold onto their fiefdom up there. We had Prop 19 on the ballot; they f*cked it up by not voting for it. – Director Bruce Margolin, Los Angeles NORML

So exactly why are California’s pot farmers concerned about the latest effort to legalize adult use cannabis? And should everyone?

1. Compassionate Use Act is good enough

If Proposition 64 was aiding Prop 215, I’d be all for it. But it’s not. It seems to be rewriting what we already accomplished. – Dennis Peron, chief architect of Proposition 215

Prop 64, if approved by voters, includes regulations requiring farmers of all sizes to implement a seed-to-sale tracking system.

Unfortunately, such tracking databases and the technology required to run them aren’t cheap. Even California’s smallest farmers would be required to implement the system, many of which will find it cost prohibitive.

Proposition 64 includes relatively strict environmental protections (no surprise from California, one of the most progressive states in the nation). The cost of compliance with these regulations, including inspections, may be prohibitive for many small farmers.

Proposition 64 gives government officials the right to conduct regulatory inspections. Some growers are crying foul, complaining that these inspections would be tantamount to “warrantless searches” and cost farmers additional time and money.

Proposition 64 would usher in a new wave of cannabis taxes, including cultivation taxes for both flowers ($9.25 per ounce) and trim ($2.75 per ounce). These taxes will obviously either reduce farmer’s profit margin or increase costs for consumers and patients in the retail environment.

If Prop 64 passes, the State of California will begin selling Type 5 cultivation licenses to large corporations in 2023.

If [the market] is captured by a small number of…large growers, there won’t be much choice…than to continue to engage in criminal behavior. – Hezekiah Allen, Executive Director of the California Growers Association

Federal regulations in the U.S. prevent cannabis businesses from utilizing merchant banking services; this is why dispensaries accept only cash and customers can’t swipe a credit card for their purchase. The situation would not change if Prop 64 becomes law.

8. Pot will still be illegal at the federal level

Cannabis has been illegal at the federal level since August of 1937. Even if Prop 64 passes, California’s cultivators will remain vulnerable to prosecution from federal authorities like the Drug Enforcement Administration (DEA) and the Justice Department.