Both supporting and opposing stakeholders of Proposition 64 are fighting hard to win votes. Given the polarity of opinions, who can you trust? 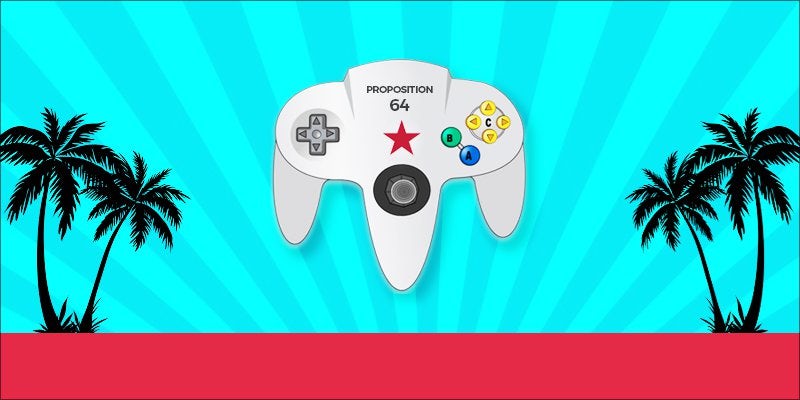 Proposition 64, California’s highly contentious attempt to legalize adult use cannabis, has spurred much misinformation in the final weeks before the November 8 election. Both supporting and opposing stakeholders, many of which do not reflect the best interests of average cannabis consumers, are fighting hard to win votes.

Given the polarity of opinions, who can you trust? I asked myself this question recently when trying to intelligently decide to support or oppose Proposition 64. In an effort to resolve my quandary, I asked four seasoned experts in the cannabis legalization movement for their opinions of California’s second attempt in six years to legalize recreational pot via a voter initiative. Here’s what they told me.

Bruce Margolin is Director of the Los Angeles chapter of NORML and author of The Margolin Guide to Marijuana Laws. He is also one of the strongest proponents of Proposition 64.

Over the years, otherwise good people have been put in jail because of the ambiguities and unfairness of the marijuana laws [in California]. I don’t think the marijuana legalization community is deeply divided, [as some claim]. There’s a certain number of people out there that want to aggrandize themselves by being naysayers. There’s a few people who misunderstand and misconceive the laws.

People are saying that taxes will go into effect and patients won’t be able to afford medical marijuana. To that I say, the cost of marijuana is going to go down tremendously. It happened in Colorado; it will happen in California as well. Nobody likes taxes, but they’re a reality of life. And taxes are better than incarceration, that’s for sure.

Lynnette Shaw worked full-time to pass California’s Proposition 215 in 1996, helping to create the first medical cannabis law in the United States. She then developed the modern dispensary regulatory model in Northern California in 1997.

California’s existing medical marijuana act, the MCRSA (Medical Cannabis Regulation and Safety Act), is onerous, unfair, and definitely favors big business over small farmers. It’s already the law and will go into effect in 2018…unless we modify it with Proposition 64. I guess the underground growers don’t watch TV or read the newspaper. Their objection to Prop 64 illustrates a misunderstanding of these facts.

Prop 64 will save the family farm, as opposed to ruining it. It keeps big business out of the marijuana industry in California for five years. This gives us the time to organize, to establish our licensing, to get our distribution together, to create our brands, and to be able to hold out against the big money.

Prop 64 is, ironically, the saving grace of the same small growers who are freaking out and working against it! It’s so misguided and sad. I had to stay neutral for a long time. Everybody was going crazy, but I had to do my homework. And I concluded that, if we don’t pass Prop 64, MCRSA is going to wipe out all the small folks.

I think some of the major objections arise from ignorance and absolutely misguided advice from people who have not done their homework. Or else they’re being paid to obstruct. This is something that my mentor, Jack Herer, taught us: Obstructors from the drug war will lie and lie and lie.

Ngaio Bealum has been making people laugh about cannabis and prohibition for more than 25 years. He has appeared on Comedy Central, released an album called Weed and Sex, and currently hosts the Cannabis Radio podcast Rollin’ with Ngaio.

It’s time. Here’s the thing: People act like this is going to be the end of it. There were people up in arms in 1996, saying Proposition 215 didn’t go far enough. But here we are, 20 years later, with de facto legalization, with marijuana clubs almost everywhere, except for certain recalcitrant counties and cities that just refuse to accept the 20th century. If we pass Proposition 64, it’s just another big hurdle we’ve overcome.

And then all the outlaws can do their outlaw shit, and all the activists who don’t like rules can keep pushing the limits, and we can have more and more cannabis freedom.

All of these people complaining about the possession limit…how can the cops tell? An ounce of weed smells just like eight ounces. Since they can’t use the smell test [if Prop 64 passes] to figure out how much weed you have, they’re gonna let you go. If you can keep your damn mouth shut and be discrete, you can carry around as much weed as you want. Regarding the smell issue, to quote Joe Biden, ‘It’s a really fucking big deal.’

Proposition 64 doesn’t mean less cannabis freedom. It means more freedom for everybody! Prop 64 is a good deal. We should take advantage of it.

“Grand Daddy” Mike Grafton has been cultivating, processing, marketing, and teaching cannabis for half a century. This Oakland resident and Harvard grad

one of the most experienced voices in the legalization movement.

I am one of the diverse idiots that both failed to gather the financial support to fund a better initiative and was unsuccessful in amending some of the critical flaws in Prop 64 before the draft was locked in stone.

It is small solace that I am only one of the hundreds of thousands of idiots in the California cannabis community unable to unite consensus around core beliefs and secure honored commitments to bridge our unresolved differences. I know, personally, of dozens of pending cases where the final legal disposition will be affected by [Prop 64], and that is a very small percentage of the state total. We need to shore up the paltry gains of this initiative and move on to true legalization.

Although Prop 64 is not a smack down to the incarceration industrial complex, it is a straight jab to the jaw. It could be the first blow in a knock out combination, if the margin is large and the local and national follow-up is effective. Please join me in voting for Proposition 64 and commit your passion and money to campaign for improving it on November 8.

Get 20% off premium weed and discover the latest products, news, and deals in cannabis.
November 01, 2016 — Last Updated December 10, 2019
Written by Gooey Rabinski