Now Reading:legalization | Can You Believe This State Rejected Legalization? 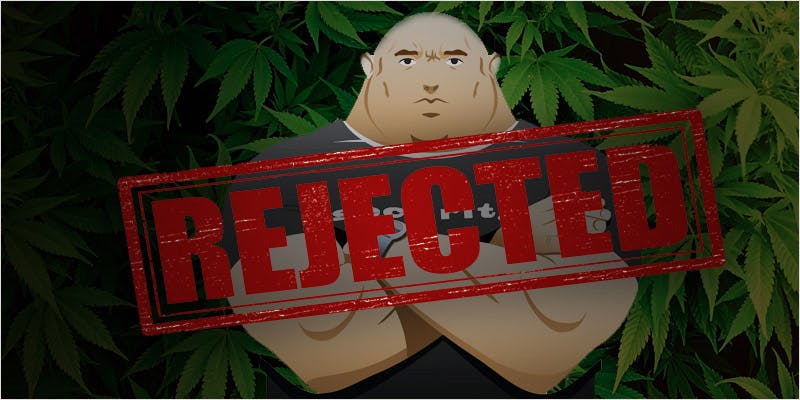 Can You Believe This State Rejected Legalization?

On February 1st, they felt supremely confident turning in over 99,000 signatures. However, on March 1st, the State office reported that they found 47,686 of those signatures didn’t count.

A big surprise this week for lovers of cannabis in Maine, and not a pleasant one. The voter initiative to legalize marijuana in Maine failed to collect enough valid signatures to qualify for the state ballot. This comes as a shock to many who believed that the issue was a sure thing.

The question of numbers

The petition gatherers have been pounding the pavement to get this issue on the ballot, requiring 60,000. On February 1st, they felt supremely confident turning in over 99,000 signatures. However, on March 1st, the Maine Secretary of State office reported that they found 47,686 of those signatures didn’t count.

That puts the initiative about 9,500 signatures shy of meeting the bar. Many are calling into question the vetting process for signatures, citing that more than 17,000 from a single notary were invalidated because the notary’s signature had issues compared to the signatures on file. This discrepancy alone could put the movement back into the race. A total of only 51,543 out of over 99,000 total signatures were validated.

The fight to vote

David Boyer, manager of the Campaign to Regulate Marijuana Like Alcohol plans to appeal the validation process.

“We will look at all the options to challenge this. We don’t want 17,000 people to be disenfranchised because of a handwriting technicality.”

Initiative supporter Rep. Diane Russell, D-Portland said the group will appeal because people deserve to vote on the issue.

“This is about voting rights at its fundamental core, not legalization.”

Denying a voice to the people

Now the campaign has less than a week to formally appeal the denial, but denying voters the right to make their voices heard seems to be a popular trend in Maine as of late. A casino proposal, which would bring millions of dollars into the economy was also denied. It seems that our country would rather tell us what it thinks is best for us, rather than allow us to exercise our God-given free will.

Maine isn’t the only state where this is happening. Supporters of legalization around the country, state by state, are walking away from legislative buildings with slumped shoulders. 2016 was hyped up to be a big year for marijuana legalization.

The threat of reelection looms large for many politicians this season, and cannabis straddles the line of becoming a majority issue. These career campaigners rely on a lack of representation at the polls of what America truly wants, and a loyal minority of their constituents swaying the process so they can keep their jobs. We have to unite and let our “elected” officials know:

“Vote legalization in, or we vote you out!”

Do you think that poor turnout in elections is a symptom of lack of faith in the system, or in the choice of political leaders? Would you vote for a candidate who intended to fully legalize cannabis? Let us know! Share your voice with us on social media  or in the comments section below.