They don’t want weed seeming too glamorous or exciting. 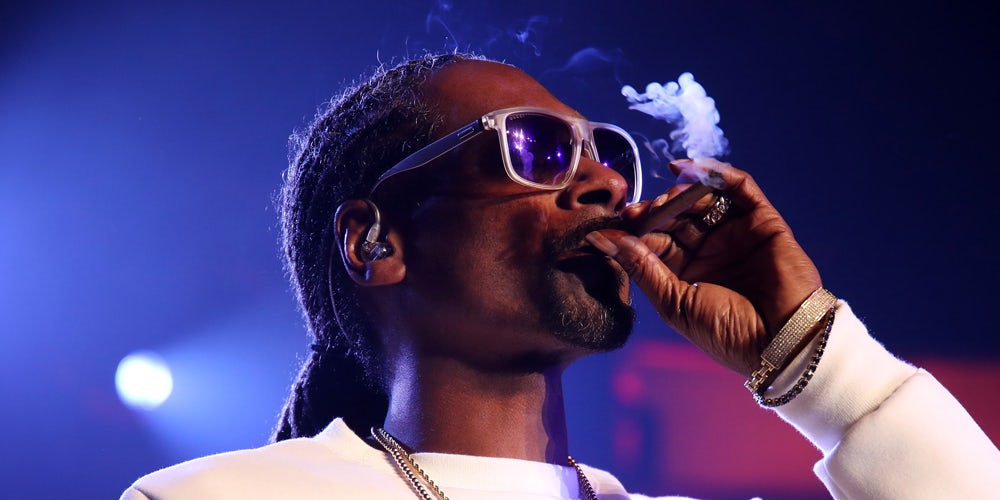 The Canadian government’s focus on weed branding has been called out for being as serious as the restrictions on how cigarettes are marketed. That means packaging has to feature warnings and products can’t be too appealing or seem cool to kids.

It’s this idea of “linking [marijuana] with glamour, excitement or risk” that has the Canadian government forcing companies like the billion dollar, Ontario-based medical marijuana company Canopy Growth Corp, to pump its brakes on a deal with Snoop Dogg (check out his line of bongs at the Herb Shop).

Although it’s not clear if there’s a specific marketing deal with the rapper on the table, everyone knows about the rapper’s involvement in the Canadian weed game. The company produces strains of weed under the rapper’s brand. Snoop’s Casa Verde Capital has also invested in a Canadian software company connected to the marijuana industry. And its deals like these that could be affected the most by the country’s ban on celebrity weed endorsements.

As the legal marijuana industry grows so do the firms that help companies match up with celebrity investors and connect with entertainers for endorsement deals. Tight regulations on advertising could make it tough for entrepreneurs already facing challenges that other industries don’t.

“There’s a surprising legal reason that weed companies are pursuing so many endorsement deals with musicians: It’s basically illegal for them to advertise in any other way, even in states with adult-use laws on the books,” explained Rolling Stone in an article last year.

But governments in Canada and the U.S. have made it clear—they don’t want weed to be too appealing. Canadian cannabis advertisements are anticipated to be as straightforward as possible with just basic information on strains and strength.

“Officials say their goal is to squeeze out criminal dealers, not encourage more drug use by making it look fun. ‘This is really predicated entirely upon a public health model, and not a commercial model,’ said Bill Blair, the government’s marijuana point man and a former Toronto Police Chief. “We want to do a better job of protecting our kids,’ ” explains the Canadian newspaper Financial Post.

Boston, Massachusetts, which is expected to allow legal marijuana sales in July, is taking a similar approach.

“The [pot sale regulation proposal] follows recommendations made last year from a legislative panel that looked at proposed regulations and called for ‘strict limits on marijuana marketing, advertising, and promotion in order to limit commercialization and youth appeal,” according to an analysis by Tribune News Service.

In addition to every state’s unique rules surrounding cannabis and advertising, on a federal level, one thing that doesn’t help rappers or other celebs who get into the weed business is the fact that there’s no way to trademark or patent strains or name brands. But so far, in the U.S., there’s no signs that partnerships such as Wiz Khalifa’s brand of weed with RiverRock Cannabis are under any pressure from the government to shut down.

Given that hip-hop is the most listened-to genre of music in the U.S., it’s obvious that companies in the cannabis industry would want to partner with a rapper to help sell their goods. And as the branding and marketing of legal cannabis evolve, it’s becoming increasingly clear that hip-hop will find a way to be a part of the conversation.

Get 20% off premium weed and discover the latest products, news, and deals in cannabis.
January 29, 2018 — Last Updated December 03, 2019
Written by Camilo Smith