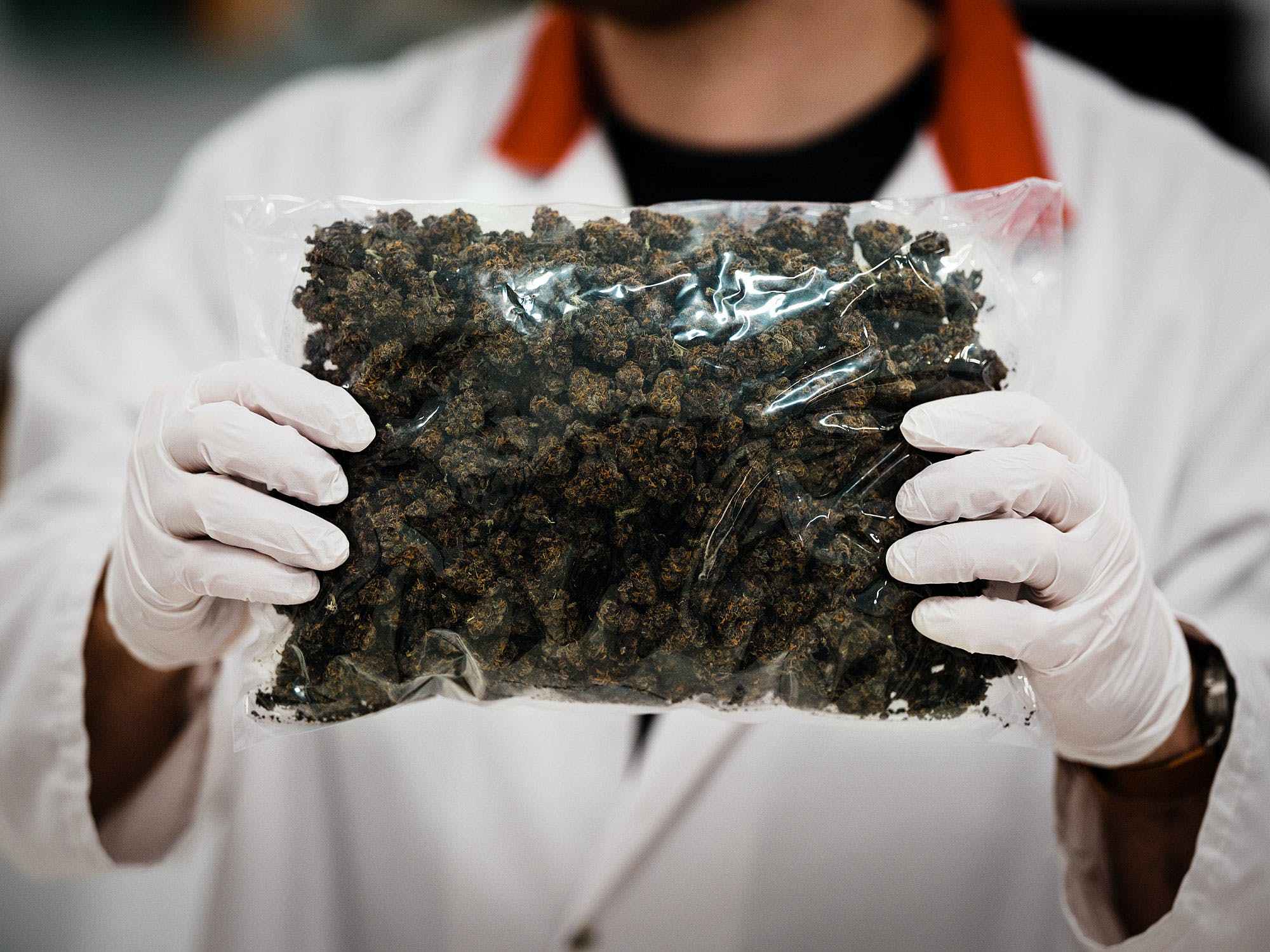 An employee at Green Relief holds up a bag of cannabis at the Green Relief laboratories in Hamilton, Ontario. (Photography by Connor Fyfe for Herb)

On October 17, Canada’s legal recreational cannabis law will officially be rolled out, and the nearly 100 years of legislation aimed at keeping people from getting their hands on cannabis overturned. And yet, even after that historic day comes and goes, at least initially, as much as 70 percent of those trying to access cannabis will be out of luck.

At least this is what researchers from the University of Waterloo and the C.D. Howe Institute project, based on recent findings. According to the researchers, suppliers will only be able to fulfill between roughly 30 to 60 percent of the demand for legal cannabis, at least in the year following October 17.

This is because, according to the researchers, Canada’s legal cannabis supply is projected to sit at about 210 tonnes, while total demand in the country would require about 610 tonnes.

As one of the researchers from the University of Waterloo, Anindya Sen, tells Bloomberg, the reason for this lack of supply is mainly due to a slow licensing process for cannabis producers. Provincial governments’ regulatory schemes have also been introduced slowly.

To come to their conclusions, the researchers used data from Health Canada (including inventory counts provided by licensed producers), estimates from Statistics Canada, and demand projections from the Parliamentary Budget Officer. They even looked at past trends in legal cannabis states in the U.S, such as Washington and Colorado, to help make as accurate of an estimation as possible.

The researchers propose that this supply gap could be closed by expedited licensing processes, and even by legalizing forms of cannabis that are currently not included in the law, such as edibles, concentrates, and vaporizers.