Now Reading:legalization | Canada Could Be The Ultimate Role Model For Legalization 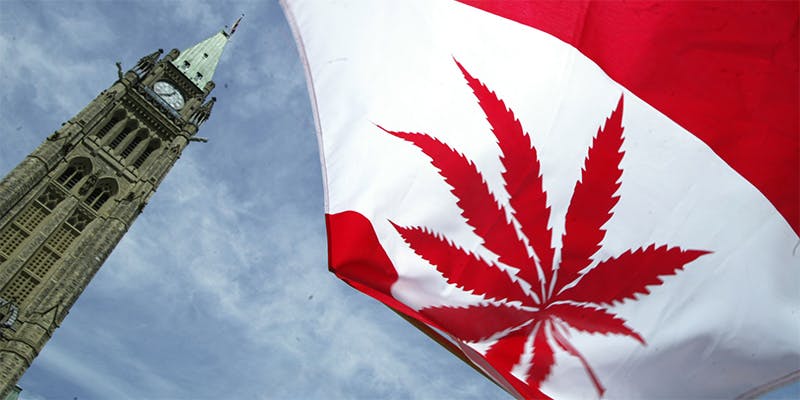 Canada Could Be The Ultimate Role Model For Legalization

New Canadian Prime Minister Justin Trudeau may not currently use marijuana, but he vowed to introduce legislation that would legalize weed in all of Canada.

Canada’s newly elected Prime Minister Justin Trudeau has tried his hand at many things, including boxing, acting, stripping in public, and smoking marijuana during his time in Parliament.

Though Trudeau may not currently use marijuana, he vowed to introduce legislation that would legalize weed in all of Canada.

Bring on the Weed

In a speech last Friday, Trudeau pledged to fully legalize marijuana in Canada sometime during 2016. If he is successful in passing this legislation, Canada will become the first industrialized G7 nation to do so.

Currently, 2 out of 3 Canadians support legalization so it would seem that Trudeau would easily succeed. Though marijuana use has dropped in Canada compared to the 90’s, approximately 1 million of Canada’s 35million citizens report regular marijuana use.

Trudeau recalled that his brother was facing marijuana possession charges for a “tiny amount” of weed shortly before his death in a 1998 avalanche. Trudeau cites this as the reason he is adamant about legalizing marijuana.

“I’m not someone who is particularly interested in altered states, but I certainly won’t judge someone else for it,” Trudeau said. “I think that the prohibition that is currently on marijuana is unjustified.”

Last year, nearly 67% of Canada’s 104,000 drug-related criminal charges were for marijuana, most of which were for minor possession. The climate in Canada has been in favor of marijuana legalization for some time. In fact, police chiefs have been calling for their officers to fine those in possession of small amounts of marijuana rather than imprisoning them or charging them with career ending offenses.

“This isn’t about making cannabis more available to smoke, it’s about dealing with a bad prohibitionist model that has led to global carnage. Legalizing pot will “destroy the illegal market,” he said, adding, “The new regime should be based on public health to maximize benefits and minimize harms.”

We all Want it

The urge to legalize marijuana in Canada is based on very similar philosophies that are found in the United States and Uruguay. Based on the current drug laws in Canada and the U.S., minor possession of marijuana can ruin someone’s life. Often times, those convicted of possession can lose their jobs, access to credit, voting rights, and in some cases citizenship. All of these potential repercussions over a plant—come on!

Though Canada legalized medical marijuana use in 1999, there has been a constant back and forth in Parliament about the marijuana’s future in the country. Since the Liberal Party took office under Trudeau’s leadership, marijuana stock prices have doubled in the country. Investors believe that Trudeau will look favorably on companies that seek entry into Canada’s potential marijuana paradise.

The only major concern from skeptics of marijuana legalization is the potential trade backlash from countries that do not support legalization. Theoretically, some countries could place an embargo on trade with Canada to protest their stance on marijuana.

Hopefully, Canada will pioneer marijuana legalization for industrialized nations. Their experiment will inevitably succeed and with any luck other nations will use their model as the basis for legalization.

What do you think about Canada legalizing marijuana? Let us know on social media.