Now Reading:legalization | Cannabis Potency: Why Lawmakers Have A Problem With It 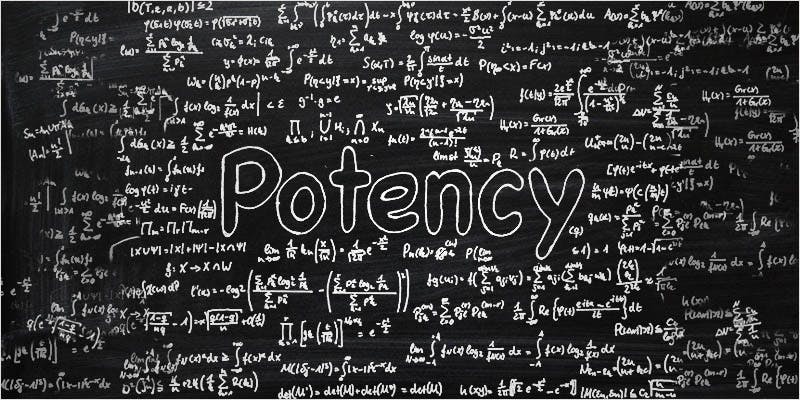 Cannabis Potency: Why Lawmakers Have A Problem With It

Cannabis potency is one of the most commonly misunderstood, and most often exploited, areas of the industry. What’s it all about?

While reservations about cannabis use and legalization are often understandable, opponents will oftentimes resort to propaganda and “Reefer Madness” -like scare tactics in order to achieve their legislative agenda. One of the most commonly misunderstood, and most often exploited, areas of the industry is cannabis potency. Predatory lawmakers and interest groups have seen the issue in the past as a gateway to clamping down on an industry that they do not support – and they show no signs of stopping.

What is so important about cannabis potency?

Cannabis potency is the percentage of THC, tetrahydrocannabinol, the chemical compound in cannabis responsible for the substance’s psychoactive effects, contained within the cannabis plant.

Knowing the potency of a given plant is important because it enables businesses and policymakers to make more informed decisions regarding the plant’s use for medical and recreational purposes.

Recent media coverage indicates that Colorado has seen an increase in the level of its cannabis’ potency. This could be read as a sign that the issue will not be disappearing anytime soon.

Have there been efforts made to decrease potency?

The most visible measure aimed at curbing cannabis potency was proposed earlier this year. Colorado legislators attempted to pass an amendment – dubbed Initiative 139 – to the state constitution that would have capped the THC level in cannabis and cannabis derivative products at 16%.

The measure would have applied the limit on both cannabis flowers and concentrates. Opponents argued that applying the proposed potency law to concentrates would dilute the products and render them all but useless, sometimes even harmful.

The initiative also proposed that each package of cannabis sold to consumers come bearing labels saying that cannabis use could lead to “permanent loss of brain abilities” and “birth defects and reduced brain development.”

The backers of the amendment ultimately abandoned the effort in July, saying they “simply couldn’t go toe-to-toe with the marijuana moguls.”

Why would legislators fight for potency limits?

One study conducted in part by the Leeds School of Business at the University of Colorado-Boulder found that the average potency of the state’s cannabis products was around 17.1% for dry herb cannabis and 62.1% for cannabis extracts.

Both numbers above the 16% threshold proposed by the state’s legislators. So what gives?

While it is difficult to ascertain the true motives of those trying to limit cannabis’s potency, several theories have been floated.

The first is that, with a dearth of data regarding the consequences of cannabis use, legislators are simply trying to keep up with the Green Rush as best they can by reining in what they see as a runaway industry.

Others, however, see more nefarious means. As the Cannabis Business Alliance’s Mark Malone told HERB, opponents of higher potency are really looking to erect roadblocks for an industry to which they have never been partial.

The logical conclusion is that the motive is to shut down the industry. There isn’t any other reason. If they’re really concerned about public health, they would try to pass amendments to combat alcoholism, methamphetamine, and opioid abuse… So, there’s no real reason behind it, besides, ‘How can we cripple the business?’

If Malone’s words are accurate, it may not be long before other states that allow for the use of recreational cannabis may see similar efforts within their borders.

It will be interesting to see how potency laws will play out in the newly elected recreation states.

Related article: THC: Everything You Need To Know About Delta9-Tetrahydrocannabinol