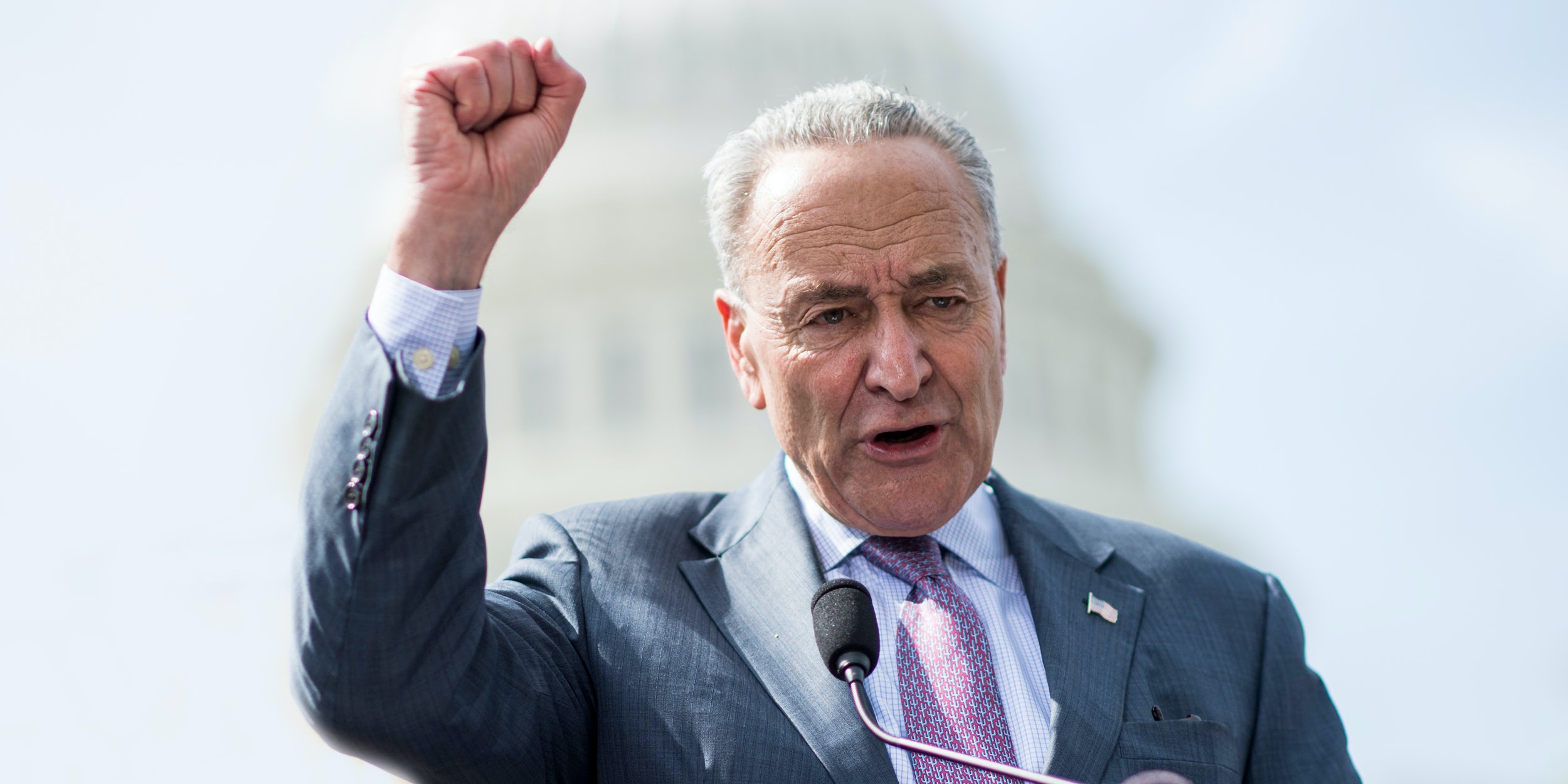 Democratic Senator Charles Schumer of New York has finally hopped on the legalization train after announcing to Vice News that he will be introducing legislation soon to legalize the recreational use of marijuana nationwide.

“The legislation is long overdue based on, you know, a bunch of different facts,” Schumer told Vice on Thursday, the day before 420. “I’ve seen too many people’s lives ruined because they had small amounts of marijuana and served time in jail much too long,” the Senate minority leader said adding, “If smoking marijuana doesn’t hurt anybody else, why shouldn’t we allow people to do it and not make it criminal.”

The full details of the bill are not yet clear, but the bill could be introduced as early as next week according to The Hill. So far, the only details we know are that the bill would remove marijuana from the highest restrictive category under the Federal Controlled Substances Act, but would not automatically legalize in all 50 states. It would allow states to regulate marijuana however they see fit and would treat advertisement for the industry similarly to cigarettes and alcohol and police the movement of product from state to state.

At least three other bills are currently making their way through Congress to legalize marijuana. Among them, the Marijuana Justice Act (MJA), introduced by Senator Cory Booker (D-NJ) last summer, would take legalization a step further an expunge non-violent offenses related to cannabis and take federal funding away from states which disproportionately arrest minorities for cannabis-related crimes.

That MJA has been building momentum over the past few months, with over 20 co-sponsors in the House and three influential co-sponsors in the Senate including Senator Bernie Sanders (I-VT) who signed on to support the bill this week. Schumer has said that his bill would not go as far as the MJA and would only address decriminalization, but that he supports Booker’s plan as well.

Schumer is a little late to the legalization party, but his endorsement of legalization is not a major shift from his past views on the issue and his position as the leader of the Democrats in the Senate makes the announcement a significant one.

“With this announcement, Senator Schumer has effectively made it clear that a legislative priority for the Democratic Party is to end the federal prohibition of marijuana.” NORML Political Director Justin Strekal said in a statement, “As Democratic Leader, it is his role to ensure that the caucus as a whole falls in line with this public policy position — a position that is held by more than 60 percent of Americans.”

In 2016, the national Democratic Party added legalization of recreational marijuana to their platform. It was approved as part of the final draft after the party’s more progressive members and supporters of Bernie Sanders pushed for its inclusion. Until then, the party had only supported decriminalization. As a result, many Democratic lawmakers have yet to adopt it as a personal platform, and before this announcement, Schumer was one of the more cautious Democrats. While he wasn’t an outright prohibitionist, the senator insisted that states ought to prove legalization can work before he could support it.

Schemer denied that introducing the bill was an attempt to “piss Jeff Sessions off” or that he was just getting behind legalization to gain support before the election. Instead,  Schumer insisted that the only reason he had changed his mind is that legal states have convinced him it can work. In fact, the Senator is not up for reelection until the next cycle, but a Democrat victory in November could make him the Senate majority leader and give him control over which bills are considered for a vote in the Senate.

Given the timing and state-based structure of Schumer’s proposed bill, it’s also likely that his change of heart came as a response to statements made by Donald Trump last week, when the president promised Colorado Republican Senator Cory Gardner that he would support a legalization bill which gives the states the right to decide how to handle legalization.

Finally, Schumer also told Vice that he has never tried marijuana, but in the future, “who knows?”

Get 20% off premium weed and discover the latest products, news, and deals in cannabis.
April 20, 2018 — Last Updated
Written by Miroslav Tomoski