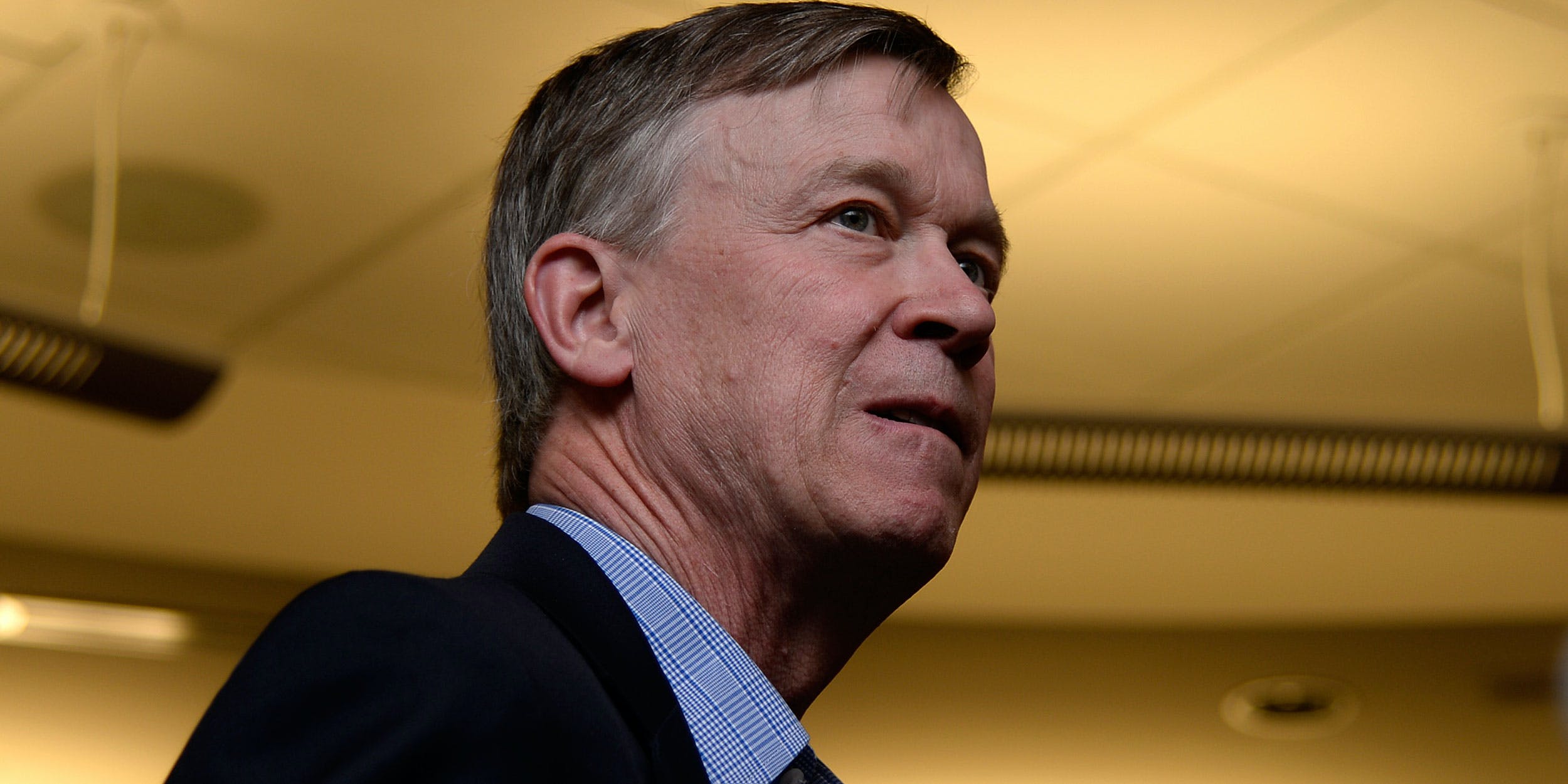 Colorado Governor Vetoes The Consumption Of Weed At Dispensaries

Weed has been legal in Colorado since 2012, but there’s hardly anywhere to legally consume it.

On Monday (June 4), Colorado Governor John Hickenlooper vetoed what would have been the first law to allow for the social consumption of cannabis in the state. The bill, which received bi-partisan support in the state legislature, would have allowed dispensary owners to apply for a license to operate “tasting rooms” for patrons to vape onsite.

Hickenlooper offered a number of reasons for his veto and ultimately framed his decision as a protection of the will of voters, arguing that the ballot initiative which legalized recreational cannabis in 2012 included a ban on public consumption.

But in recent years, support for regulated public consumption has arguably increased as Colorado residents currently face fines for smoking in the street and public parks while at times being banned from smoking in their own apartments.

“We tell tourists to come to our state and buy cannabis,” the bill’s main sponsor, Democratic State Rep. Jonathan Singer told Herb, “but since public consumption is banned, we punish them as soon as they decide to consume it since there is no equivalent to bars or breweries for marijuana.”

In 2016, voters in Denver approved a local ballot measure which allows for cannabis clubs to be licensed to operate within the city provided they do not sell cannabis onsite. A similar measure has also been passed in Colorado Springs, where members of clubs bring their own cannabis to consume.

The tasting rooms bill which was vetoed by the governor, and previous versions which have been voted down by the state’s lawmakers, would have established statewide regulations for limited social consumption at dispensaries.

“This is a major disappointment,” said Singer. “This bill was a very modest first step to help consumers and the general public. And this veto was a loss for public safety, consumer education, and local government control.”

As part of his reasoning, Hickenlooper cited safety concerns and noted that social consumption might send the wrong message.

“We are concerned that marijuana use at consumption establishments could result in additional impaired or intoxicated drivers on our roadways,” the governor wrote in his veto letter, referencing a survey conducted by the Colorado Department of Transportation which found that 69 percent of Coloradans reported driving under the influence of cannabis in the past year.

He also went on to write that social consumption may have “unintended effects,” suggesting social consumption would make marijuana more appealing to children.  “We take very seriously the warnings from the bill’s opponents that [it] may erode public health and safety,” the governor wrote, “particularly youth’s perception of the normalization of marijuana use.”

On the other hand, the bill’s supporters argue that the veto will have exactly the opposite effect.

“The bill would have targeted consumers at the most important point of contact, where they are consuming,” wrote Peter Marcus, a spokesperson for Terrapin Care Station, who has been lobbying lawmakers to support the bill. “With the governor’s veto, efforts at educating around drugged driving and other cannabis safety topics will remain difficult.”

Among the biggest opponents of social consumption were the American Lung Association and the American Cancer Society Cancer Action Network because of concerns over vaping indoors. But even for some members of the cannabis industry, the veto is a welcome chance to go back to the drawing board.

Jason Warf, Executive Director of the Southern Colorado Cannabis Council, told Herb he and other small business owners took issue with the bill because it restricted tasting rooms to those who already hold a dispensary license. According to Warf, the bill, “was an effort to toss aside years of work and existing club owners to hand yet another monopoly to a few of the biggest owners.”

Warf would like to see lawmakers and the industry take another shot at a broader social consumption bill which was voted down in April. That bill would’ve allowed a wider range of license applicants as well as onsite sale, consumption and storage.

Still, there’s no shortage of criticism of the governor’s veto as lawmakers and business owners alike agree that the state is in need of a solution to the problem of public consumption, which still occurs despite the ban. Even if the bill was limited, they say, it was something.

“By saying ‘no,’ the governor missed an important opportunity to provide solutions instead of kicking the can down the road,” Republican state Rep. Tim Neville said in a statement.

The social consumption bill is just one of nine bills the governor has vetoed this year, three of which were marijuana related, a move which is likely aimed at avoiding controversy as his party enters the election season and the governor’s mansion is up for grabs.

Hickenlooper has been taking cautious steps around cannabis reform since January, when Attorney General Jeff Sessions rescinded the Cole memo, telling CNN that he wouldn’t rule out overturning legalization in his state if statistics showed it had caused a spike in crime.

Colorado’s legislative session ended in May so this veto cannot be overridden by a vote. Singer, who faces re-election this year, said he is not giving up and intends to introduce another social consumption bill if he returns to the House in November.