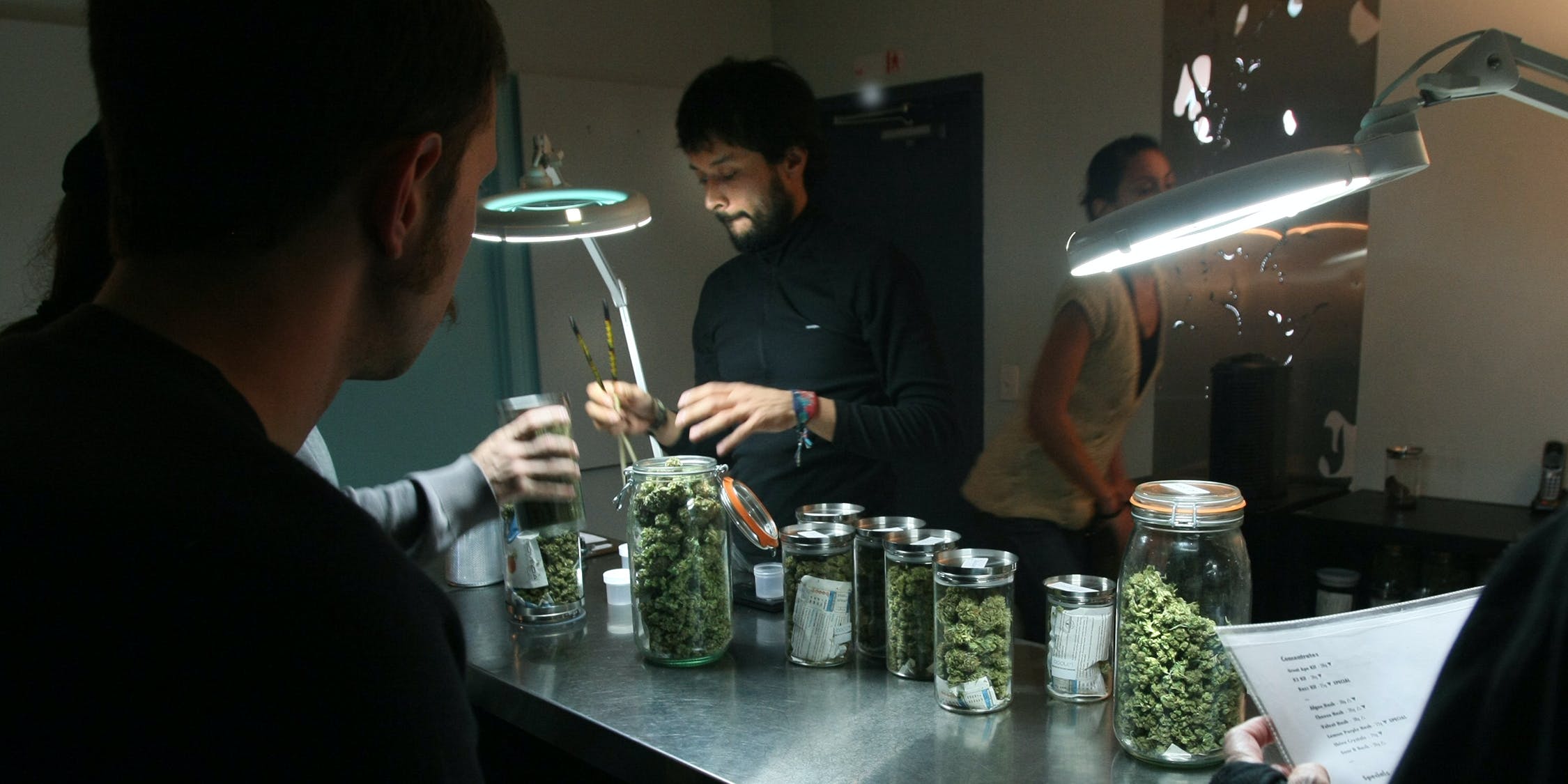 Manwell (cq) Hernandez, an associate at the Cornerstone Collective medical marijuana dispensary serves customers from behind the stainless steel counter. Tall mason jars contain various kinds of dried marijuana buds that are sold only to qualified patients with a doctor’s prescription. (Photo by Don Bartletti/Los Angeles Times via Getty Images)

A case in Colorado begs the question: what made it worth hiding from the public?

Colorado has been secretly policing medical marijuana doctors for years, according to a report from the Denver Post that revealed a court case and a regulatory scheme was hidden from the public.

Under Colorado law, public regulations like those, which govern the state’s medical marijuana program, have to be made public under what is known as the state’s open-meetings laws.

It’s highly unusual for a case to be suppressed, as the Colorado Supreme Court has ruled that courts must have “sufficient reasoning” to hide a case from the public. But once a case is suppressed, even the judge’s reasoning is locked away, making it difficult for the public to determine whether the right decision was made.

The judge in the case, Denver District Judge Jay Grant, ruled in favor of the physicians, stating that the rules were established without proper public oversight. That ruling, however, was later overturned by a higher court.

Under the secret rules, established in 2014, doctors would be referred to the Medical Board to ensure that they did not recommend that a patient grow more than the allowable six plants, have a list of patients of which more than a third were under the age of 21, or serve more than 3,251 patients.

Both the case and Judge Grant’s ruling in favor of the doctors was suppressed, and therefore hidden, from the public. This made it impossible for anyone who wasn’t at the hearings to know that the case had ever occurred.

According to the Post’s report, the case was only discovered because it was included in case files for other Colorado lawsuits in which doctors challenged the state’s regulatory system. The Post noted that the case was suppressed because the doctors’ attorney, Carmen Decker, wanted to protect his clients’ identities, even though they were listed in court documents as John Doe 1 and 2.