Man Avoids Jail Time For Weed, Claims He Needs All $35,000 Worth For Himself

The savvy cultivator got out of significant jail time for weed, because the judge couldn’t prove his grow-op wasn’t for personal use. 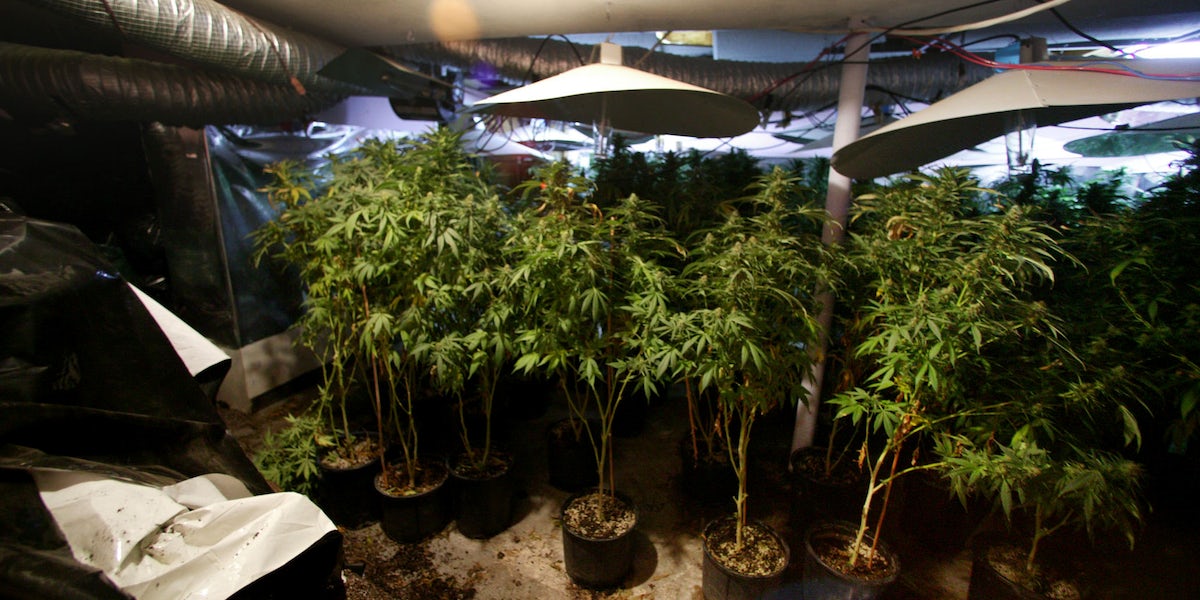 A 35-year-old man from Portsmouth, England avoided jail time for weed, claiming that the 38 plants in his illegal hydroponic grow-op were entirely for his personal use.

On April 25, Mark Colwell was arrested for growing what a drug expert now claims to be $18, 000 in wholesale cannabis. Its street value is estimated to be $35,000.

According to the Metro UK, Colwell’s attorney, Howard Barrington-Clark, claimed his client participated in growing cannabis to save money after his personal cannabis habit worsened following his recent divorce. The effects of his failed marriage increased his feelings of loneliness and depression, which then instigated his use of cannabis more frequently. He also claimed to endure more stress from large amounts of debt he accrued on his credit card.

Judge Hetherington, to no great surprise, did not entirely believe Colwell’s story and suspected he was growing the plants with the intention to sell.

Regardless of the judge’s suspicions, no evidence was available to prosecute Colwell with the intention to sell, a specification that would have increased his jail time for weed to 14 years for supply and production, as opposed to five years for possession in England.

Colwell, who pleaded guilty to producing cannabis and abstracting electricity for the grow, was sentenced to two years in jail, suspended for two years. Colwell is now on probation and must complete 30 days in rehab. He must also pay back the amount he avoided paying the electricity company, a sum of almost £900.

This wasn’t Colwell’s first offense. In 1999, Colwell did four years in jail following the possession of a Class A drug. In 2014, Colwell was required to do community service for producing cannabis.

Enjoy the latest and greatest from Herb, enter your email below to get exciting cannabis updates delivered to your inbox.
August 25, 2018 — Last Updated
Written by Zack Fenech