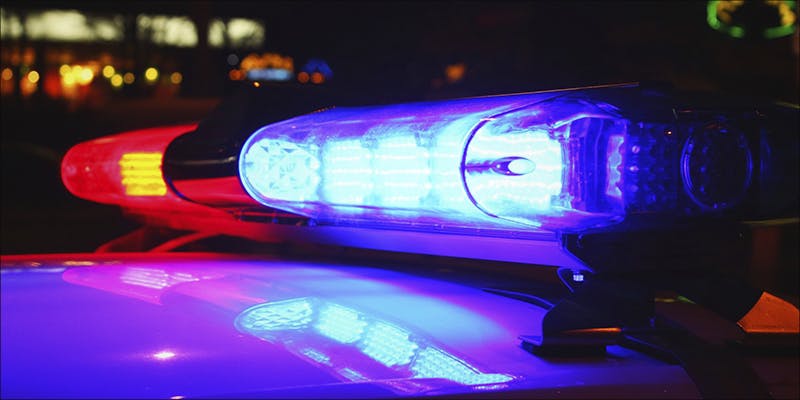 While you probably won’t be inviting them over to smoke with you, a growing number of cops across America want cannabis legalized.

The thin blue line will always make people who are connoisseurs of cannabis wary of authorities. But while most cops will arrest you for possessing even just a small amount or even a cannabis-infused snack, there are some that favor policy reform. In fact, a growing number of cops are part of Marijuana Majority and members of Law Enforcement Against Prohibition (LEAP), who reckon that policy changes wouldn’t necessarily condone drug use but allow the police to “control it and achieve the ultimate goal of increasing public safety.” In an article that originally featured in Rolling Stone, here are the five biggest reasons why even the 5-0 want weed to be legalized.

1. For the safety of the public

While cannabis is a relatively harmless drug, the black market associated with it can cause significant harm. Much like the prohibition of alcohol, cannabis’ illegality does not erase the profit incentive – instead, it establishes a risky, unregulated market in which violence and intimidation are used to settle disputes.

When we ended the prohibition of alcohol, Al Capone was out of work the next day. Our drug policy is really anti-public safety and pro-cartel, pro-street gang, because it keeps them in business.

Cannabis trafficking represents a significant chunk of business for black-market cartels. Though the exact percentage of cartel profits from pot is disputed, lowball estimates fall at around 20 percent.

During my time on the border, I saw literally tons of marijuana come over the border from Mexico. Competition over the profits to be made from this illicit industry has led to the deaths of tens of thousands of individuals in that country, and an ever-increasing amount of violence spilling over into the United States, where the Justice Department estimates Mexican cartels now operate in more than 1,000 American cities.

2. Cops want to focus on crimes that hurt real victims

In the past decade, police made more than 7 million arrests of cannabis, 88 percent of them for possession alone. In 2010, states spent $3.6 billion enforcing the war on pot, with blacks nearly four times as likely as whites to be arrested.

That’s a lot of police time and resources wasted, says former Seattle Chief of Police Norm Stamper, who had an “aha moment” about cannabis policy while working for the San Diego Police Department in the late 1960s.

I had arrested a 19-year-old in his parents’ home for the possession of a very small quantity of marijuana, and put him in the backseat of a caged police car, after having kicked down his door. I realized, mainly, that I could have been doing real police work, but instead I’m going to be out of service for several hours impounding the weed, impounding him, and writing arrest, impound, and narcotics reports.

I was away from the people I had been hired to serve and in no position to stop a reckless drunk driver swerving all over the road, or to respond to a burglary in progress, or intervene in domestic violence situation.

Cops have limited resources, and spending them on marijuana arrests will inevitably divert them from other policing. Adds Stamper,

In short, making a marijuana arrest for a simple possession case was no longer, for me, real police work.

3. Cops want strong relationships with the communities they serve

Baltimore narcotics veteran Neil Franklin says the prevalence of marijuana arrests, especially among communities of color, creates a “hostile environment” between police and the communities they serve.

Marijuana is the number one reason right now that police use to search people in this country. The odor of marijuana alone gives police officers probable cause to search you, your person, your car, or your home.

(Legalizing cannabis could lead to) hundreds of thousands of fewer negative police and citizen contacts across this country. That’s a hell of an opportunity for law enforcement to rebuild some bridges in our communities – mainly our poor, black and Latino communities.

Franklin adds that this would increase citizens’ trust in the police, making them more likely to communicate and help solve more serious crimes. Building mutual respect would also protect cops on the job. Adds Franklin,

Too many police officers are killed or injured serving the War on Drugs as opposed to protecting and serving their communities.

Downing says that monetary incentives for drug arrests, like asset forfeiture and federal grants, encourage an attitude where police will make drug arrests by any means necessary, from militarized SWAT raids to paid informants who admit to lying.

The overall effect is that we are losing ground in terms of the traditional peace officer role of protecting public safety, and morphing our local police officers into federal drug warriors. – Downing

Quotas and pressure for officers to make drug arrests – which profit police departments via federal funding and asset forfeiture – also encourage routine violations of the Fourth Amendment ban on unreasonable searches and seizures.

The NYPD, for example, stop and sometimes frisk well over 500,000 people a year, the vast majority of them youths of color – the basis for a pending federal lawsuit challenging the policy on constitutional grounds. While New York Mayor Michael Bloomberg has defended stop-and-frisk as a way to get guns off the street, in fact, it’s more often used to arrest kids with small amounts of weed.

Stamper adds that legalization would allow police officers “to see young adults not as criminals, but members of their community” – and start respecting those young people’s civil liberties.

Marijuana’s illegality has done very little to stop its use. A survey by the National Institutes of Health found that 36 percent of high school seniors had smoked marijuana in the past year.

The only way we can effectively control drugs is to create a regulatory system for all of them. – Stamper

Legalization would most likely involve age restrictions on marijuana purchases, while at the same time providing quality control over the product.

If you are truly a proponent of public safety, if you truly want safer communities, then it’s a no-brainer that we have to end drug prohibition and treat [marijuana] as a health issue, like we did with tobacco. Education and treatment is the most effective and cost-efficient way to reduce drug use.

If you support a current system of drug prohibition, then you support the very same thing that the cartel and neighborhood gangs support. You might as well be standing next to them, shaking hands. Because they don’t want an end to prohibition, either. – Franklin