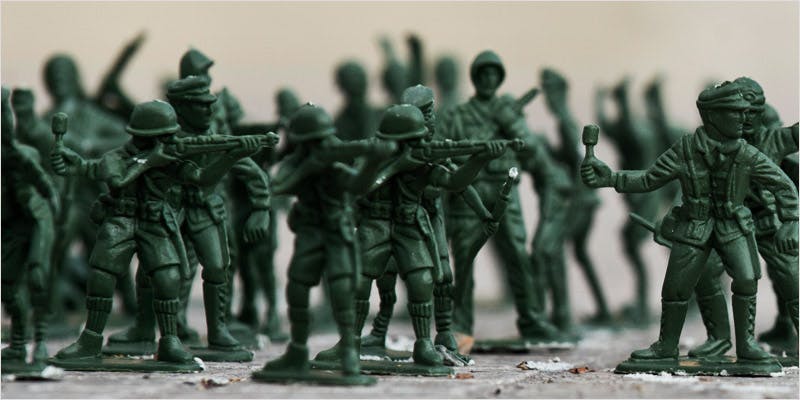 Just last month, the US House of Representatives passed an amendment that would have allowed VA doctors to recommend cannabis. So what happened?

Remember last month, when everyone started jumping for joy about Congress actually helping vets? Well, the celebration was premature. Thanks to a select committee of #&$@#$^’s, the bills have been gutted, leaving no trace of the landmark legislation behind.

Why everyone got so excited

Just last month, the US House of Representatives passed an amendment that would have allowed VA doctors to recommend cannabis. Simultaneously, the Senate passed a funding bill for the VA with an attached provision for medical marijuana.

With both the House and Senate in approval, all that remained was to reconcile the differences in the two bills and send it to Obama to sign. It would have marked a major milestone in the battle to give equal access to veterans living in legal states.

But the conference committee that put together the final package left out the veteran access portions of the budget altogether. This forces veterans to go outside the VA and out of pocket, to get a doctor’s recommendation. Without VA approval, it also means they can lose their benefits if they test positive for cannabis on a VA visit later.

The gutted golden goose passed the House by a vote of 239-171. Now, the final version of the VA funding legislation for now through 2017 goes back to the Senate for a vote. If it passes, it goes to the President.

What was so different about the two versions?

In legal speak, even punctuation can have significant outcomes on interpretation and effect of a law. But for people of a more practical mind, the differences in the two legislative bodies’ respective measures bears little merit.

None of the funds made available by this Act may be used to implement, administer, or enforce Veterans Health Administration directive 2011-004 (or directive of the same substance) with respect to the prohibition on “VA providers from completing forms seeking recommendations or opinions regarding a Veteran’s participation in a State marijuana program”.

The Senate version had a slightly different format with more specific detail and greater protections.

None of the funds appropriated or otherwise made available to the Department of Veterans Affairs in this Act may be used in a manner that would:

It doesn’t matter that people fought for this legislation, or that it is the right thing to do. A committee of Congressmen is making decisions for doctors. They are binding the hands of the people who put their lives on the line to protect their very jobs. More doctors and more Americans than ever before approve of the use of medical cannabis.

The reality of Congress

Mind you, it can be hard to see the effect of their decisions with a comfy $174,000 a year salary plus benefits keeping their suits tailored and their windows tinted against reality. With most being pretty well off by any standard, and a majority worth millions, they have little touch with reality. But what would the harm be in allowing veterans access to cannabis?

It wouldn’t hurt the budget of the VA. If veterans could get recommendations and use cannabis, it could save the VA millions in health care costs. It isn’t hurting the veterans, cannabis is far safer than the addictive and deadly drugs pushed on them now. So who actually gets hurt?

Only the pharmaceutical giants who line the pockets of our government leaders. Call it a form of insurance. Congressmen who don’t get reelected enough to serve 20 years, they don’t get the full retirement package. Besides, who can really survive on only $40-$70 thousand a year? Only most Americans their whole lives.

If this burst bubble of joy seems all too familiar, don’t be surprised. The same thing happened last year to potential legislation that would have allowed veterans to openly discuss marijuana as a medical treatment for conditions like PTSD, depression, chronic pain, cancer, and other conditions.

As a veteran, did you feel forced to choose between medical cannabis and VA hospital treatment? Tell us your frustrations on social media or in the comments below.