Cop Who Confiscated Over $500k Worth Of Weed Owns A Dispensary

In a story that reeks of power abuse, how does one sell cannabis while arresting people for it at the same time? Turns out, all you need is a badge. 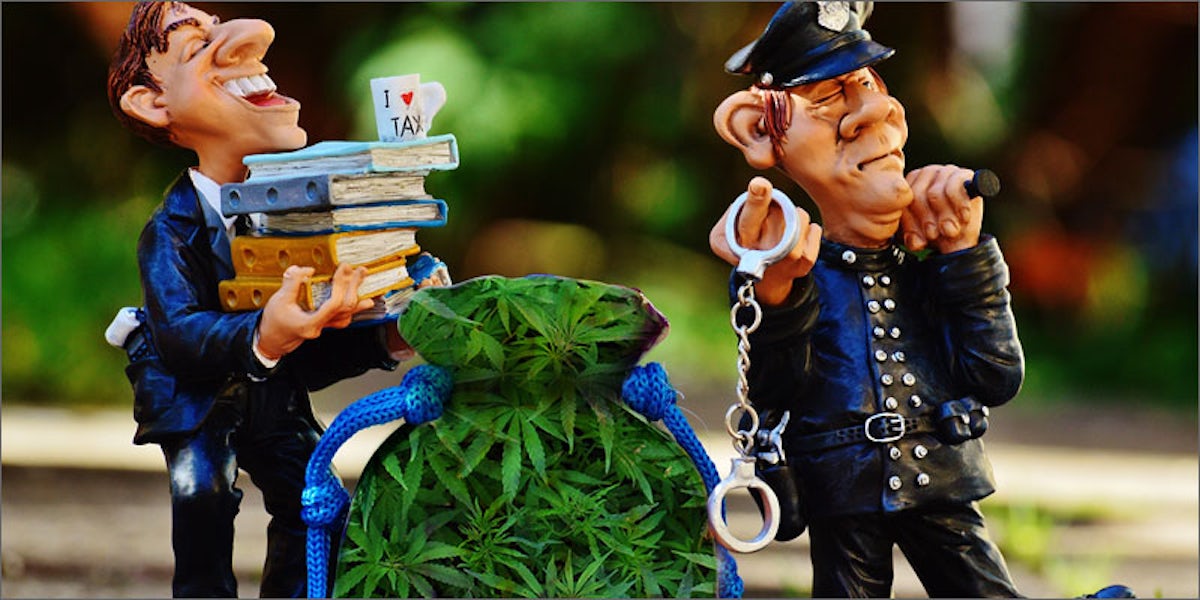 A recent investigation by the Toronto Star has unveiled some very ironic information relating to the dispensary drama that burdens Canada’s biggest city. Apparently, Const. Phil Edgar has been an active Ontario police officer for the last 2 decades and is also a Co-owner of the cannabis dispensary Living On. While this doesn’t seem like a big deal, the raids that have happened in Toronto over the summer were specifically targeting dispensary owners and employees. Can you see the double standard?

When a police officer ventures into a start up business on the side, normally we’d be all for it. But entering the medical cannabis business while your “Brothers in Blue” are arresting and charging citizens for doing the same thing is borderline psychotic.

Although Edgar has since stepped back from the dispensary brand after being in a promotional position, the whole situation reeks of abuse of power. Edgar has made some statements to the Star about his involvement and they don’t sound too different from what other dispensary owners have been saying after they are put in handcuffs.

Edgar hasn’t chosen if he will continue to co-own a dispensary or retire as a policeman, and his indecision is quite comical. Sell medical cannabis and make a good salary, or continue arresting people for smoking or selling the same substance that he’s been selling.

I have to do some serious soul searching to decide: do I stay in the policing industry or do I want to branch out into businesses like this?

His police department has bragged that over the duration of Edgar’s 22-year career, he has confiscated over half a million dollars worth of weed. Sounds like the kind of guy you’d like to be giving your MMJ money to, right?

Technically, dispensaries in Toronto are still entirely illegal. And if Edgar is involved in an illegal business while in the police force, he would be violating the Police Services Act. So let’s hope that justice can prevail in a strange case like this.

Enjoy the latest and greatest from Herb, enter your email below to get exciting cannabis updates delivered to your inbox.
September 10, 2016 — Last Updated January 29, 2020
Written by Lukas W