Now Reading:legalization | You Know Times Are Changing When A Cop Returns A Man’s Dropped Weed-Stash 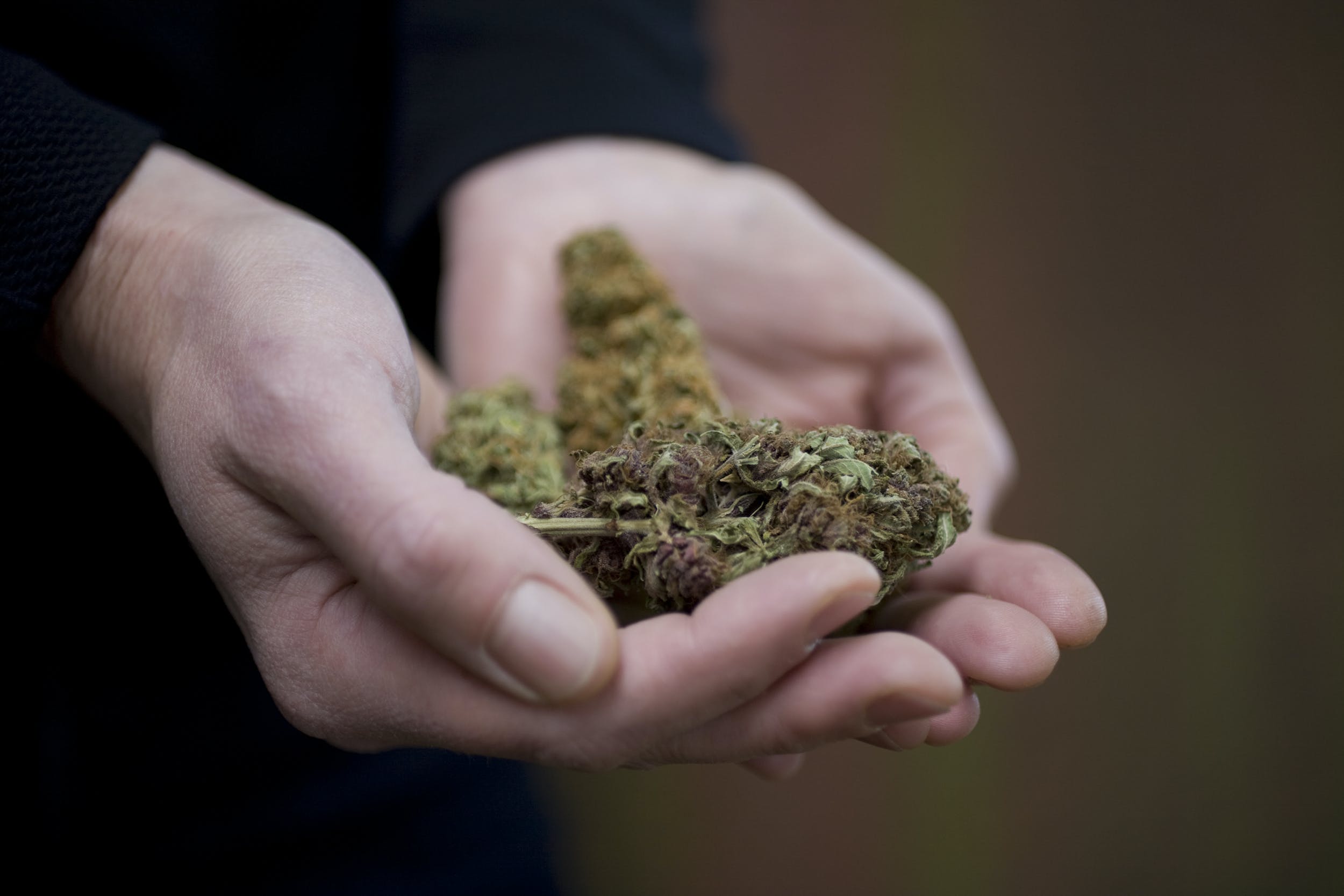 This guy might be the most chill cop in America.

Police aren’t necessarily known for their lax attitude towards cannabis—arresting over seven million people for cannabis possession from 2001 to 2010. But in bodycam footage shared on World Star Hip Hop, one man was lucky enough to encounter a bicycle cop who didn’t seem to want to make a possession arrest.

The video shows the man dropping his stash on the ground while fumbling around with his shoe.

“Uh-huh,” remarks the policeman with doubt in his voice. “Did you drop something?”

“Hmm? No,” answers the man, shuffling around.

“Take a step back,” orders the cop, pointing into the man’s chest. He picks up a black bag that the man had dropped and moves it to reveal a small baggie lying on the ground. The cop then casually remarks, “Eh, that’s just marijuana, put that away.” The lucky man continues to smoke his cigarette and brushes some ash off of his coat with the shoe he was “selling.”

“These are size 13,” the man continues his story even though he’s been let off of the hook, “I’m trying to sell ‘em. How you doin’ over there?”

“Just remember not to display it or smoke it in public,” the cop begins to turn away towards someone else who’s being ticketed. “Thanks.”

The fight for cops to enforce state, not federal, pot laws

Unlike in places like Los Angeles, where some local ordinances permit marijuana smoking in public and cops seem to simply largely ignore the act, it’s technically still illegal in the recreation-approved state to smoke in public. The penalties are pretty lenient, though, with fines of $27—the same as drinking in public. Smoking in private spaces depends on the owner of the property allowing it, and there’s no smoking allowed at “places of employment.” Naturally, you also can’t drive high—or smoke as a passenger.

In a 2007 op-ed, Dominic Holden of the Stranger’s Slog blog detailed “a three-justice panel from [California’s] 4th District Court of Appeal” ruling that police should enforce state laws about marijuana (which at the time was only available in a medical capacity) and not federal ones. The District Court of Appeal argued that the police should return the confiscated 8 grams, while the town of Garden Grove claimed that it would be “a violation of federal law.”

But, the justices explained,

“It must be remembered it is not the job of the local police to enforce the federal drug laws as such. For reasons we have explained, state courts can only reach conduct subject to federal law if such conduct also transcends state law, which in this case it does not.”

Arguably, the cop in this video could’ve gotten into a similar snafu had he taken the pot (which may have been medical). There seems to be nothing on the books about displaying pot in public, only not smoking it, which is confusing considering the officer’s claim that the man shouldn’t have his weed out. Granted it’s always safer not to show your weed to police regardless of state laws, but the cop may have just been practicing pragmatism to make sure that he didn’t get into trouble with the court.

Regardless of the reasoning, this man definitely lucked out. Just make sure you don’t take the same chance—and if you do get yourself into this situation, maybe come up with a better alibi than selling your shoes.