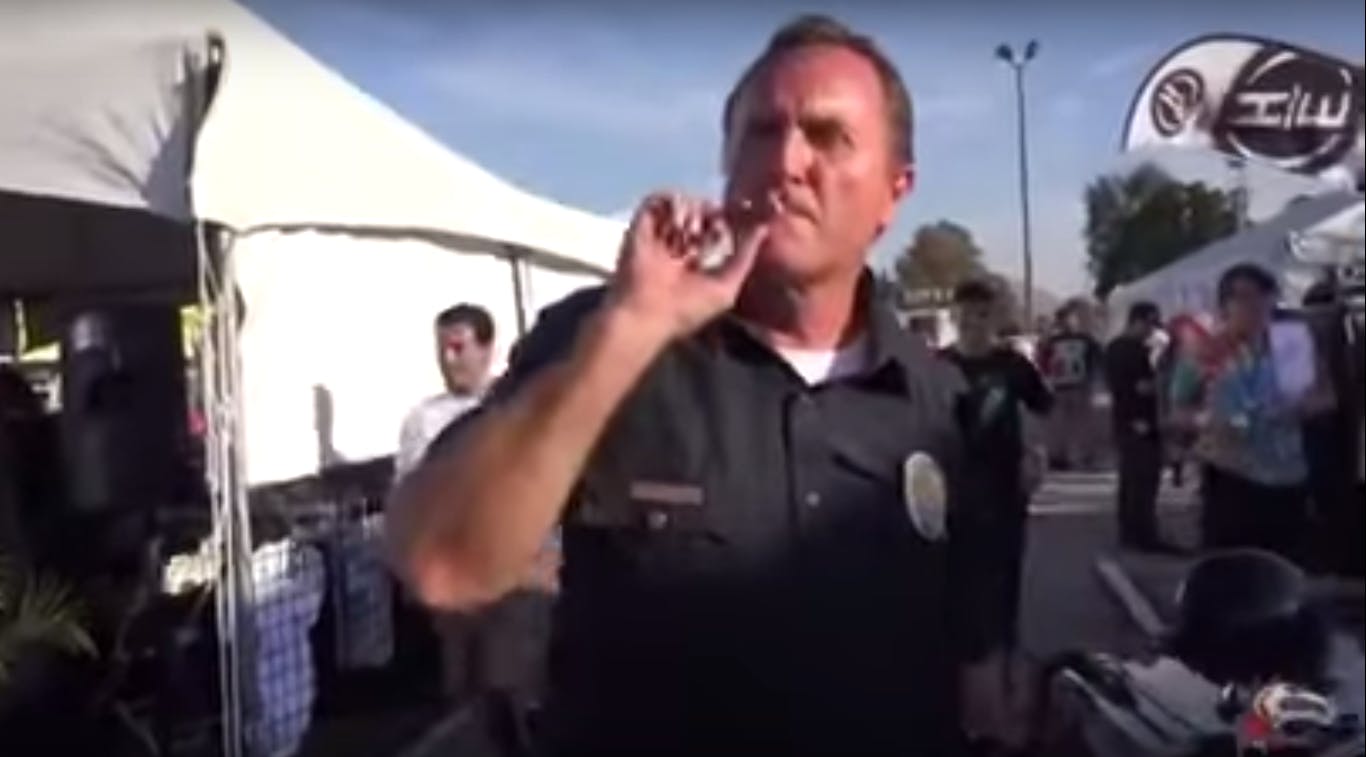 Watch as this cop smokes a joint that’s handed to him and acknowledges right away that the cannabis is “some good sh*t.”

Don’t worry, this isn’t a on-duty cop or anything like that. Instead, this is a surfaced video that has come from the awesome $20 smoke-with-a-cop fundraiser where you’re able to not only smoke with the ex-cop here, but also hotbox his police cruiser!

Owners Jason Beck and Dr. Dina of Alternative Herbal Health Services in West Hollywood, California held the fundraiser in support of victims of the failed drug war, particularly those that have been incarcerated.

The proceeds went to marijuana prisoners, which made the fundraiser that much more awesome and meaningful. Check out the entertaining video of the cop taking a hit of a joint and saying the stuff is “some good sh*t.” You never get to see/hear that from a police officer in a uniform, even if the officer is an ex-cop. Enjoy the video!