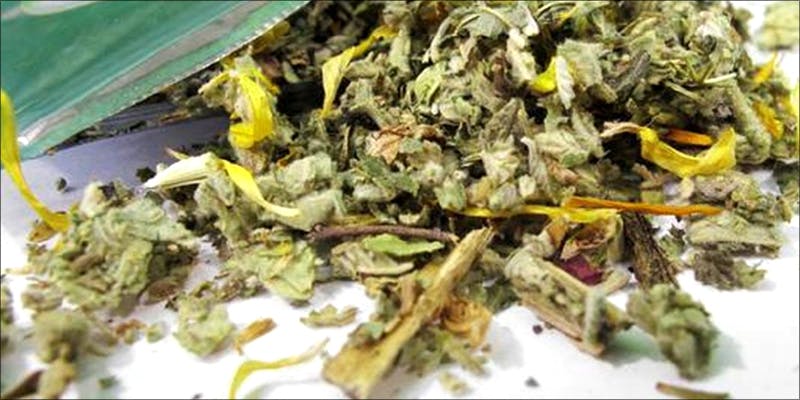 Spice, K2, and dozens of others have killed or hospitalized thousands of people. Now, six more analogs of THC have been added to Schedule I by the DEA.

As the laws of supply and demand dictate, for every want, there is a market. Directly resulting from the illegal status of cannabis, a non-lethal natural plant, other drugs designed to mimic it have flooded the streets. Spice, K2, and dozens of others have killed or hospitalized thousands of people. Now, six more analogs of THC have been added to Schedule I by the DEA.

The DEA has now added the following synthetics to Schedule I classification.

Unlike the non-toxic cannabinoids of everyone’s favorite herb, people are only now being exposed to synthetics. The products sold on the market as “imitation weed” are as close to weed as weed is to alcohol. They cause a mental shift, but nothing remotely similar.

This is one decision by the DEA that actually makes sense.

The real dangers of Spike

Cannabinoids, or CB’s for short, the chemicals in cannabis like THC and CBD, can also exist from other sources. Plant-based CB’s, or phytocannabinoids, are non-toxic. They mimic the body’s own CB’s, endocannabinoids, like anandamide, also known as the body’s “bliss molecule“.

CB’s can also be created artificially, which is what both Big Pharma and these Spice manufacturers are doing. The problem is that there are hundreds, if not thousands, of possible synthetics that can act on the CB receptors in the brain.

But synthetics attach in a different way. Phyto and Endo CB’s only partially activate the CB receptors in the brain, while synthetics lock on and fully override the receptors.

This makes their potency range from tens to ten-thousands magnitude higher than THC, and with different effects. An ironic analogy is the Radiator and Bathtub gins of alcohol Prohibition, dangerous substitutes for liquor. Synthetics are to real THC as rubbing alcohol is to vodka.

When the DEA says temporary, it hardly means it. The agency has used the same tool to outlaw synthetics as it did for cannabis. The DEA states the order to place these chemicals with others in the Emergency Listings.

Already amassing a death toll, these chemicals won’t be coming out anytime soon. Together, they account for deaths and emergency room stays in the thousands across the globe.

The DEA has also moved a few other synthetics to the Controlled Substances Act, but with a far kinder hand. Pharmaceutical synthetics are making their way into medicine cabinets across the globe.

Meanwhile, Big Pharma tries to push the source of the creations away from the masses. Their products land in Schedules II and III.

The unbidden question surfacing in the collective human consciousness is this,

What does it mean for plant-based medicine, and the Schedule of medical cannabis, if synthetics land on both sides of the fence?

The legal ramifications are already being seen. With the DEA’s attempt this year to classify plant-based CBD specifically in Schedule I, it means that the powers that be would rather serve the plant in half than give it to the people whole. By doing so, not only is the medical potential reduced, but the source is controlled.

It might seem like a deep conspiracy, but in fact, Big Pharma admits it wants to keep cannabis illegal to make money.

If given the right perspective, the dichotomy of synthetics serves to validate whole plant medicine. The world has unfortunately been shown the devastating effects of pharmaceuticals and fakes time and time again. Some can help, but most hurt.

Amid all this roulette between labs in institutes and garages, real cannabis continues to rack up the relief. To date, no one in recorded history has ever died from it, and legal access is growing. And the medical results of whole plant care still surpass those of pharmaceuticals.

Cannabis supporters may be in for a tedious journey, but the end is in sight. Whole plant is here to stay.